Westwood Village, which is overflowing with pizza and Asian restaurants, only has a few restaurants serving Mexican food, surprisingly. Of those few, Frida Mexican Cuisine is the only one that is a sit-down restaurant with a bar. 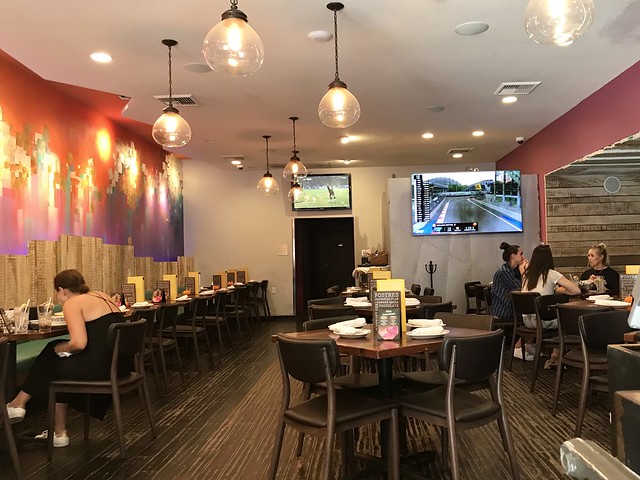 Frida, which has their flagship in Beverly Hills, is definitely more upscale than its competitors, with matching prices – entrees ranging from the high teens/low $20’s to $44.95 for filet mignon. Pricing is slightly lower at lunchtime, so you can get a two-taco combo for $11.95 (as opposed to $12.95 for dinner). 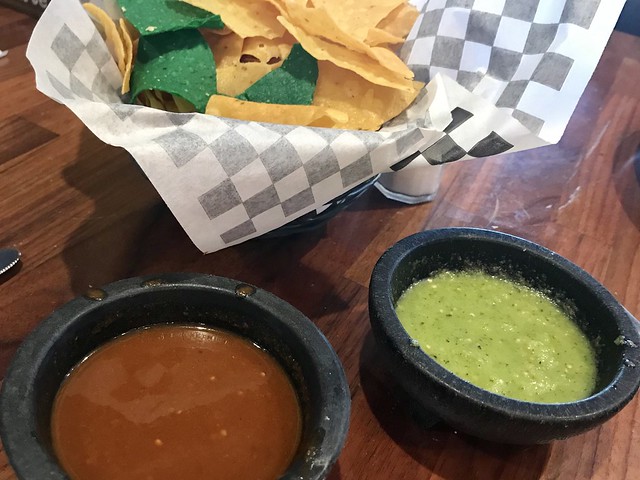 The usual chips and salsa are provided gratis, including some bright green chips, which were tacky and a little off-putting. The red salsa was surprisingly mild and lacking flavor, almost as if it was watered-down. For once, I found myself gravitating toward the infinitely better salsa verde. 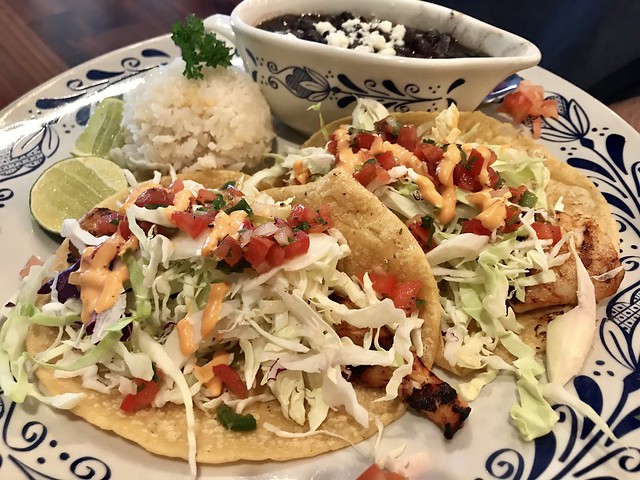 For a pescatarian, the cheaper options are limited to the veggie taco combo, not the most exciting of choices. The Baja-style fish tacos were significantly more expensive ($17.95) for either grilled or fried dish, with cabbage, chipotle sauce (which looked more like a chipotle mayo) and pico de gallo. As if to make up for the cost, the tacos were served with a tureen of black beans and a small scoop of white rice. The tacos were decent, with the fish being cooked perfectly in a freshly made corn tortilla. 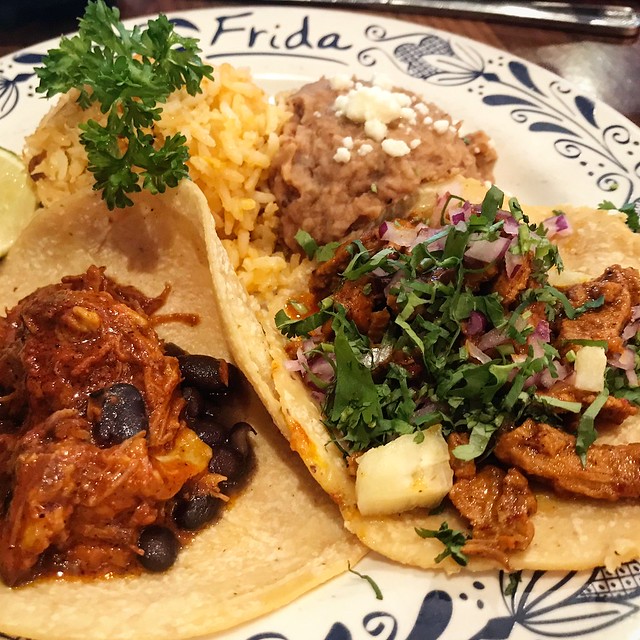 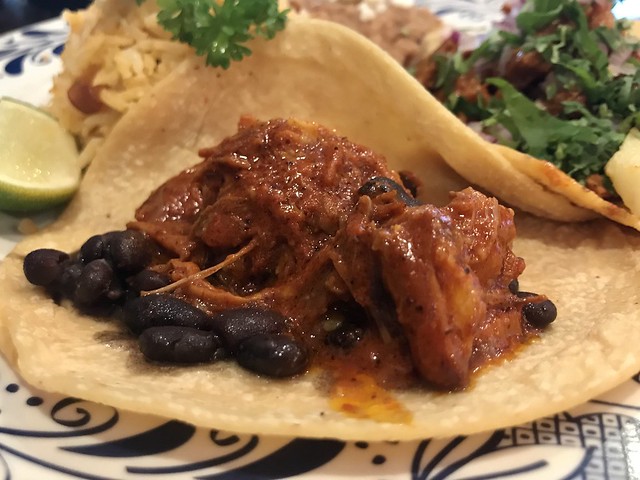 My cochinita pibil taco was rather sad, just a couple of tiny chunks on top of some black beans. It was like someone had scraped up the last bit in the pot. To add insult to injury, one of the two chunks was pure pork fat. 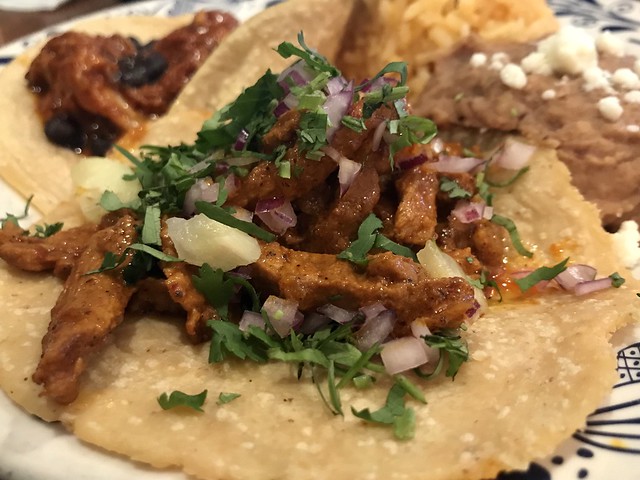 The al pastor was better, a decent portion of pork, with red onions, cilantro and pineapple. The rice and beans were cold, as if they had been sitting around for a while. 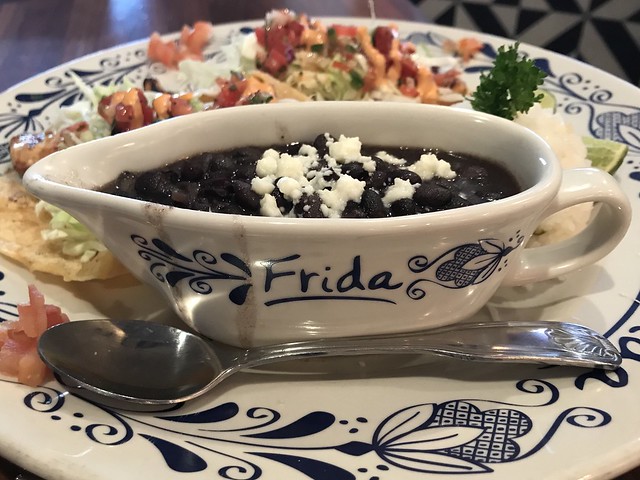 On Tuesdays, Frida offers $2 tacos at the bar, which is a far better deal than at lunch. At those prices, I wouldn’t have been as disappointed with my cochinita pibil taco. Sadly, your choices for Mexican food in Westwood lean towards mediocrity. If you’re looking for good Mexican food, you’ll have to go a little further afield.