“Delicatessan” may be in the name, but don’t expect to order corned beef and pastrami sandwiches at Delicatessan by Osawa. At this Pasadena fast casual restaurant, Japanese food is the name of the game, by wife/husband team Sayuri and Shigefumi Tachibe who run Osawa, which was praised by the late food critic Jonathan Gold. 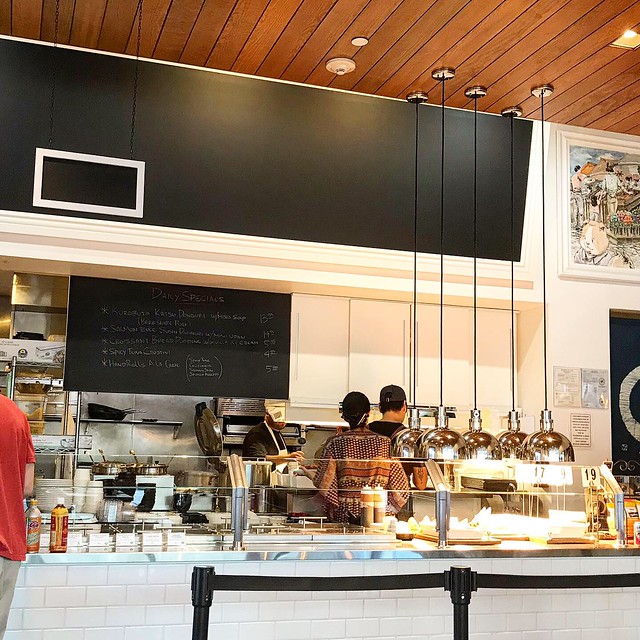 You can either order at the counter or grab one of their ready-made meals from their refrigerated section. Rice bowls and bento boxes comprise the bulk of the menu, with a couple of udon and salads for good measure. Pricing is fairly reasonable – rice bowls  entrees range in price from $10.25 for an oyako don to the soy glazed black cod don at $16.50. 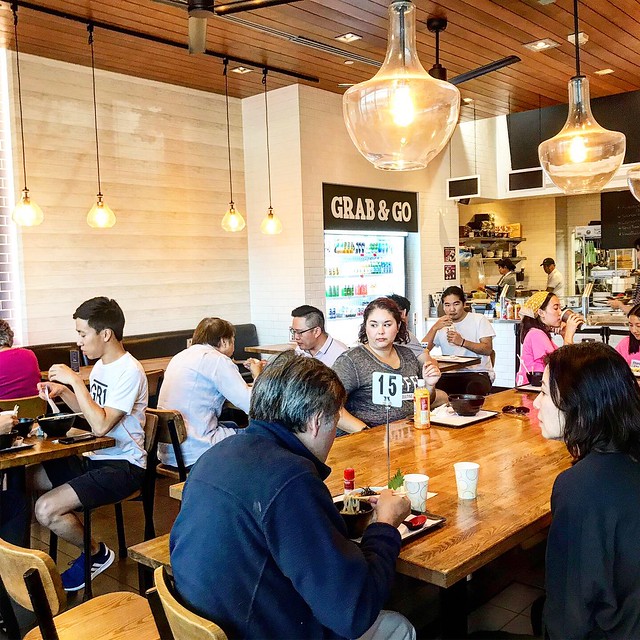 Bentos come with rice and miso soup, along with a couple of veggie sides. The chicken katsu ($12.50) came with a generous portion of cutlet, almost enough for two. 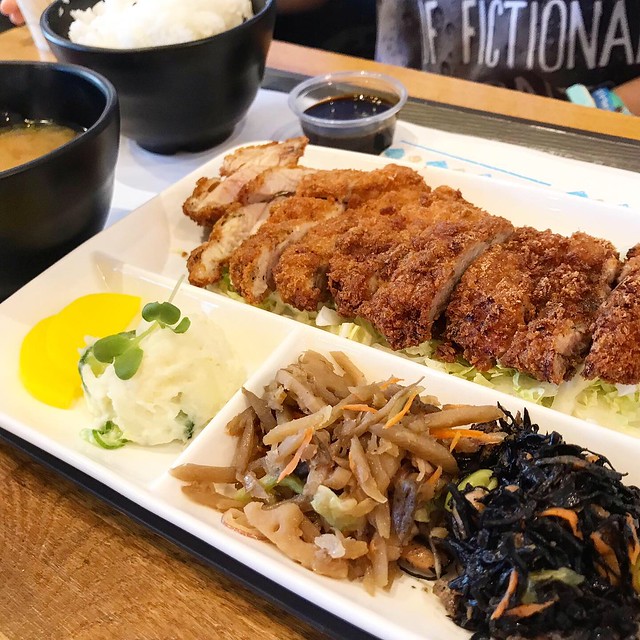 The Miso Salmon Bento (which at $12.50 was the same price as the katsu) had a big piece of salmon simply marinated and cooked perfectly. It was flavorful, yet light and healthy. 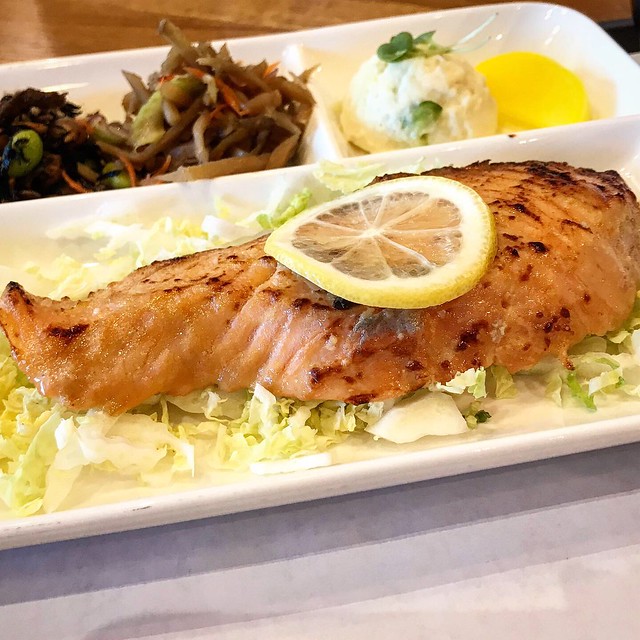 The chicken karaage ($11.50) was not quite as intimidating as the katsu in terms of portion, drizzled in a sweet chili sauce. While I liked the karaage, my only complaint is that it was cooked beforehand, so the pieces were on the cold side. Luckily, I like cold fried chicken, though I know most people don’t. 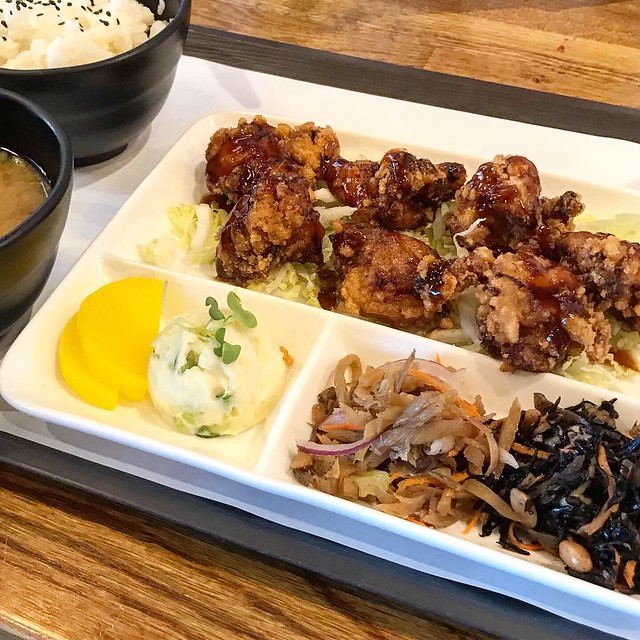 The bentos came with picked radish, potato salad, gobo and renkon kinpir (sautéed lotus roots and root veggies seasoned with mirin, sake and soy), and hijiki (seaweed) and soy beans. The same veggies are in their Sozai Bento or Veggie Don, which at $13.25 was more expensive than even the salmon (making it difficult for me to order it). 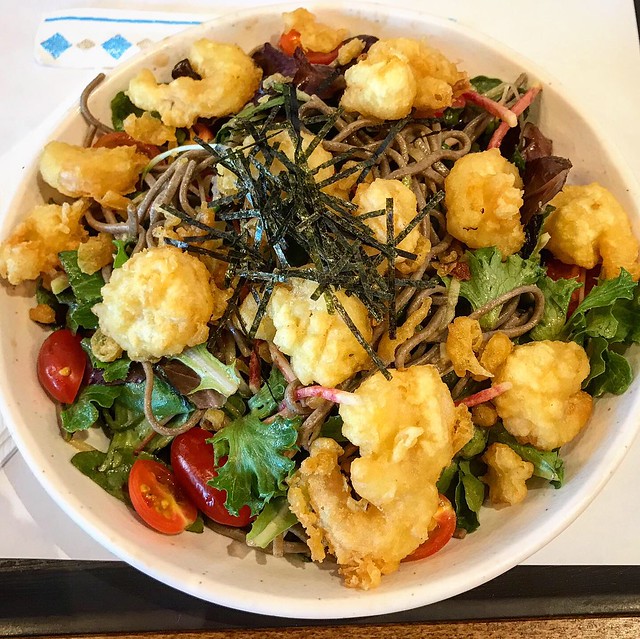 The Fried Shrimp Soba Noodle Salad ($13.50) was a stunner with fried shrimp on top of a seasoned buckwheat noodle salad, with tomatoes, watermelon radish and seaweed. It was light and refreshing and a better indication of the talent in the kitchen. 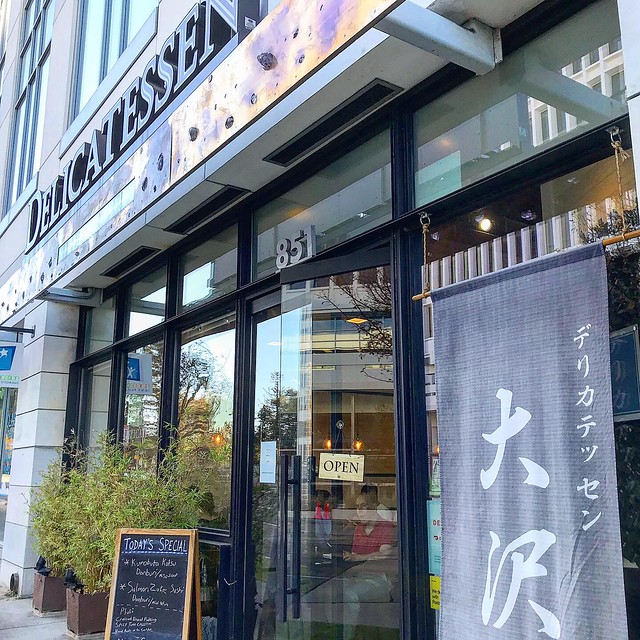