Upon hearing rumors that Nate ‘N Al might be moving from its location in Beverly Hills,  it seemed like time to revisit, just in case they were true. This classic Jewish deli has been part of Beverly Hills for almost 75 years and was recently sold to entertainment exec Irving Azoff and his wife Shelli Azoff. (The Azoffs also recently purchased The Apple Pan, another LA institution.) 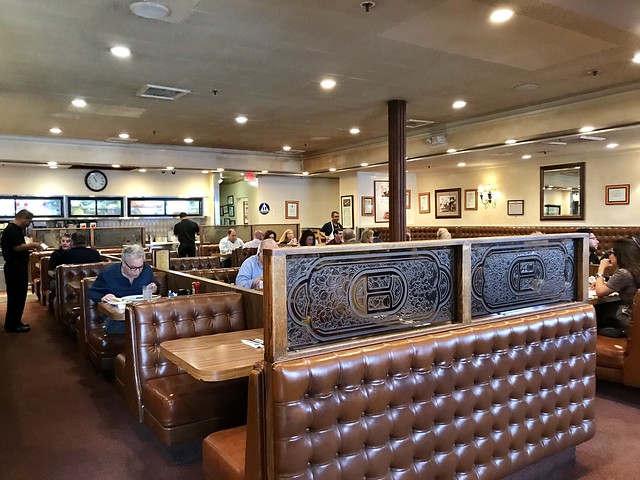 Nate ‘N Al hasn’t changed much over the years, which is part of its charm. The large dining room is filled with comfortable booths, as you would expect. The expansive menu is 10 pages, ranging from breakfast to lunch to dinner entrees. The menu has been updated to include breakfast burritos and gluten-free bread – though they still don’t have avocado toast, kale or quinoa. 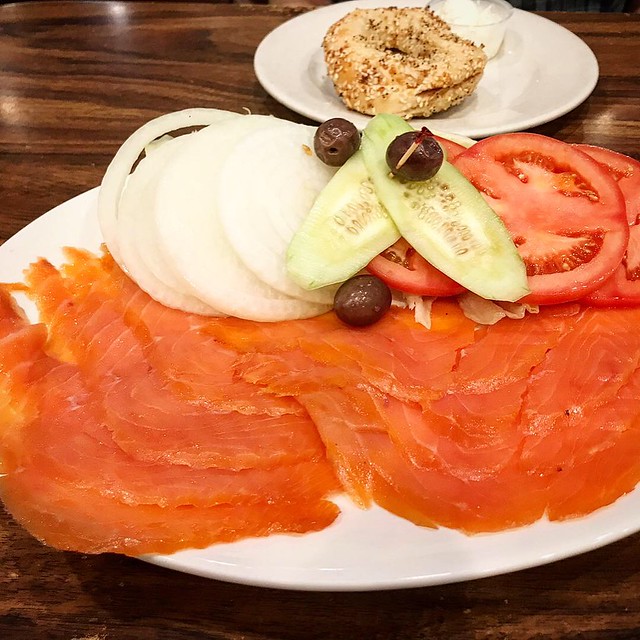 After hiking in Franklin Canyon, we had worked up an appetite for breakfast and split one of the Lox Fish Platters ($29.95). The platter came with 2 bagels, cream cheese, tomatoes, onions, cucumbers and olives. 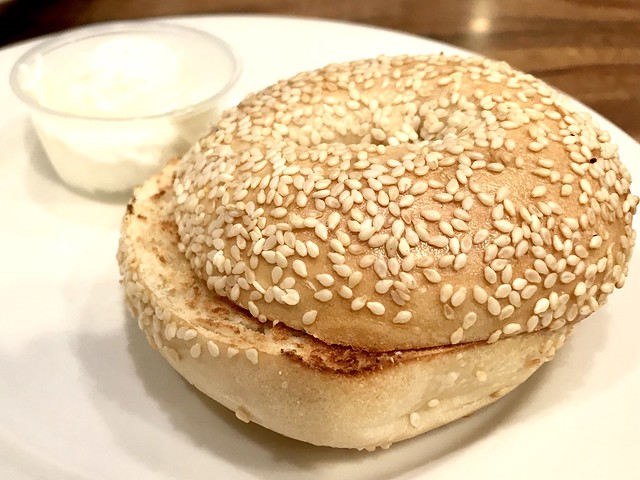 I was horrified to see that the everything bagel looked like it had been squished, with a large indentation where a thumb must have been. I immediately deleted all photos of it, not wanting to show something so unappetizing. My sesame bagel (above) escaped being man-handled. 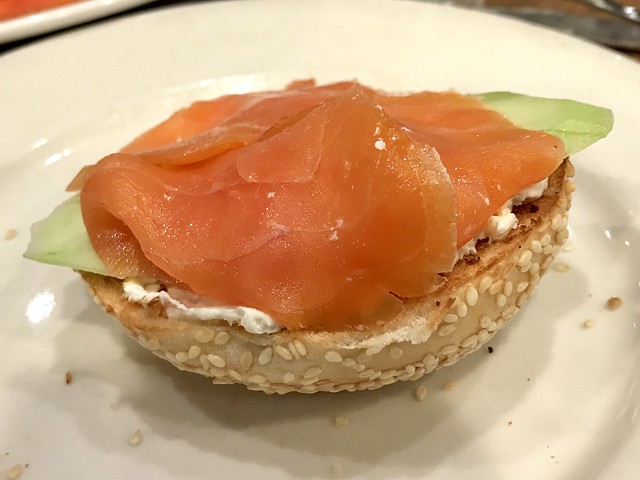 Lox is ungodly expensive (as are delis, in general) so the portion of salmon was decent for the price. I think I must be spoiled from having eaten some fantastic lox in my life –  the lox here was fine. It lacked that luxuriousness of the really good stuff, though it was significantly better than the prepackaged stuff. The cucumbers and olives seemed more like a garnish, with only a couple of thing cucumber slices and three Greek olives.

Nate ‘N Al was known as a celebrity haunt back in the day (which might explain why the guy at the table next to us kept turning around to see what I was taking pictures of). These days not so much, but it’s a good place to wax nostalgic, right down to the chipped, faded coffee mug from their 70th anniversary. The prices will have you longing for the good ol’ days too.