Under normal circumstances, reservations at n/naka are notoriously difficult. Every Sunday, timeslots are released three months in advance for the multi-course $275 kaiseki dinner and are gone in a blink of an eye. When dining in was no longer an option, chef/owner Niki Nakayama pivoted to offering $38 bento boxes at her two Michelin starred restaurant. Like the reservations, pick up times for the bento boxes are released via Tock on Saturdays at 10am and disappear faster than tickets to a BTS concert. 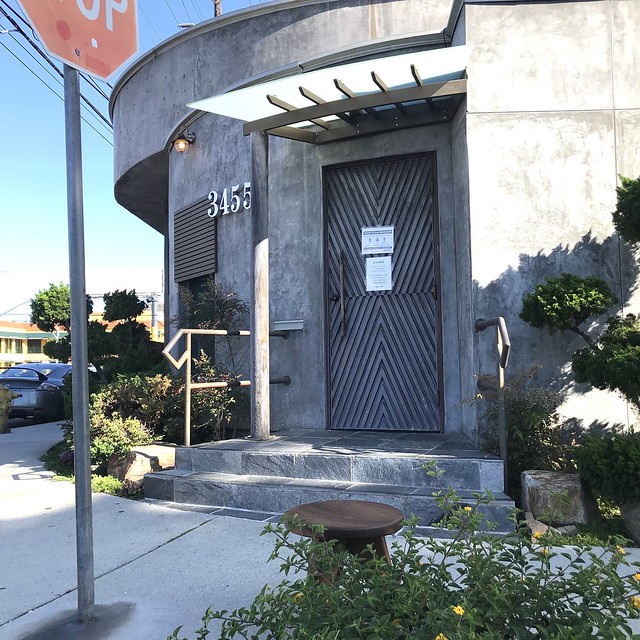 If you’re unable to secure a timeslot, you can sign up for the waitlist. In the event that someone cancels, they will send an email blast to all those that have signed up for that particular day, and the first one to respond wins. I was lucky enough to snag a couple of bento boxes for a 4:45pm pick up – a tad early for dinner, but I knew I was lucky just to get a spot. 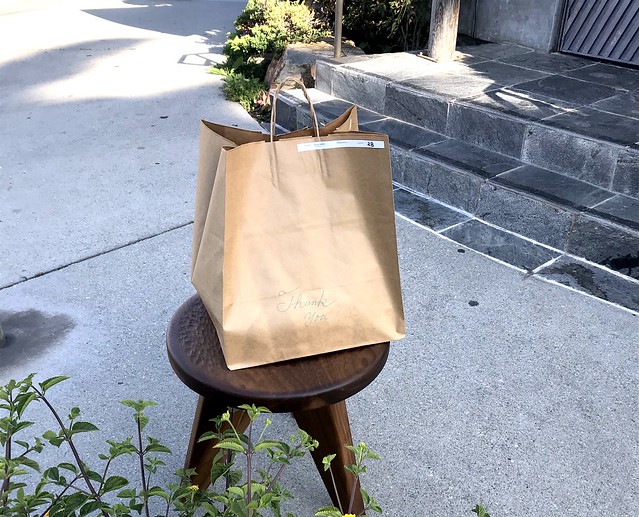 When it’s your pick up time, you’ll find someone is stationed outside the restaurant with a clipboard. She will check your name, retrieve your bag and set it on a stool for contactless pick up. 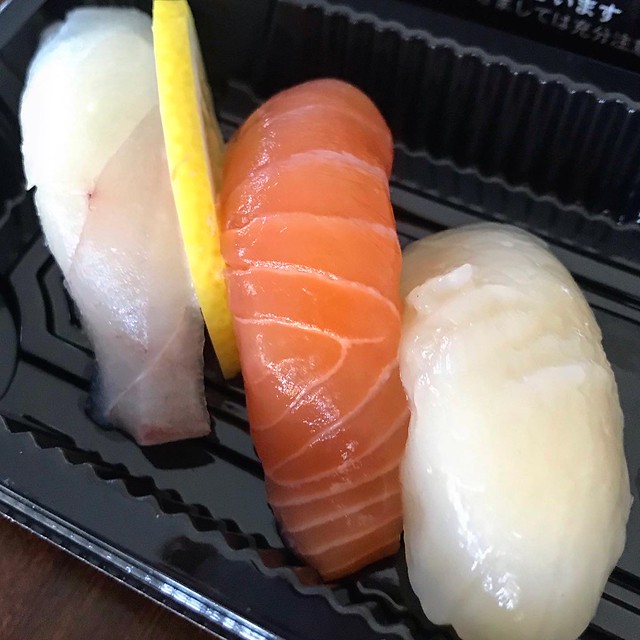 The $38 bento box comes with three pieces of sushi and a cut roll. I was missing a scallop sushi from one of the trays, which only had two pieces in it, along with the roll. If my meal had been delivered, I would have been convinced that the driver ate it. Unfortunately for me, my husband said the scallop was exceptional. That was a bummer, but there’s a pandemic raging so I can hardly complain. 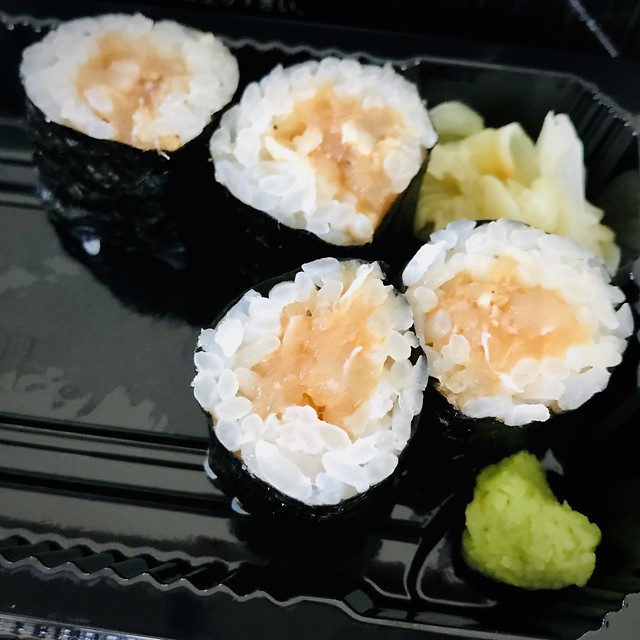 The bento box was beautifully composed and included a guide to the contents in each compartment. 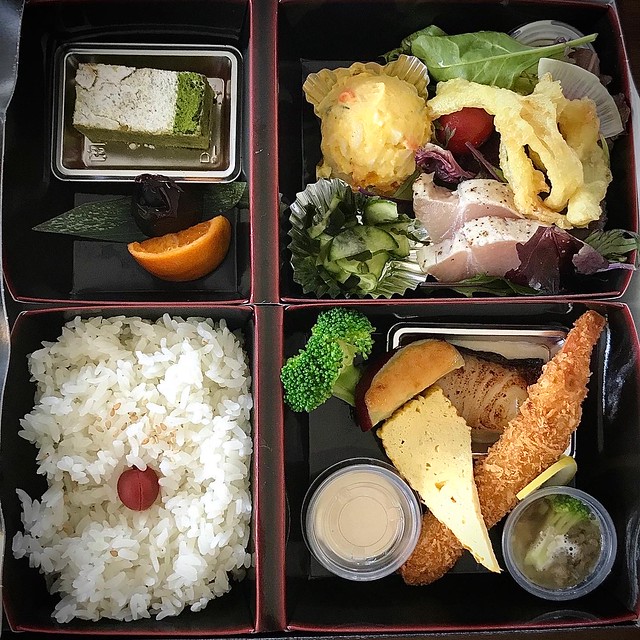 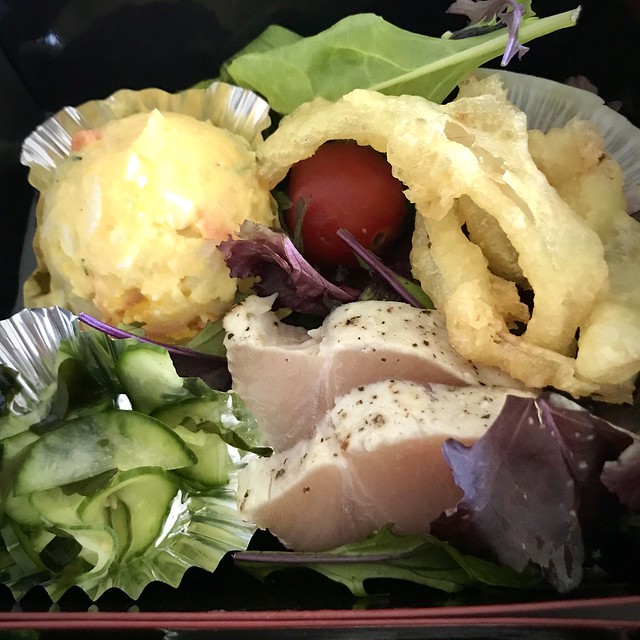 Another contained panko-fried shrimp with sesame aioli, miso-marinated black cod on sunchoke puree, a thimbleful of A5 Wagyu nikogori, a slice of roasted sweet potato with shoyu kogi and a sliver of tamagoyaki (egg omelette). 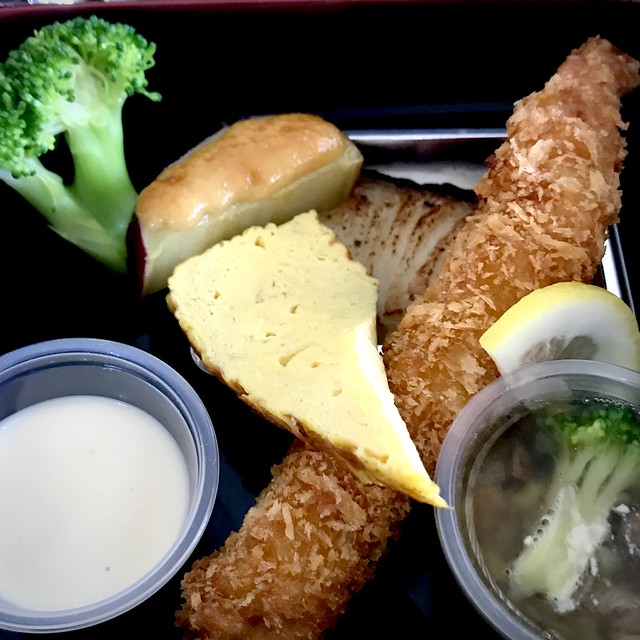 A side of rice with a pickled ume plum rounded out the meal. For dessert, there was a slice of matcha white chocolate cake (yum) and umeshu (plum wine) jelly. 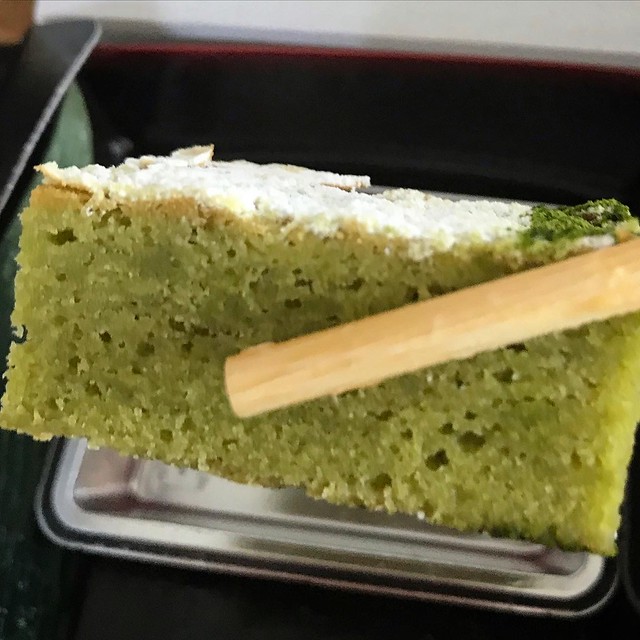 Everything was perfectly executed (except for that missing piece of sushi), with the fish dishes being the best of the bunch. The weakest was probably was that teeny plastic cup of nikogori, jelly with the teeniest scraps of beef, that seemed more like the remains of a dish. I have to admit, I am unfamiliar with it, and for all I know, it’s a stellar rendition. I may have been expecting too much from that sweet potato, too. N/naka has since changed their bento box offerings, and neither is included in the latest version. It’s a light meal, but we ate all the rice and found ourselves content.

For those who are more flush with cash, there is also an $85 Kaiseki Jubako, with higher ticket items like duck and sashimi. Even at that higher price point, it’s still considerably less than their normal $275 kaiseki dinner. Will I ever experience that kaiseki dinner? Probably not, but at least I can say that I’ve tried n/naka.