If there’s one thing I learned during the pandemic, it’s don’t order Mexican food on Cinco de Mayo. I started that day thinking I wouldn’t, but then I thought I should support a new restaurant trying to stay afloat. Thus, I foolishly placed my order online for pick up at Bar Hermanito, which soft opened in February. 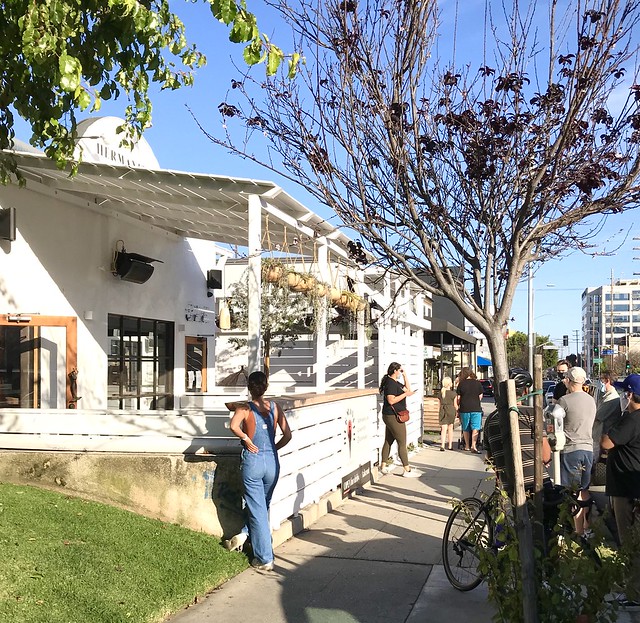 When it’s not Cinco de Mayo, they have easy curbside pick up, but the parking spots in front were taken. A cluster of people all wearing masks and practicing social distancing stood outside. I called to say that I was there and was told there would be a 10-15 minute wait. Ha. It was over an hour. By that time, a good-sized crowd had formed. When people started complaining, someone finally announced that they were overwhelmed and that the wait would be more like an hour, apologizing and offering refunds to those who wanted to cancel. Luckily for me, my order was out next. 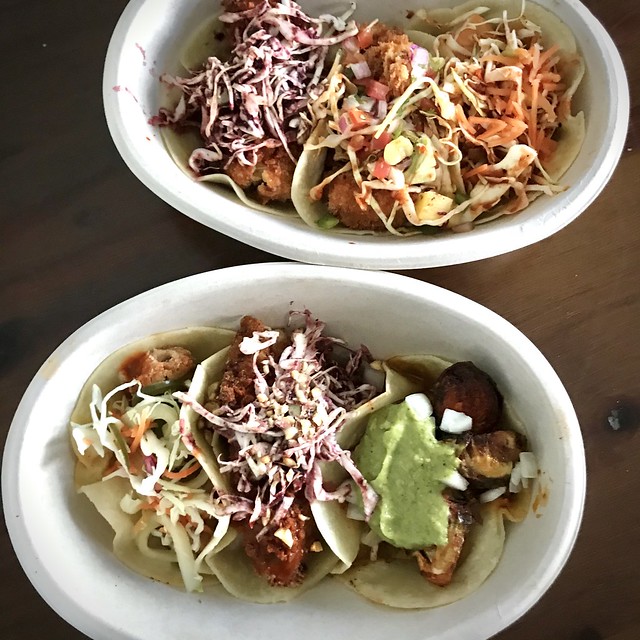 By the time I got home, I was famished. On Tacos Tuesdays, Bar Hermanito has a $15 Triple T Special – three tacos, two Tecate beers and one roll of toilet paper (a sign that this was a pandemic special). The Sonoran-style tacos were served on thin flour tortillas, which weren’t quite hearty enough to contain the various fillings. (It looks like they’ve switched to blue corn tortillas since my visit). 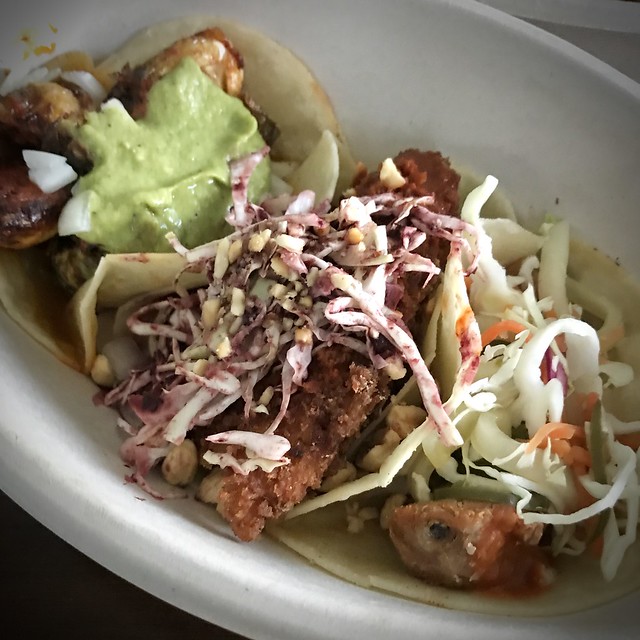 Flavors are a fusion of Mexican with Japanese accents, in acknowledgement of the neighborhood. Instead of the traditional carnitas, Bar Hermanito has miso birria pork belly as a filling.  The tacos are on the small side (my pork belly taco was gone with two or three bites), with most priced at $5. 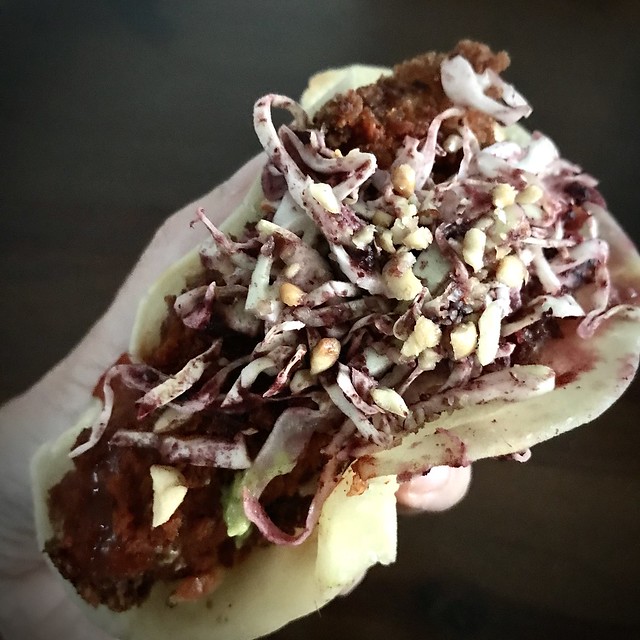 The Japanese fried chicken taco, which didn’t taste particularly Asian, had a sizable piece of breast meat topped with a sweet agave slaw and Japanese peanuts, and was the biggest of the bunch. The miso marinated fish salmon taco was good, but my favorite  was the al pastor marinated brussels sprouts taco with salsa aguacate. It was so flavorful, that I didn’t miss having meat at all. (Too bad my pescatarian husband’s order got messed up, and he got a fried chicken taco instead of the sprouts.) 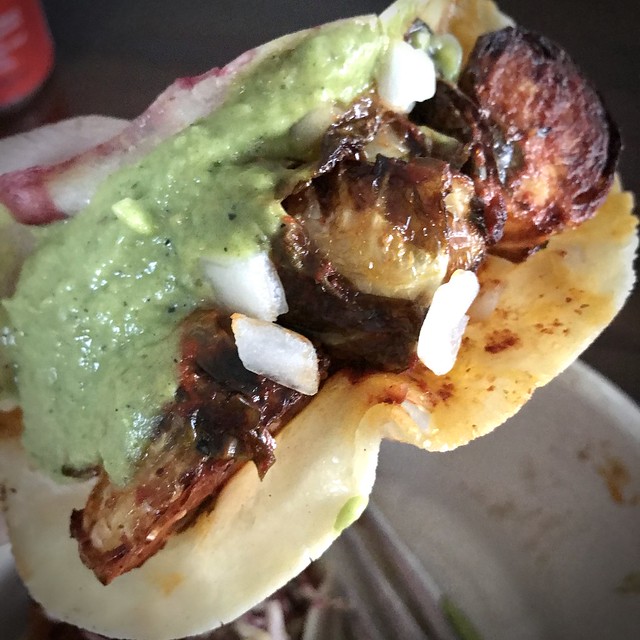 Bar Hermanito has a patio area and an interesting drink menu, especially their cocktails which incorporate Japanese influences. Once dining in is permissible, it looks like a cool place to enjoy a couple of beverages and some bites. By the time the next Cinco de Mayo rolls around, this place should, hopefully, be even more hopping. As for me, I’ll be hiding at home voluntarily, eating anything but Mexican food, reminiscing about my crazy COVID-19 Cinco de Mayo.