When restaurants were forced to close for dine-in business, Brandon Kida, the executive chef of Hinoki & The Bird in Century City, started Go Go Gyoza, a frozen dumpling delivery service. It instantly became popular, resulting in a two-week waitlist. 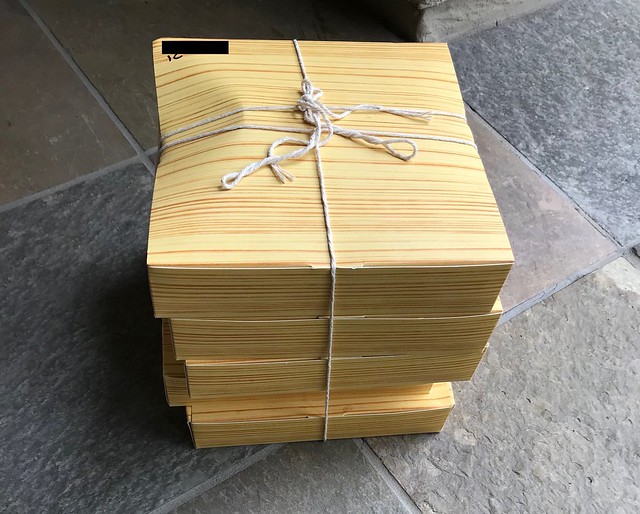 When your turn comes, you’ll provide your order and delivery info, along with payment via Venmo. It’s $8.50 per dozen (contrary to initial reports of $5 per dozen), plus a $10 delivery fee. On the day of delivery, I received a text saying that they would be there in 20 minutes, with a follow up text after delivery. Sure enough, after receiving my confirmation text, I went downstairs and found my package, neatly tied together. 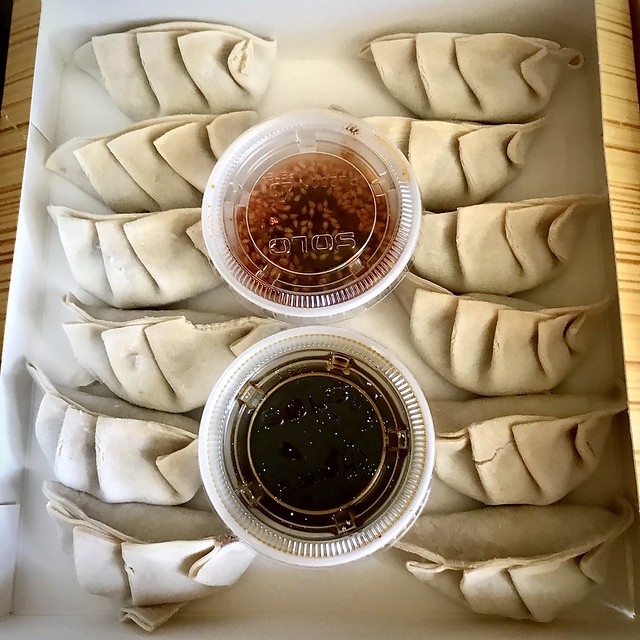 Each order comes with a couple of sauces – a chili oil and an aromatic soy sauce. Initially the three flavors were chicken, beef and veggie. Dumplings can be prepared a variety of ways – steamed, boiled or fried. I chose a fried/steaming method that I normally use on frozen dumplings. 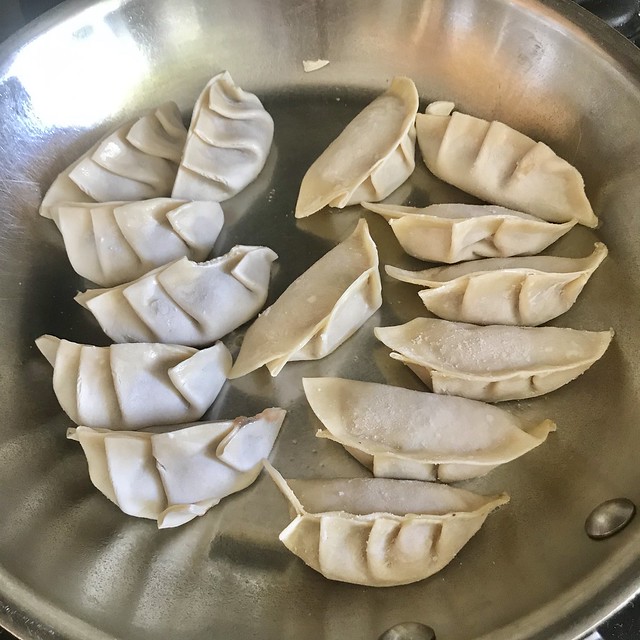 I thought beef was an unusual filling, since pork is more common. The chicken worked better as a filling, with hints of ginger within the delicate wrapper. 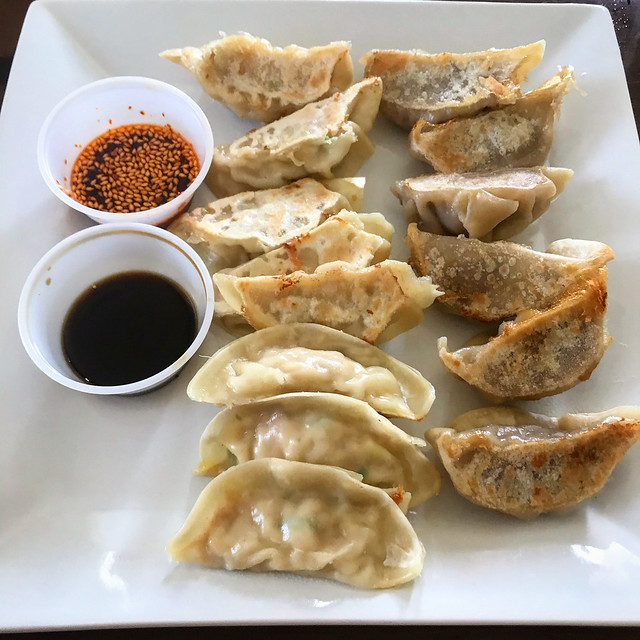 The veggie dumplings came a bit clumped together, which was a little disappointing. As if to make up for it, I did get an extra veggie dumpling in each box. Filled with a mixture of tofu and mushrooms, the gyoza contain egg and are not vegan. As with most veggie dumplings, they are on the bland side and benefited from that chili sauce to give it more oomph. 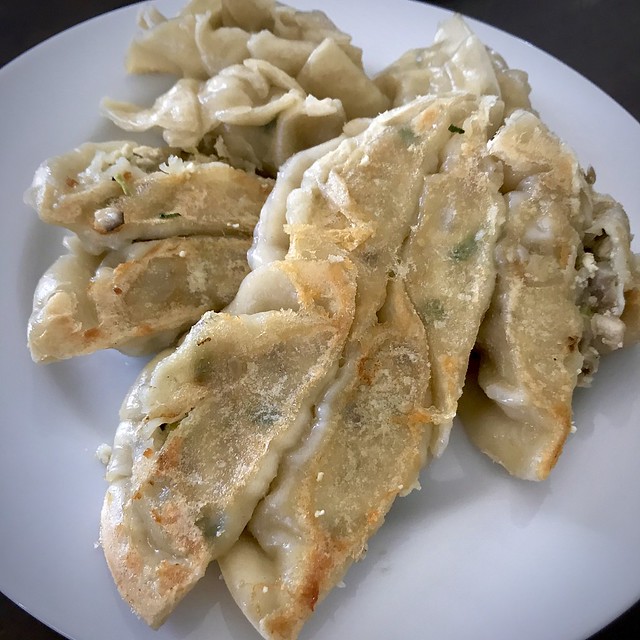 Deliveries are only twice a week (within a limited range), though there is a pick up option available in Century City. Go Go Gyoza has now replaced the beef with a pork option  (which I’m going to guess is probably the best of the bunch). Hinoki & the Bird may have been out of my budget, but with Go Go Gyoza, I can afford to eat food created by the same chef while I quarantine at home.