Though it bears an Irish name, neither one of the chefs here are named Fiona. Nicole Rucker and Shawn Pham are the culinary team behind this cute cafe on Fairfax, with Rucker flexing her baking skills and Pham overseeing the Asian-influenced menu. 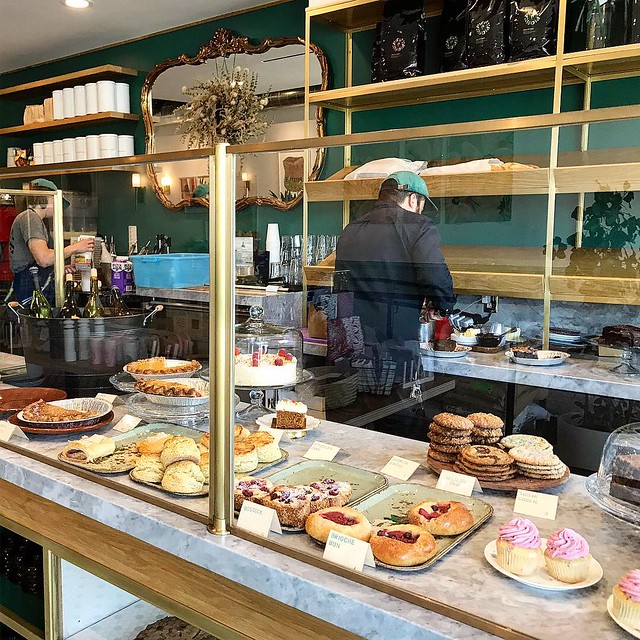 I had been meaning to try Fiona since they opened, but life intervened. When we were in the neighborhood after eating lunch, it seemed like a good opportunity to sample their baked goods. 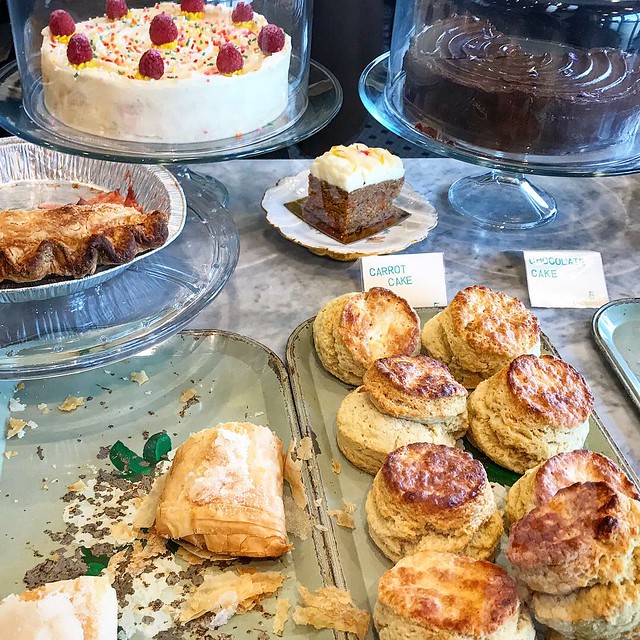 Rucker is considered one of LA’s best bakers and looking at the bakery in the front of the restaurant, it’s easy to see why. The tempting assortment of pies, cookies, cakes and scones were almost too overwhelming to contemplate. After much agonizing, I selected three. 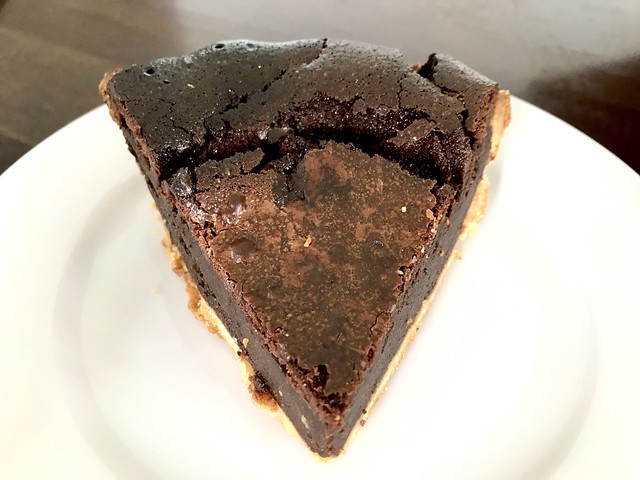 Bon Appetit had done a piece titled “The Chocolate Chess Pie at Fiona in Los Angeles Turned Me Into a Pie Lover.”  As a pie lover, I was curious how that pie would affect me. Would it cause me to swoon, ruining me for all other pies? Well, the answer was no. It was like a fudgy brownie with a pie crust.  Of the three sweets, it was my least favorite, though still good. 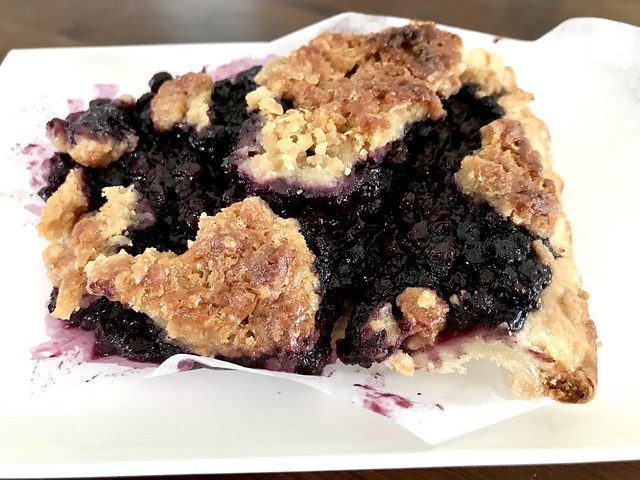 Rucker is famous for her pies and the berry pie was a better representation of her wizardry. The berries (the guy at the counter wasn’t sure what kind they were) really stood out, their natural sweetness offering a nice contrast with that flaky pie crust. If the fruit had been sweetened, it was quite restrained, allowing the berries to shine. 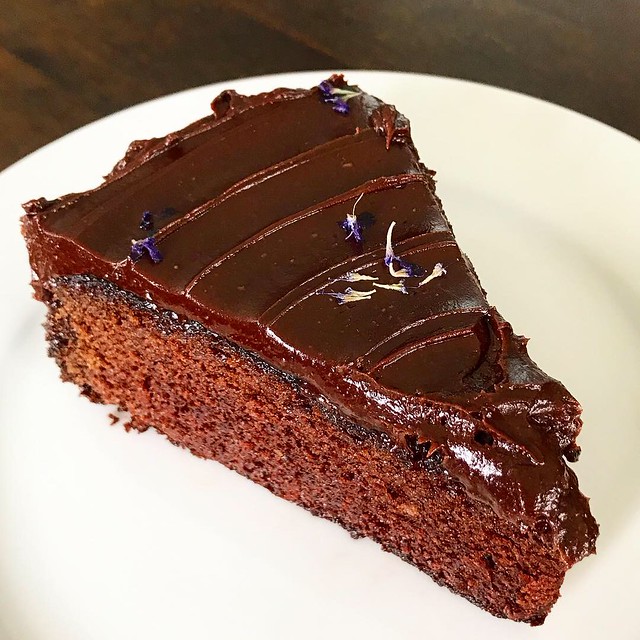 The last was a piece of chocolate cake, which was my daughter’s choice. I was slightly disappointed by her selection, but after one bite, I could see that my hastily rendered judgment was wrong. The cake had a moist texture, a density that was familiar – perhaps like a mochi cake. It was chocolatey, not too rich, and had a nice thin layer of frosting on top, with edible flowers.

If you’re not on a diet or looking for a suitable place to indulge, Fiona definitely has the goods worth the splurge. Next time, I’ll have to remember to save room to sample some of Pham’s dishes as well. I think there’s a Vietnamese fried chicken sandwich there with my name on it.