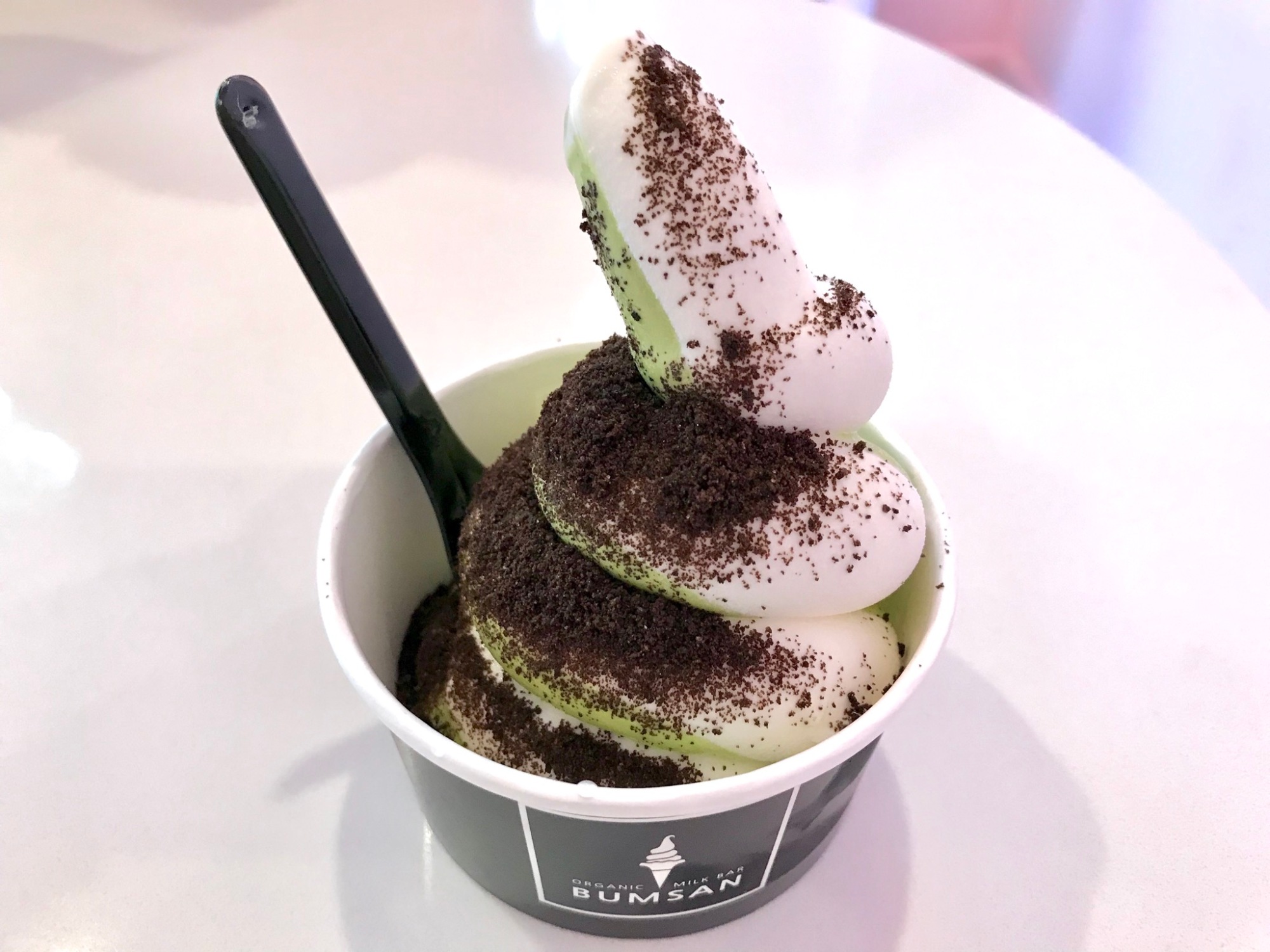 If there was no Instagram, would Bumsan Organic Milk Bar exist? This was the question that crossed my mind as I watched customers, including myself, order their decorated cereal cones, snap a pic and leave. 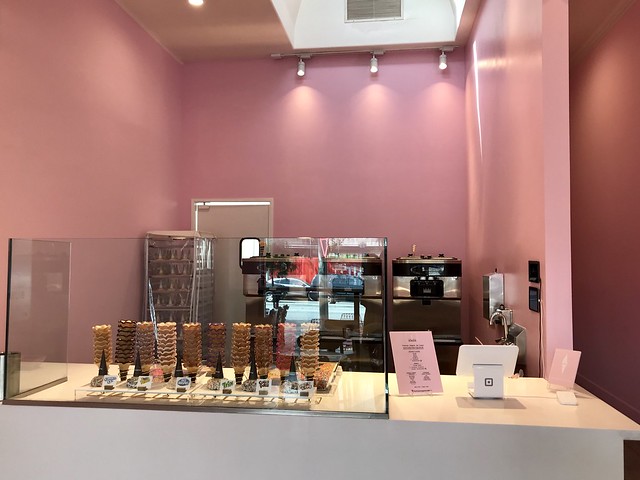 Like the Koreatown location, their second US store in West Hollywood is pink, pink, pink. The WeHo store has some indoor seating, along with seats out front so you can watch the action on Santa Monica Blvd. 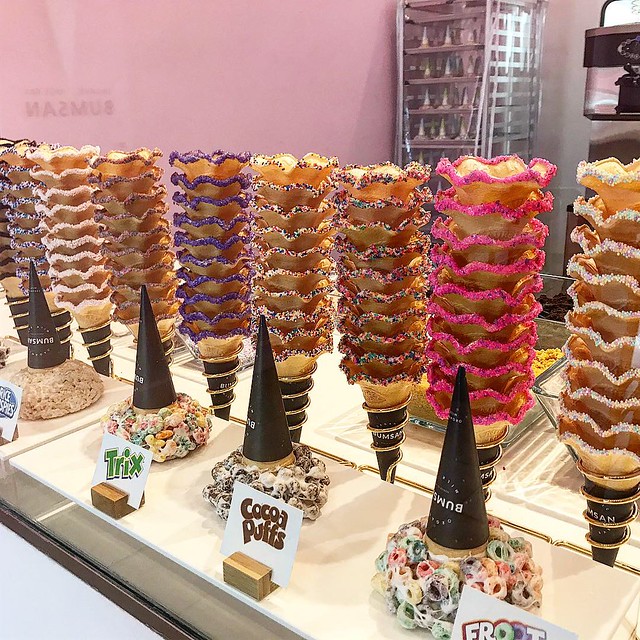 There are only a handful of flavors available, which they will happily let you sample. The milk comes from organic dairy producers Bumsan Farms in Korea – so yes, you can enjoy your soft serve, knowing that there are no GMOs or hormones in it.

A cup runs $4.95, while one of their cones decorated with sprinkles on the ridge runs $5.95. If you want their deluxe cereal come, you’ll have to fork over an extra $2.95 – almost a 50% mark up over their basic cone. You’ll have to use plastic (or Apple Pay), since they don’t take cash. 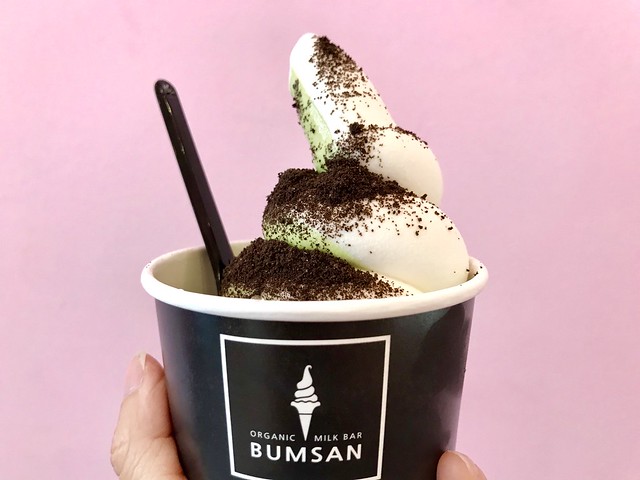 I couldn’t convince myself to pay extra for a fancy cone and settled for a cup of the True Milk and Matcha swirl, with an Oreo topping (first topping is free). The ice cream was fluffy and creamy, with only a hint of matcha flavor. The crumbs had been lightly showered on, giving it a faint Oreo whisper. 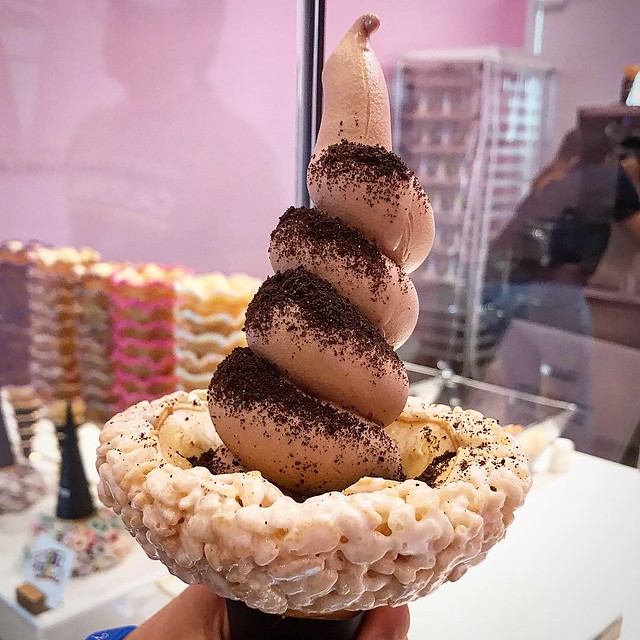 My daughter showed no such restraint with her order (though she had the decency to ask if it was OK for her to order a cereal cone). Her chocolate soft serve cone came encircled with a ring of marshmallow Rice Krispies. After eating the cereal, she couldn’t be bothered to eat the actual cone, which didn’t have much flavor and was a little stale. 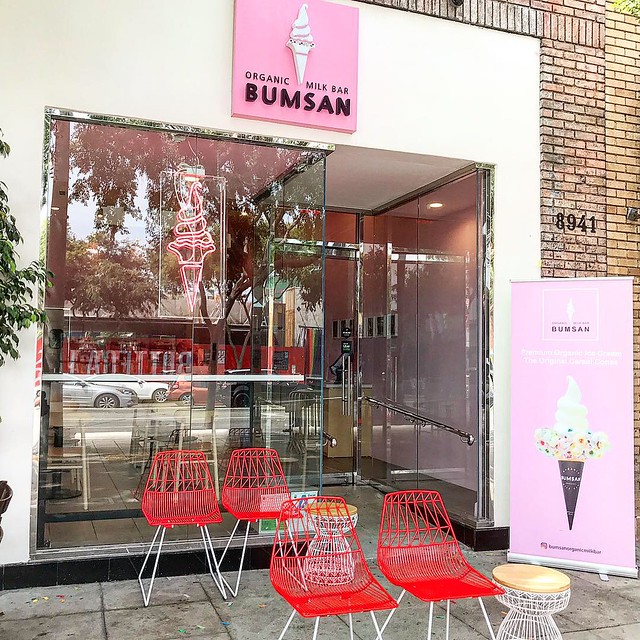 Though I’m glad to have tried Bumsan, next time I have an ice cream craving in WeHo, I’ll visit Salt & Straw a few doors down, where a mere $5 gets you a healthy scoop of ice cream and $7 scores two scoops – a much better bang for my buck. Judging by the crowd outside Salt & Straw and the relative emptiness at Bumsan, others feel the same way, too.