If you’ve never considered pouring booze into your cereal, Humphry Slocombe will have you dreaming about the possibility.  One taste of their signature Secret Breakfast, a bourbon-infused ice cream with corn flakes, and you’ll look at breakfast in a whole new light. 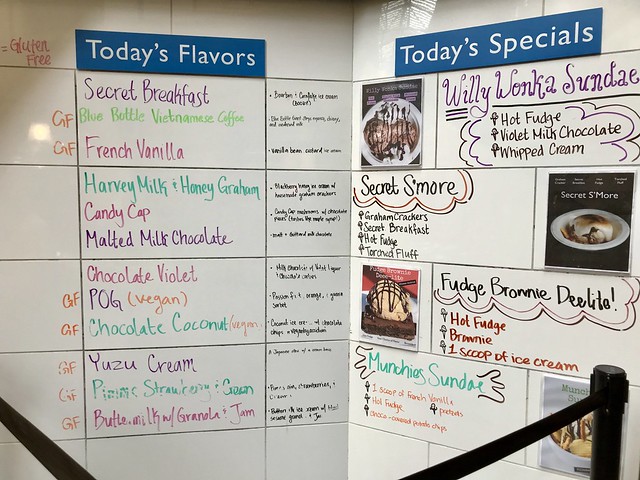 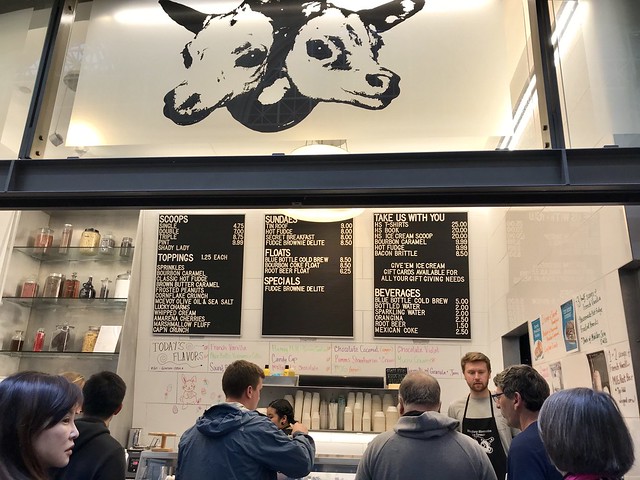 This location has 12 flavors, including gluten-free and vegan options. A single scoop is $4.75 and a double is $8. The Fudge Brownie Delite, a brownie with your choice of ice cream smothered in hot fudge, costs $8. 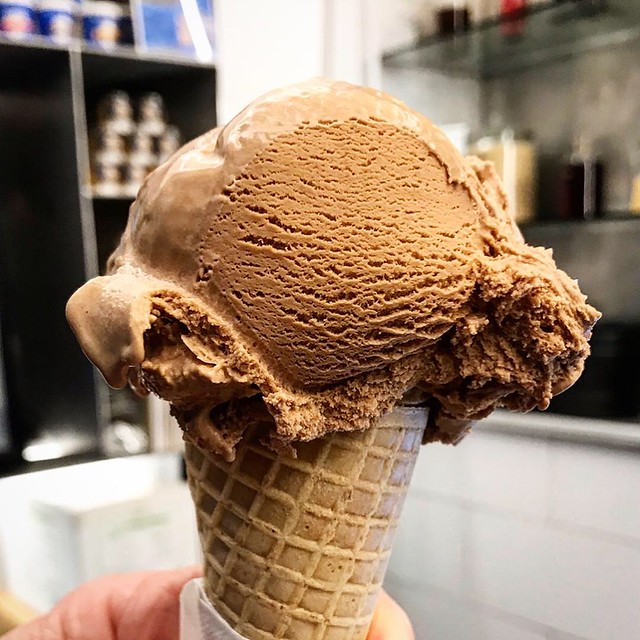 My husband’s Malted Milk Chocolate was excellent. He declared it the best he’s ever had. 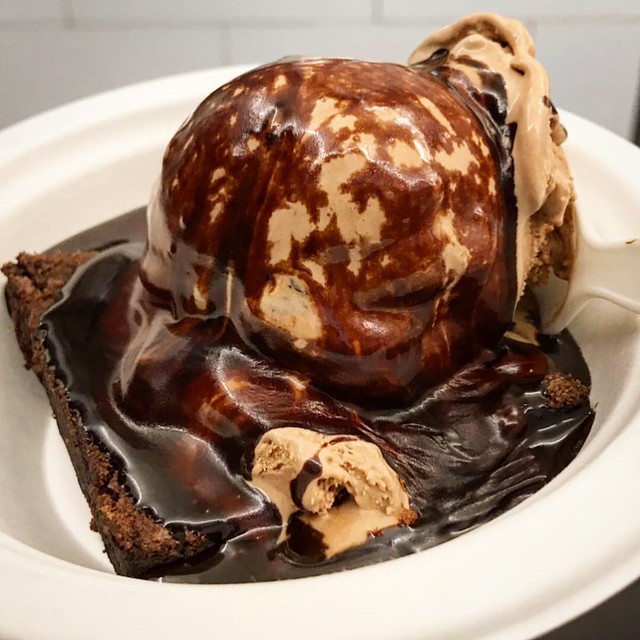 My daughter, who thought it was too cold for ice cream, only wanted a brownie, but was told that it was only sold as part of the Fudge Brownie Delite. Yeah, that arm needed no  twisting. The brownie was dark, moist and delicious. Coupled with a scoop of ice cream and hot fudge sauce, it was completely decadent and totally worth it. She wasn’t that hungry but managed to eat every single last bit (except for the bite that I managed to sneak). 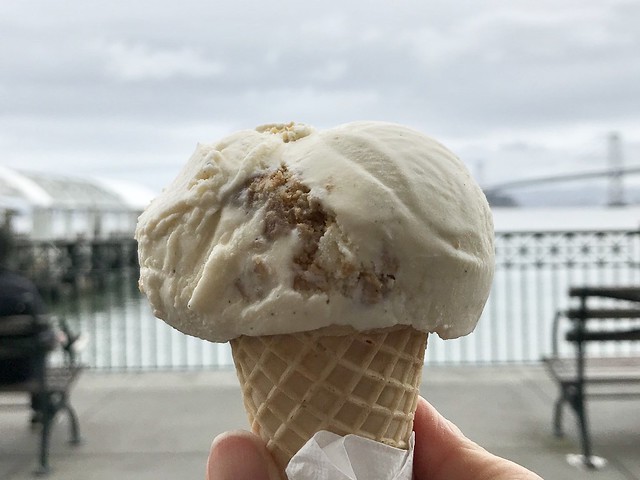 That Secret Breakfast ice cream though. I don’t know if it was the result of sheer genius or happy accident, but either way, it was amazing.  Humphry Slocombe managed to take the disappointment of missing a bus and make it a blessing in disguise. Normally this would be the point where I would wish that I had a Humphry Slocombe closer to me. Luckily, they opened a branch in Venice – not so close that I’d have to start buying larger-sized clothing, but just the right distance to make it a special treat (which it is).  Until my next visit, I’ll be dreaming about spiking my morning cereal.