Meat eaters, beware!  The newly opened Doomie’s in Culver City is a totally vegan restaurant –  so if you come here expecting a juicy burger, you will be disappointed. Doomie’s serves traditional American fare like hamburgers, fried chicken sandwiches and mac and cheese. There’s no clear signage indicating that they do not use animal products, causing the woman in front of me to double check that everything was vegan before she placed her order. It should be noted that Doomie’s does not accept cash. 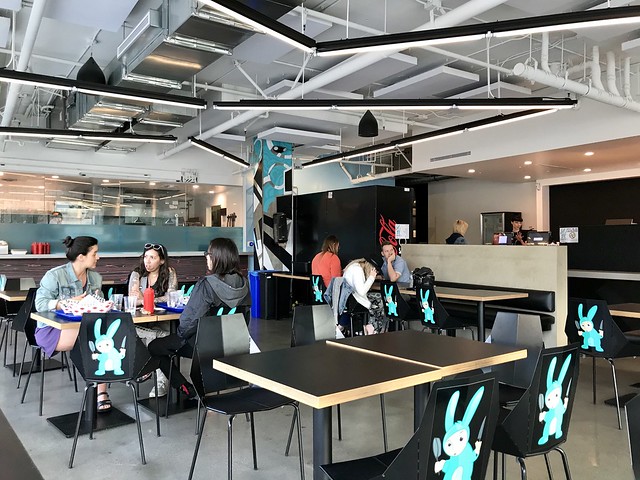 After you place your order, they take your phone number so they can text you once your order is ready. The dining room is pretty bare bones, much like a cafeteria, with the only decor being the character wearing a bunny suit emblazoned on the seat backs. 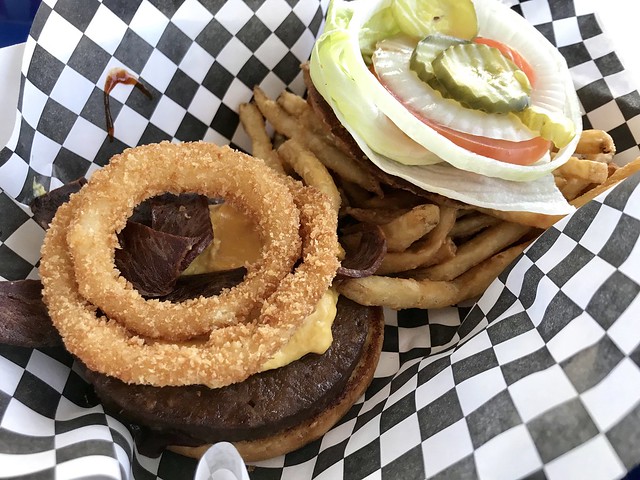 The Western Burger ($15.50) came topped with vegan cheese and bacon, onion rings, lettuce, tomato, pickles and BBQ sauce, with a side of fries. My husband, who does not eat meat, frequently orders veggie burgers, and this was probably one of the worst I’ve tried. The patty was quite unappetizing in appearance and tasted processed, like a Boca burger. I prefer places that make their own patties using fresh ingredients or the Impossible Burger. At that price, you should at least get a better patty and bun since you’re not even paying for wait service.  As far as burgers go, you’re better off at Monty’s Good Burger, which uses superior ingredients for the same price. 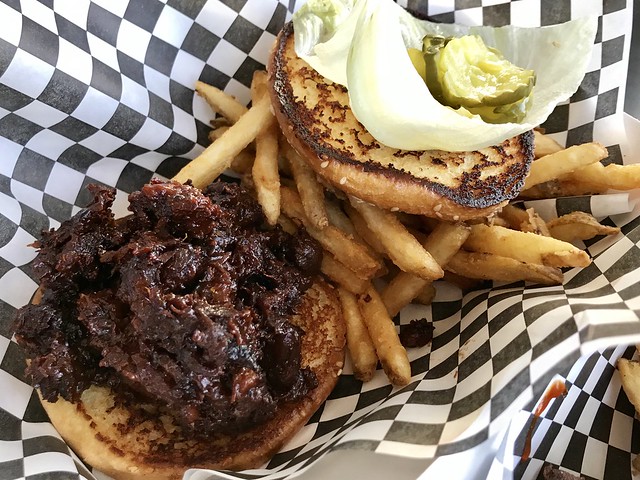 More successful was the BBQ Pork ($14). Made from mushrooms and soy, it tasted more like meat – though it had more of a jerky texture and could have used more sauce. The sesame bun reminded me of the ones you would buy in a pack at the market. My sandwich came with a giant leaf of iceberg lettuce from the very outer layer, which made it difficult to eat. The fries were good, but fries are usually vegan, unless they get fried in beef tallow. 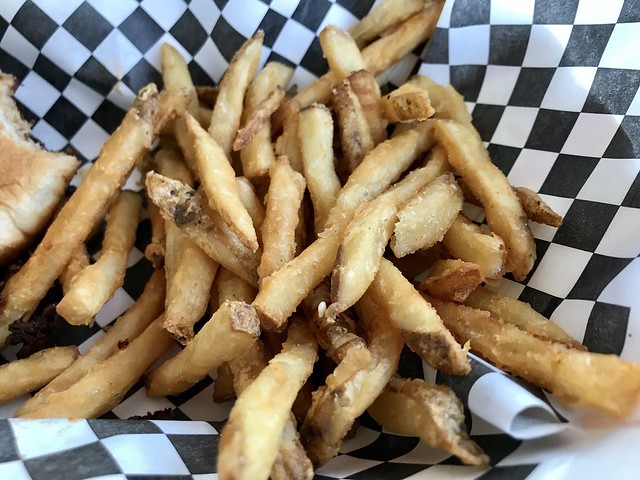 As far as food goes, vegans can get better fare at a restaurant that isn’t exclusively vegan. I can’t think of a good reason why they should come to Doomie’s instead – unless they don’t want to support a place that isn’t 100% vegan and want to be ensure that their food will be 100% vegan. In that case, there’s restaurants like Native Foods or Sage Vegan Bistro. 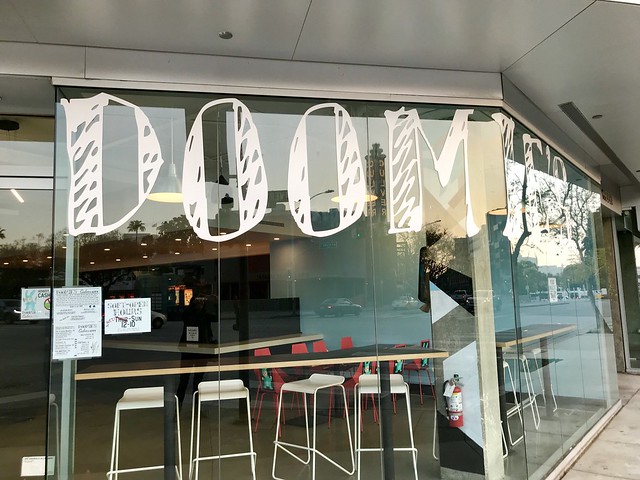 If I haven’t dissuaded you (or perhaps you’ve been intrigued by the meatless BBQ Pork sandwich), there’s free parking in the building off Duquesne.