The ocean’s made its way to Century City. The newly opened Shuck House Seafood + Oyster Bar in the Westfield Century City serves seafood, with even a raw oyster bar in the food court (yes, you read that correctly). 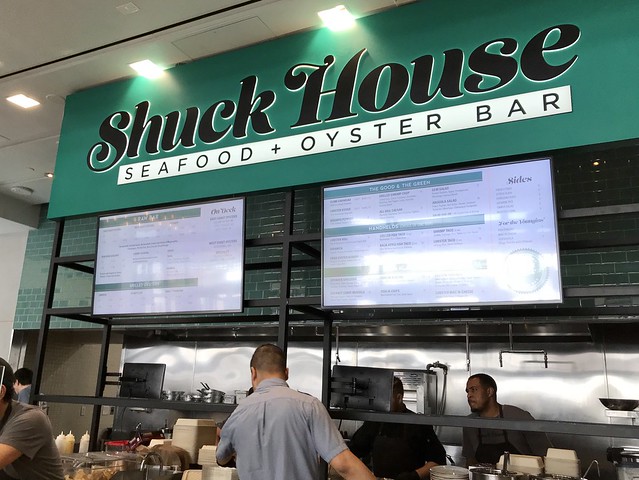 The menu covers sandwiches, tacos, salads and entrees like fish and chips and bouillabaisse, in addition to the oysters. Of course, there is clam chowder. You can either choose to eat at the counter or take your buzzer to one of the tables in the food court. 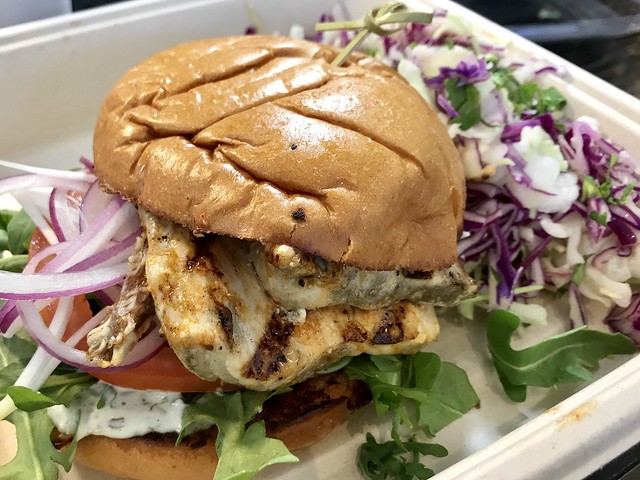 Raw oysters are not our thing, so we stuck with ordering a couple of  items off the handheld menu. The Fishwish contained two pieces of grilled fish, red onion, tomato, arugula and a lemon caper aioli. It was a pretty straightforward presentation, nothing surprising but decent. 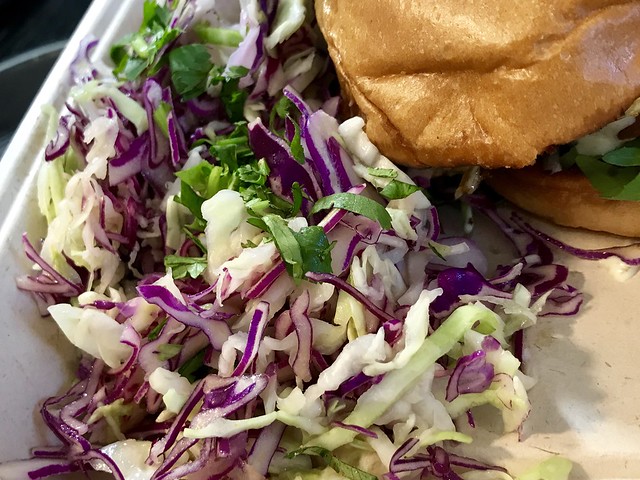 Their handhelds came with a choice of side. The citrus slaw was a refreshing departure from cabbage drenched in mayo or a heavy vinaigrette, though it didn’t have much flavor. It was probably one of the healthier side choices, along with roasted corn. 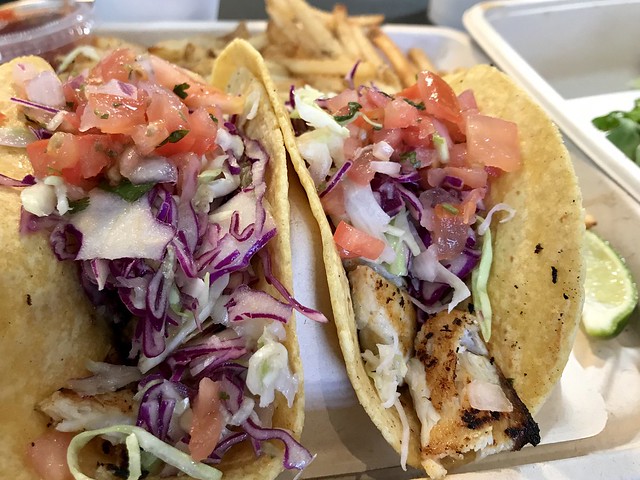 The Grilled Fish Tacos had barramundi, pico de gallo and more of that citrus slaw. While everything tasted fresh, it wasn’t too flavorful, and needed a good squirt of lime to liven things up. You’ll get a much better fish taco at a Mexican restaurant. 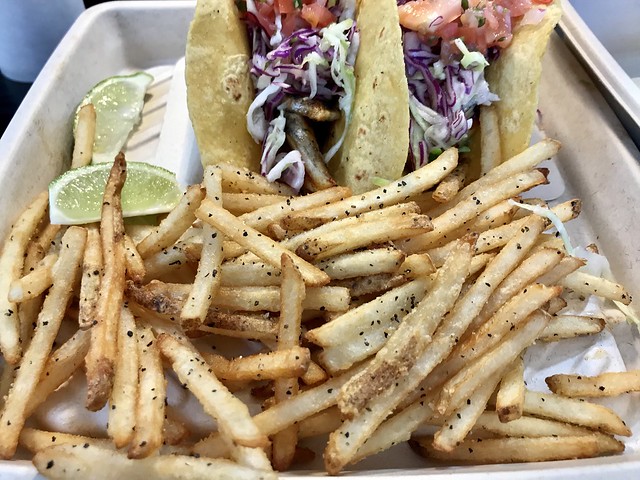 Their French fries, though, were irresistible, skinny fries heavily salted and peppered. Even though I told myself I would not finish the entire serving, they tasted too good, and I failed miserably.

Shuck House is probably about what you would expect from a seafood place in a food court, maybe a little better since it seems like the seafood is fresh and not frozen. Prices are on the slightly higher side, but the handhelds do include a side. While the food may not be that exciting, Shuck House does give seafood lovers a reasonably priced alternative to Eataly’s Il Pesce Cucina. With the money you save, you can treat yourself to some gelato at Bacio di Latte.