When I heard that there was authentic dim sum in Beverly Hills, I was struck by disbelief. (Then again, if you told me there would be xiao long baos in Century City, I would said that was crazy talk.) Sure enough in August 2018, Capital Seafood opened on La Cienega’s Restaurant Row, serving dim sum daily until 3pm. The only thing more shocking than its opening was the amount of time it took me to finally check it out. 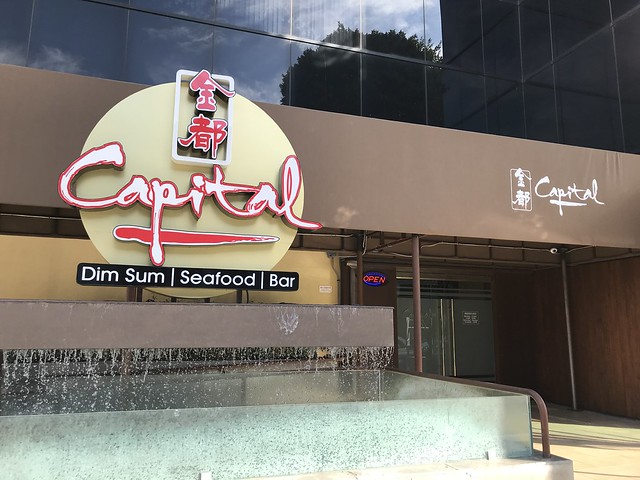 Capital Seafood occupies the bottom floor of an office building (along with Spice Affair), so it’s fairly easy to miss driving by.  The dining room was surprisingly small, a fraction of the sprawling dining rooms found on the Eastside. 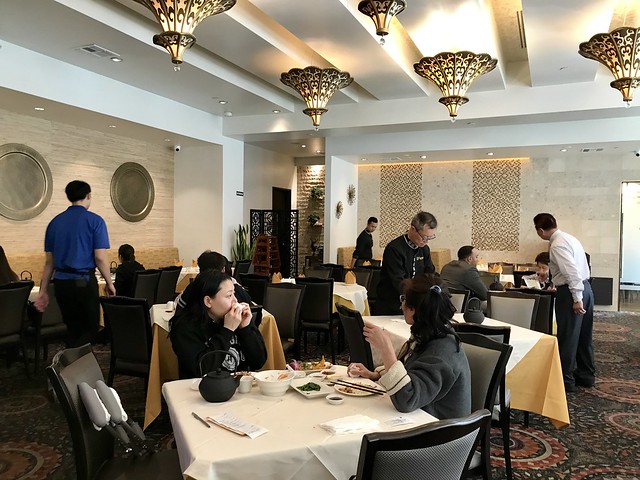 Orders are taken via a paper menu on which you check off your desired items, ensuring that your food won’t be getting stale circling around in a cart. 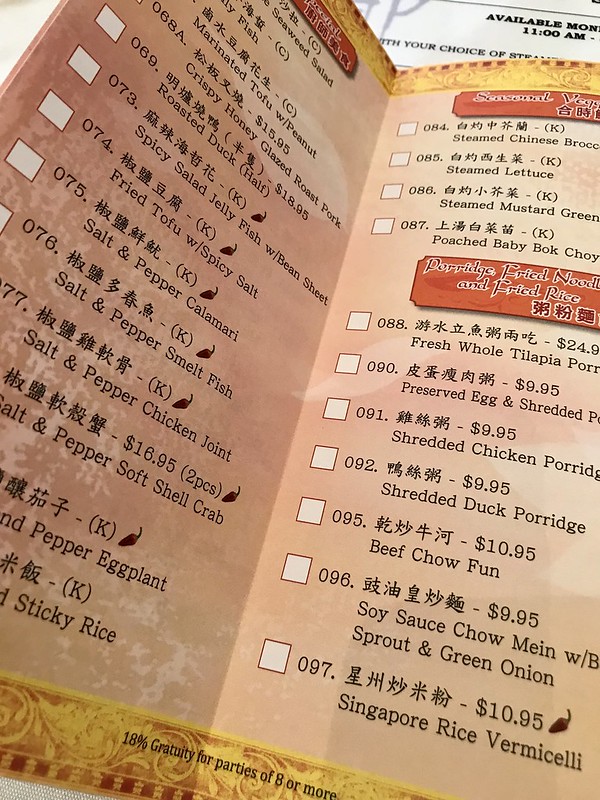 There are no prices for the dim sum items on the menu, which threw me for a loop – so I exercised a bit of restraint, ordering only five dishes for two people. 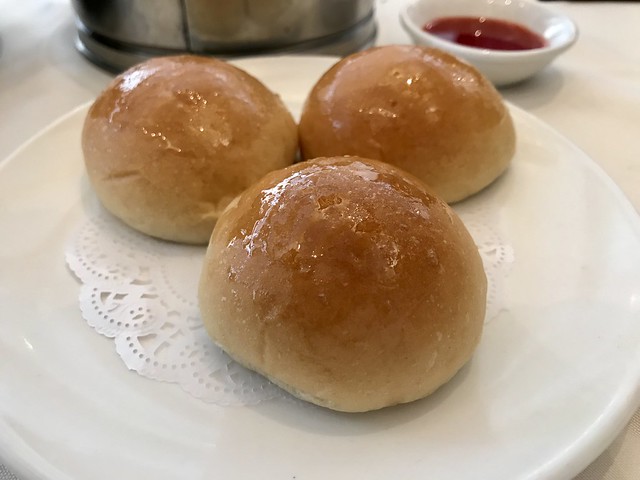 The first item to arrive were the baked BBQ pork buns – a little on the dry side, but the filling was decent.

The xiao long baos lacked the delicate perfection of those over at Din Tai Fung. I can’t comment on how they were because my daughter ate them all, but she gave them her approval. 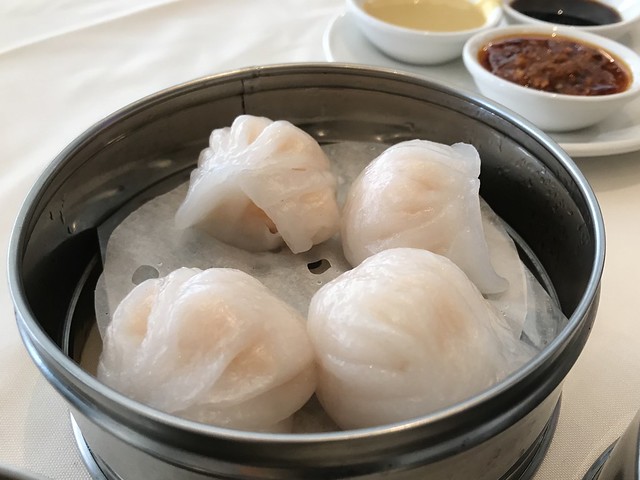 The har gow and siu mai were fine, not remarkable in any way (I’ve been spoiled by the jumbo versions of both at Lunasia), but acquitted themselves quite nicely. 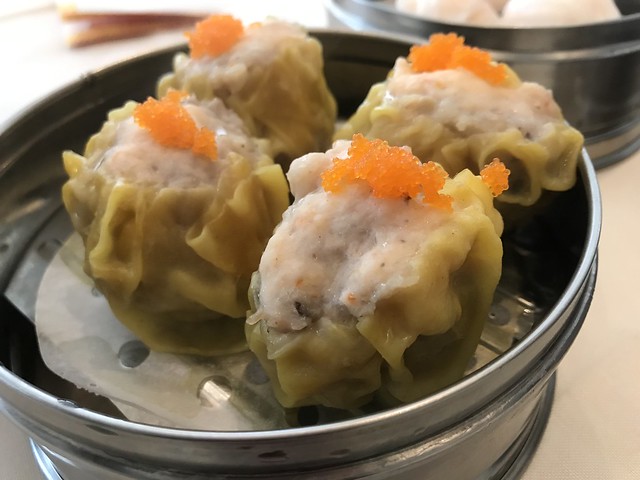 Without a doubt, the serving size of the shrimp rice noodles was the smallest I’ve ever seen, but the flavor was spot on. Too bad there wasn’t more. 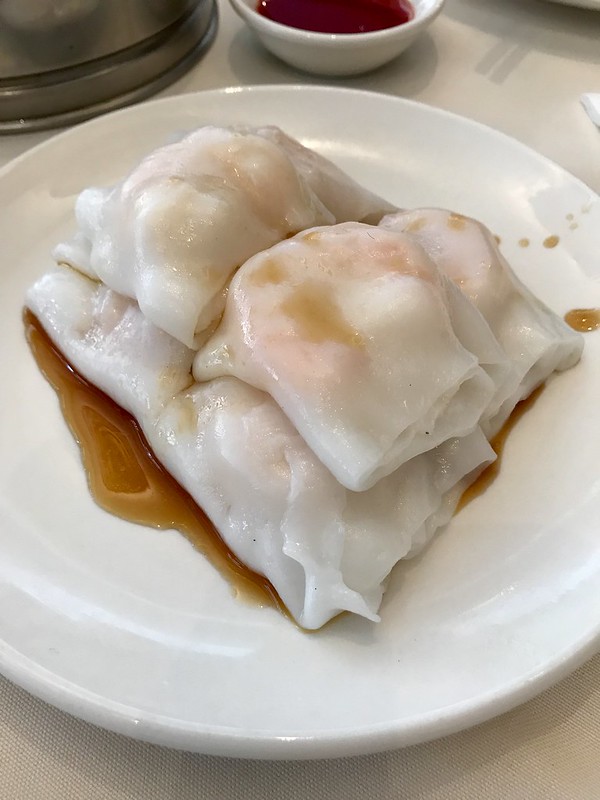 If you are not in the mood for dim sum, Capital Seafood even has lunch specials, in addition to their regular menu. 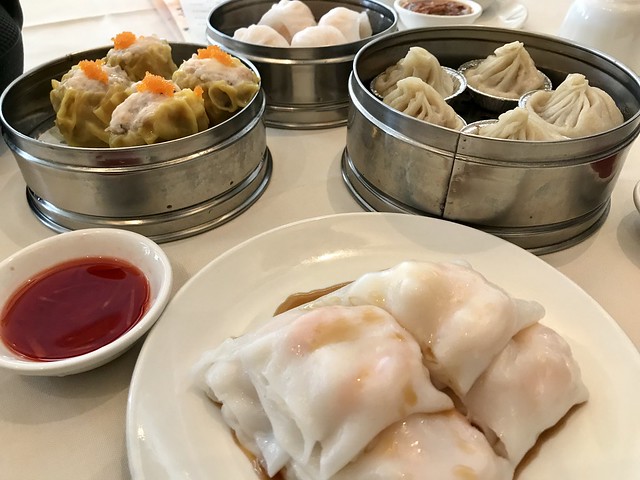 When the bill came, I breathed a sigh of relief. Nothing was as expensive as I had feared, with most items at $5.95. Had I known, I would have ordered more. Next time. With the time I saved by not trekking across town and waiting for a table (plus gas), I can afford to pretend that I’m fancy and splurge on dim sum in Beverly Hills.