I am not a vegan, nor ever will be. However, when I heard that Fala Bar was finally open at the Westfield Century City, I rushed over to try it, eager to stuff my face with falafels, under the guise of eating healthy in the New Year. 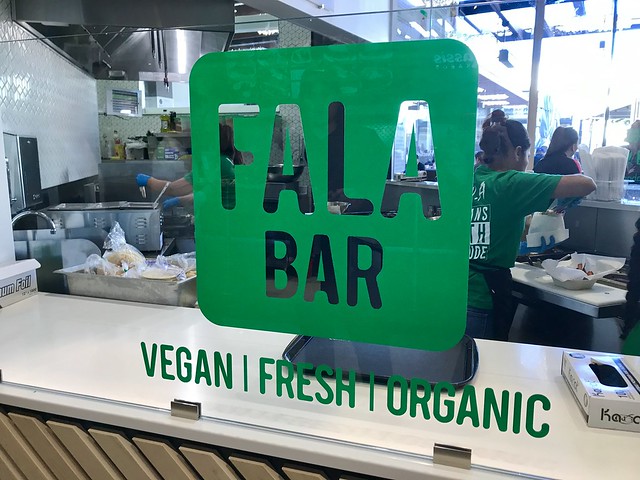 Normally eating organic and vegan does not appeal to me, so my willingness to put aside meat for a meal is not to be taken lightly. Of course, replacing meat with something deep fried isn’t exactly the healthiest option out there, but it’s pretty enticing. 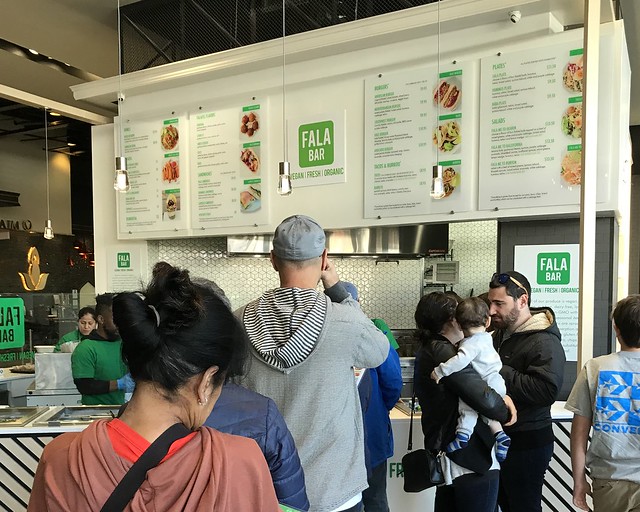 Judging by the line, others were similarly intrigued. Fala Bar’s menu covers everything from your typical pita sandwiches to burgers to bowls/plates to tacos and burritos. You have five different flavors of falafel to choose – from the Original chickpea to more exotic Sweet Potato or Kale, which both incorporate chickpea as its base. 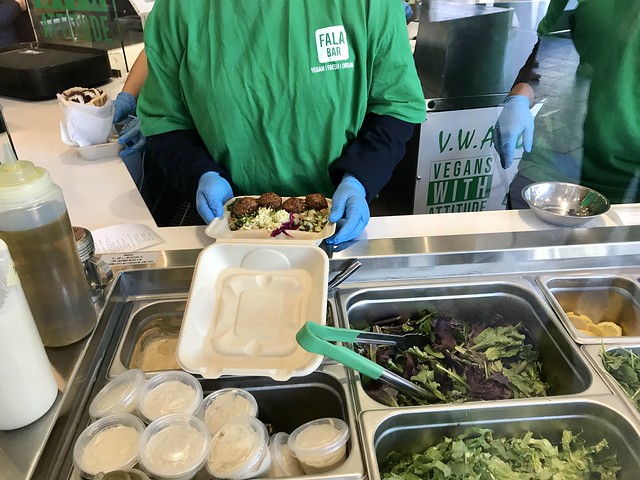 Orders are placed at the counter, and falafels are fried to order, ensuring their freshness. If you’ve ever eaten a falafel that was fried and sitting under a heat lamp for hours, you’ll know how much better freshly made ones are. 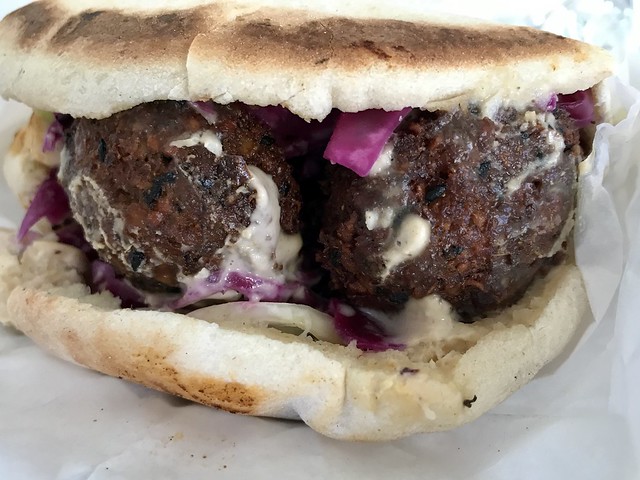 The Fala Sandwich, their namesake pita, had hummus, Israeli salad, cabbage and tahini enfolded in a pita. I can’t say this was particularly outstanding (this one had the original chickpea falafel), but it was a decent rendition that tasted fresh. 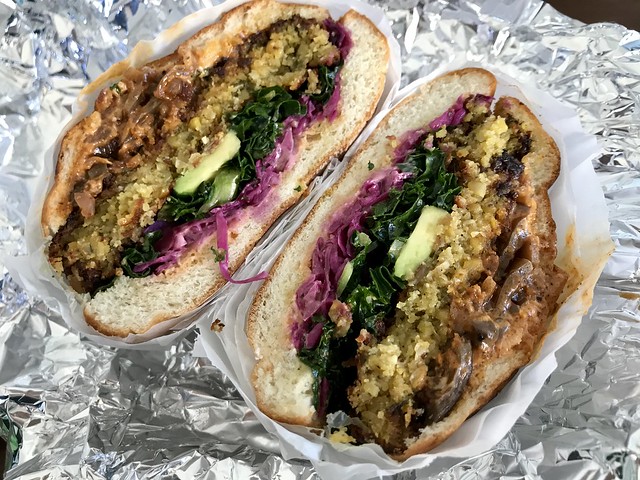 More unusual was the Kale Burger -using that kale falafel patty, Thousand Island dressing, kale, pickled purple cabbage, grilled onion and avocado. Kale is one of those hit-or-miss items. I couldn’t even taste it in the burger – I consider that a hit. It was a glorious mush of falafel and lots of vegetables. I dare say, I enjoyed it even more than a regular burger. 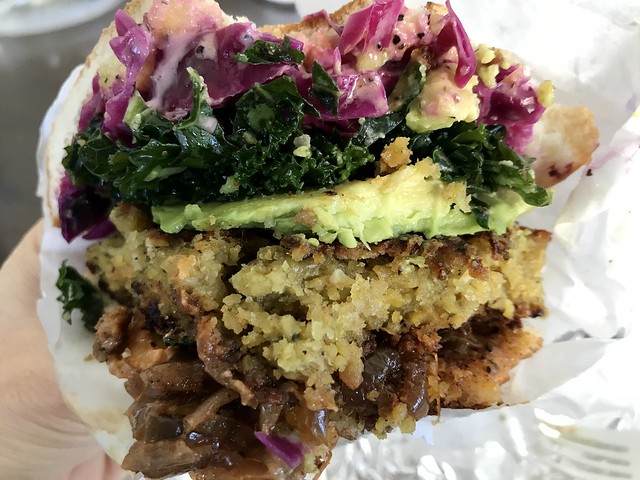 Not only was it pretty to look at, it tasted good – like junk food, not what I was expecting at all. Was it any healthier than a regular burger? I like to think it was since it probably contains less fat and is packed with fiber and veggies. Somehow Fala Bar managed the impossible – made me a vegan believer. Forget you, Shake Shack. I’ll be basking in the healthy vegan glow of Fala Bar.

Note: As of January 2020, Fala Bar has closed and been replaced by BeLeaf Cafe.