Visiting Milk Bar on Melrose, I was reminded of the disappointment I felt the time I went to Disney’s California Adventure after it first opened. Sure, there are some decent rides, er, I mean sweets, but you leave after shelling out a lot of money feeling somewhat underwhelmed. 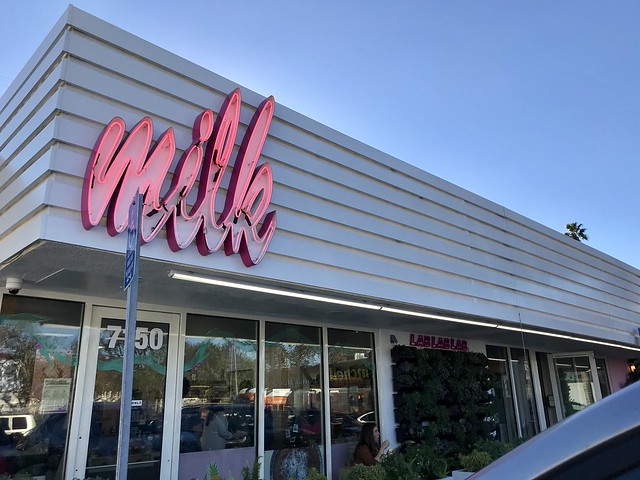 Christina Tosi, the mind behind Milk Bar, successfully parlayed her pastry chef job at Momofuku into a chain of bakeries, judging gigs on Master Chef and Master Chef Junior and even a Netflix documentary. When Milk Bar first opened in Los Angeles in late September, crowds waited for several hours to get first crack at Tosi’s desserts. Having already been to a Milk Bar in New York, I gave it a couple of months before paying the LA store a visit. 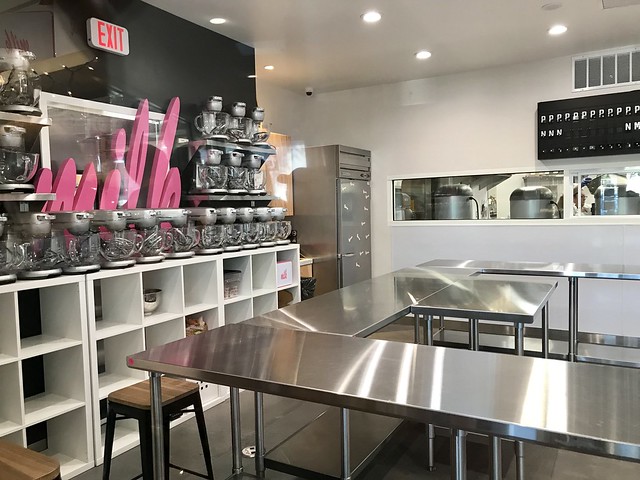 There were no line outside on the weekend I visited, so we were able to enter and join the small queue inside. We were immediately informed by a staff member that the soft serve machine was down – which was like, “One of your best rides isn’t working?!?!” – but they were giving out coupons for a free soft serve on a future visit, which somewhat redeemed the situation. 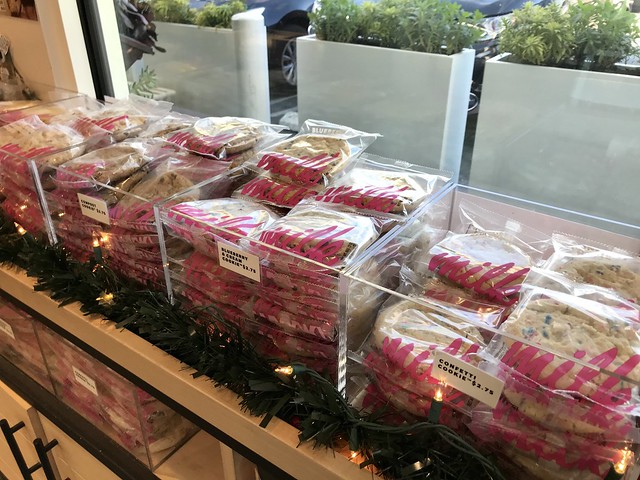 Like their New York stores, the cookies are sold in prepackaged bags, which I found to be kind of a bummer. Where was the display of freshly baked goods on the counter tempting me? 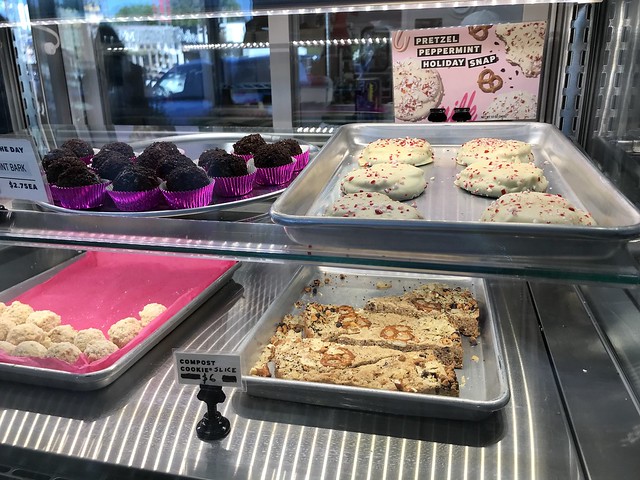 There was a refrigerated case holding prepackaged cake slices, pie, cake balls and other sweets to which you could help yourself. Only beverages, shakes and that soft serve needed to be ordered at the counter. 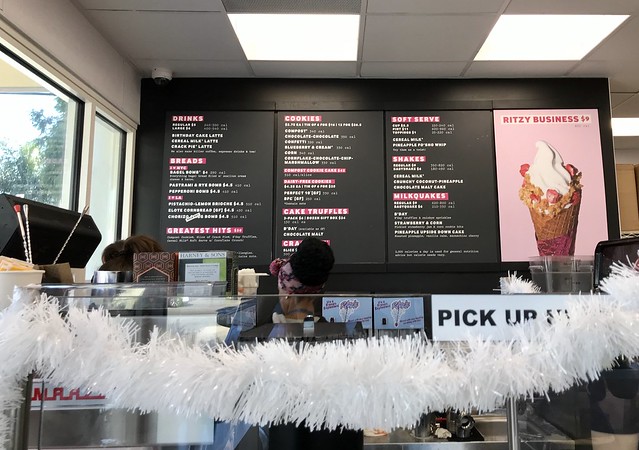 Milk Bar has six different cookie flavors. I bought home the four I hadn’t yet tried. 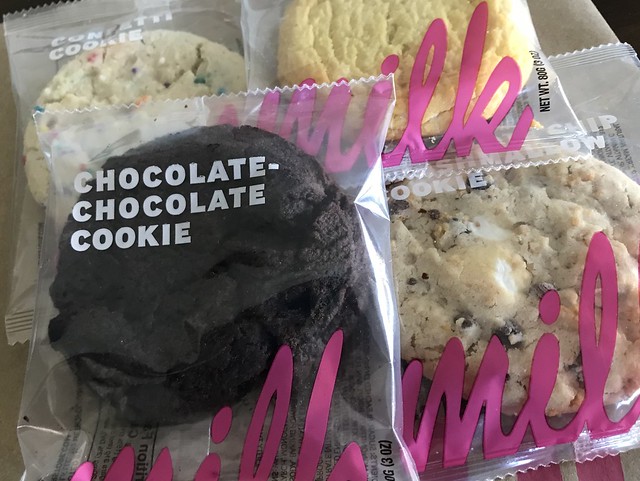 It’s pretty strange that they don’t offer a classic chocolate chip cookie, maybe because everyone has a chocolate chip cookie or maybe it’s because it would pale compared to others out there. The cookies all had that taste that of prepackaged store-bought cookies, packed with preservatives. I had expected the Chocolate-Chocolate cookie (chocolate cookie dough, chocolate crumbs and salt) to be moist and brownie-like, but it was a little on the dry side. 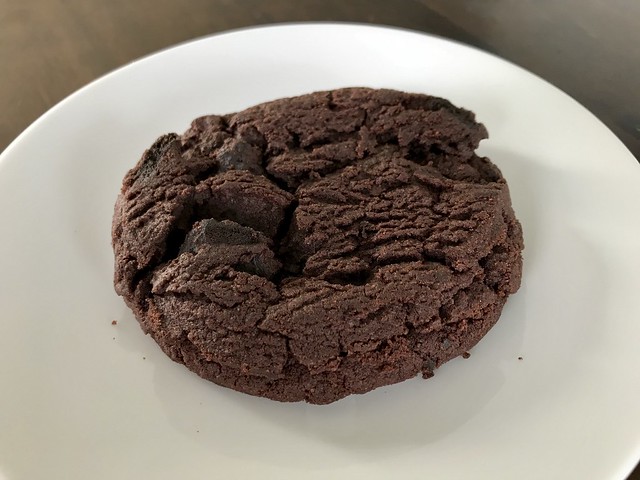 Likewise, the Corn cookie had a similar dry texture and reminded me of a cross between  dried out piece of cornbread and a Chinese almond cookie. 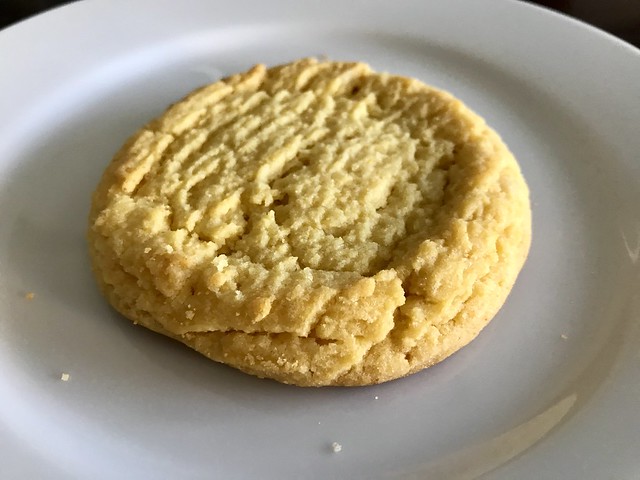 The Cornflake Marshmallow cookies was slightly more moist, thanks to those marhsmallows​. 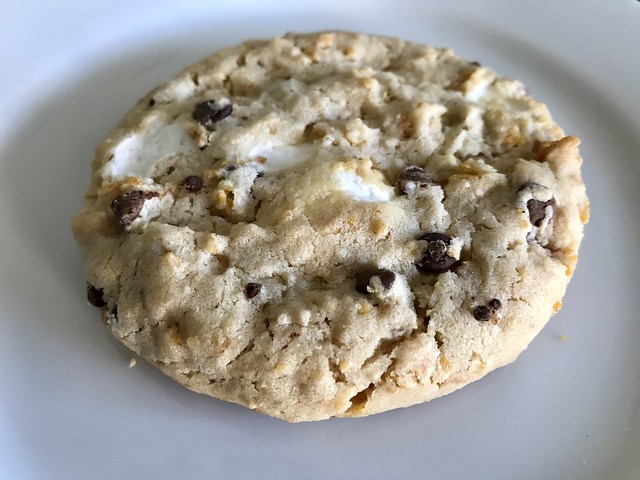 The Confetti cookie, a sugar cookie with birthday sprinkles and crumbs, was pretty sweet and reminiscent of those Lofthouse cookies they sell at the market, only a lot more expensive. For the price of two cookies, you could buy an entire box of Lofthouse cookies. 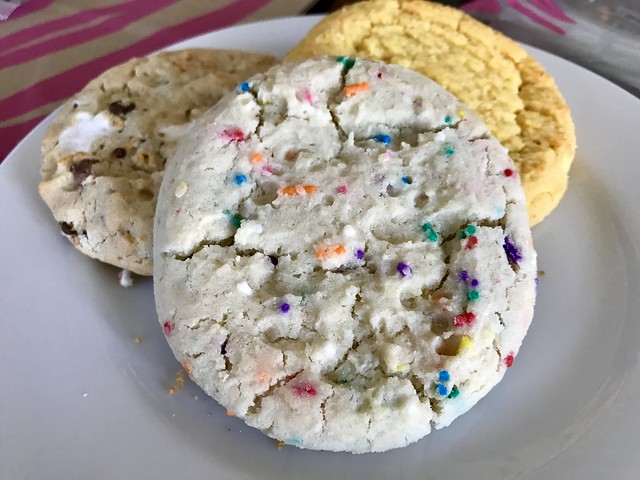 Their famous Crack Pie, which got its name because it’s so addictive, was sold by the slice (also prepackaged). A close relative of chess pie, the crack pie features an overly sweet  butter filling in a toasted oat crust. It didn’t live up to its name as I could have stopped after one bite but felt obligated to eat more because I had paid for it. 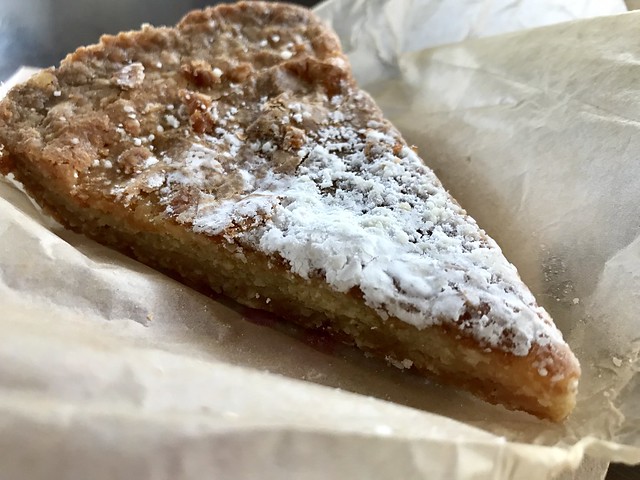 The best of the bunch was the Chocolate Malt Cake – chocolate cake with malted fudge and milk crumbs, marshmallows and malted chocolate. The cake was decent, though nothing earth-shattering. 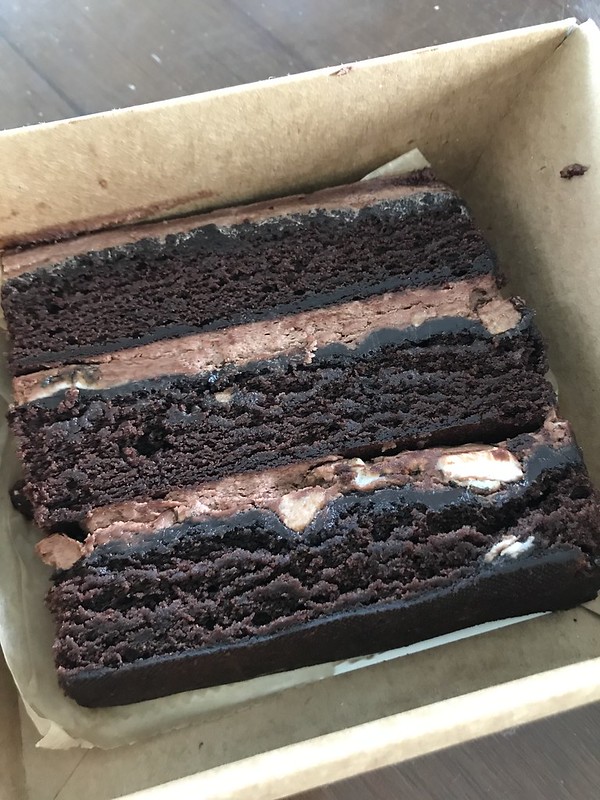 To add insult to injury, there was no free coupon for a future cereal milk soft serve included in my bag. BOOOOOOO!!!!!  That pretty much guaranteed that I would not return to Milk Bar. If I hadn’t been promised a freebie, I would not have not expected one, but this made me even more disappointed. Los Angeles is packed with fantastic bakeries -who needs one from New York? Not me. I’m spending my hard earned cash and splurging on calories somewhere where the smell of freshly baked treats beckons.

One thought on “Milk Bar – Fairfax/Melrose”