The saying “the apple doesn’t fall far from the tree” certainly applies to Trisha Langer, granddaughter of Al Langer, founder of Langer’s deli, which serves the best pastrami in the country (although Katz fans may disagree). Trisha Langer recently stuck out on her own with Daughter’s Deli on the famous Sunset Boulevard in West Hollywood, proving that great pastrami runs in the Langers’ blood. Upon entering, you’ll see a the story behind Daughter’s Deli. 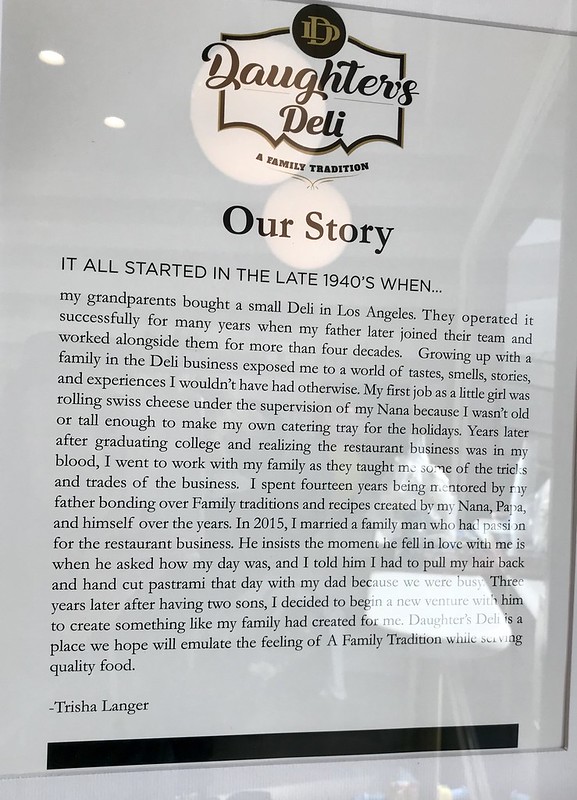 Unlike Langer’s, Daughter’s Deli is a tiny counter service restaurant with a much smaller menu covering the usual deli favorites – bagels, breakfast sandwiches, sandwiches and salads, with blintzes and matzo ball soup as well. 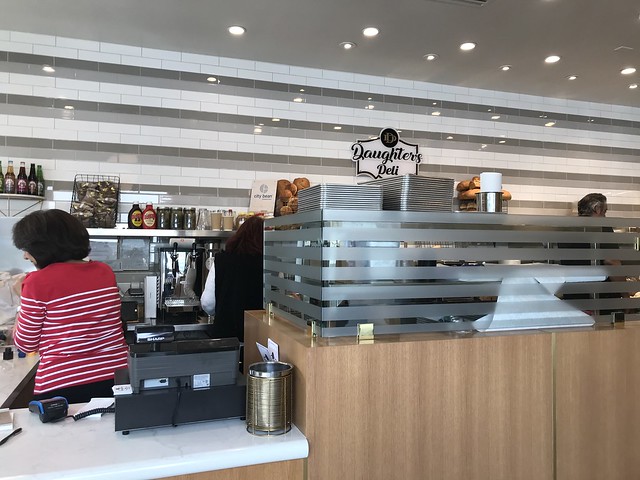 Once you’ve placed your order at the counter, you can choose a spot to sit from the handful of barstools along the counter or a small patio area facing Sunset Blvd. 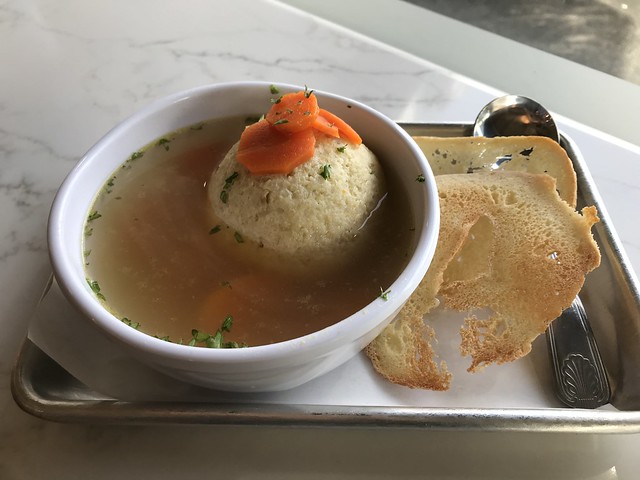 We started with a cup of Mo-tzo ball soup, which came in a bowl much larger than a cup. The broth was nice and clear, not too salty, skimmed clear of chicken fat, with sliced carrots and herbs. The large matzo ball was perfectly light and fluffy. If I had been lucky enough to have a Jewish bubbe, I would imagine her soup would have tasted exactly like this. 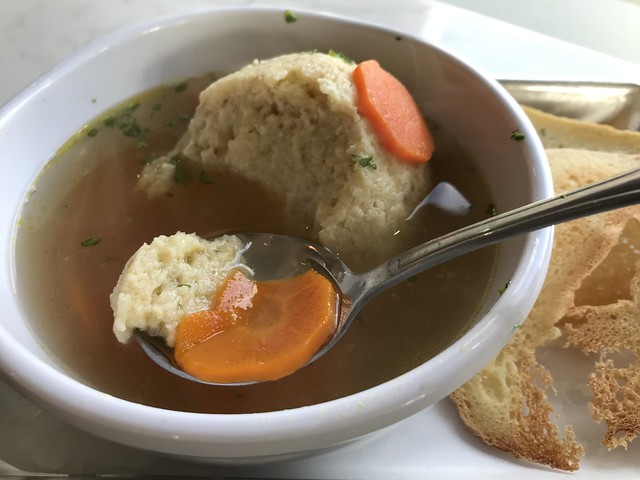 For those non-meat eaters, there’s a classic tuna salad with lettuce on a kaiser roll. The tuna salad was nicely dressed, with just enough mayo. 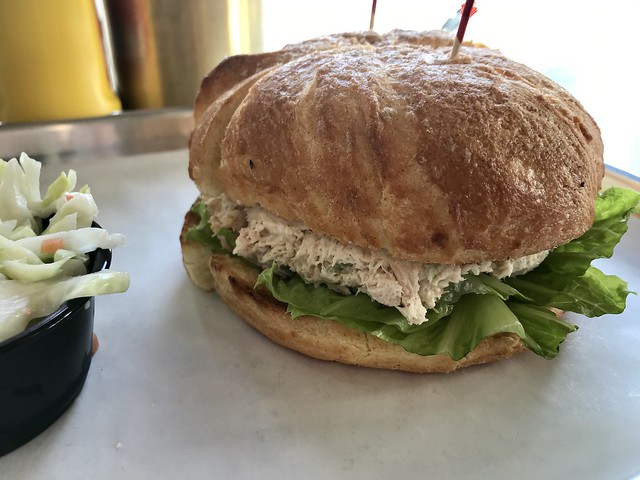 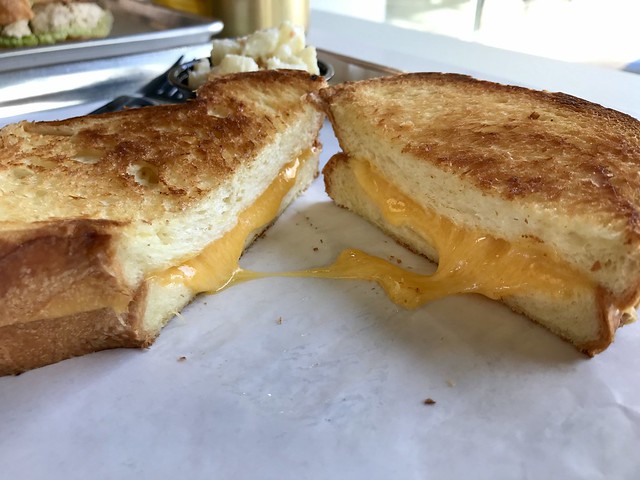 If you come to Daughter’s Deli, you have to order one of the pastrami sandwiches. The most basic is the Noi – hot pastrami, mustard and rye bread. 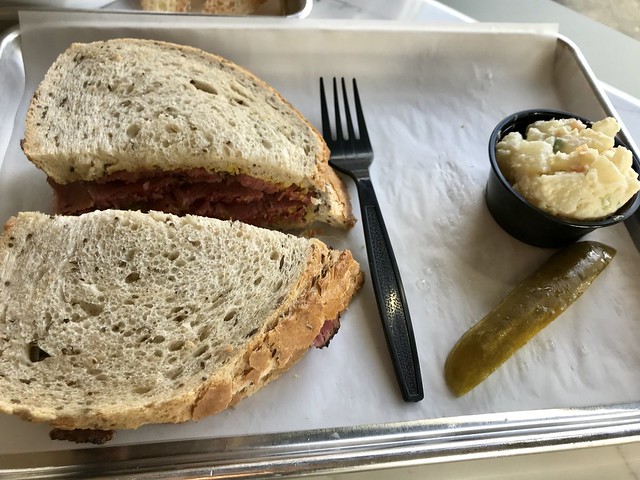 The pastrami was steamed and melted in my mouth, with just the right amount of fat on the outside. The twice cooked rye bread was exactly like what’s served at Langer’s – with a crusty outside giving way to the softest rye.  My only complaint was that they used yellow mustard on the sandwich, which is not my go to mustard – a few squirts from the  Guilden’s spicy brown bottle, and I was in business. 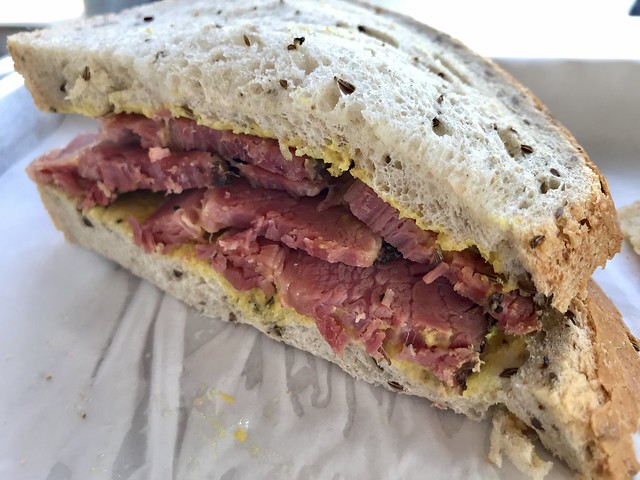 All sandwiches come with your choice of coleslaw or potato salad and the requisite pickle spear. 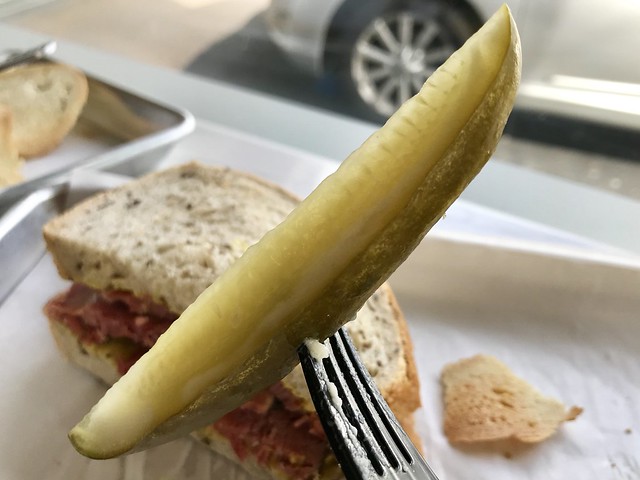 Upon walking in, I was surprised to see birthday balloons since it was also my birthday. As coincidence would have it, one of Trisha’s young sons was celebrating his special day. Since the parents were busy running the restaurant, they had his birthday party there, with friends and relatives bearing gifts. Hopefully her sons will share their mother’s passion for great food and keep the family business going for years to come.