When you’re eating at a museum, they pretty much have you held hostage, with their museum cafe as your only option. As the saying goes, beggars can’t be choosers, so if you’re dining The Getty Center you’ll most likely be eating at The Cafe.

The Cafe is cafeteria-style, so you can select from a variety of stations – Italian, Mexican, Asian, sandwiches, salads, etc. They even have pho, but judging by the Yelp reviews, it’s not worth ordering. 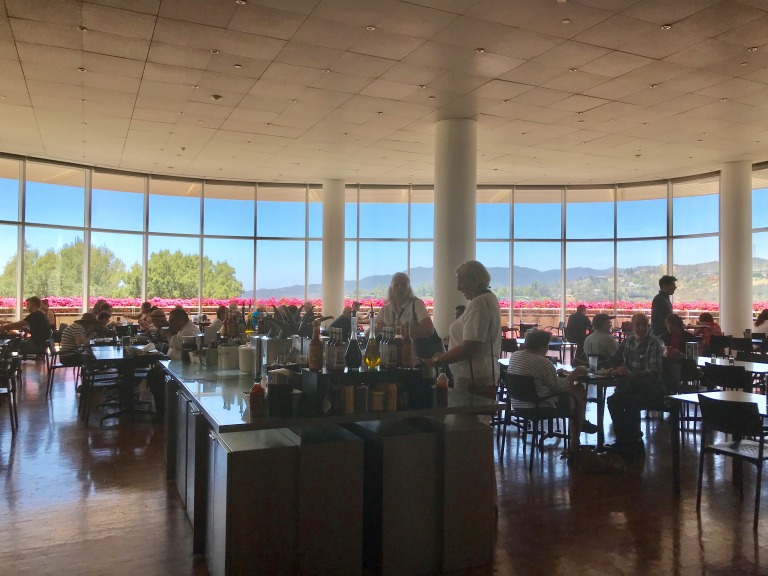 The dining room is quite large, offering expansive views of the mountains and the fancy homes in the neighborhood.

One of the stations has premade pizzas and grilled cheese sandwiches. Surprisingly grilled cheese was not one of the kid’s menu items. It was pretty standard with slices of American cheese oozing out the sides. 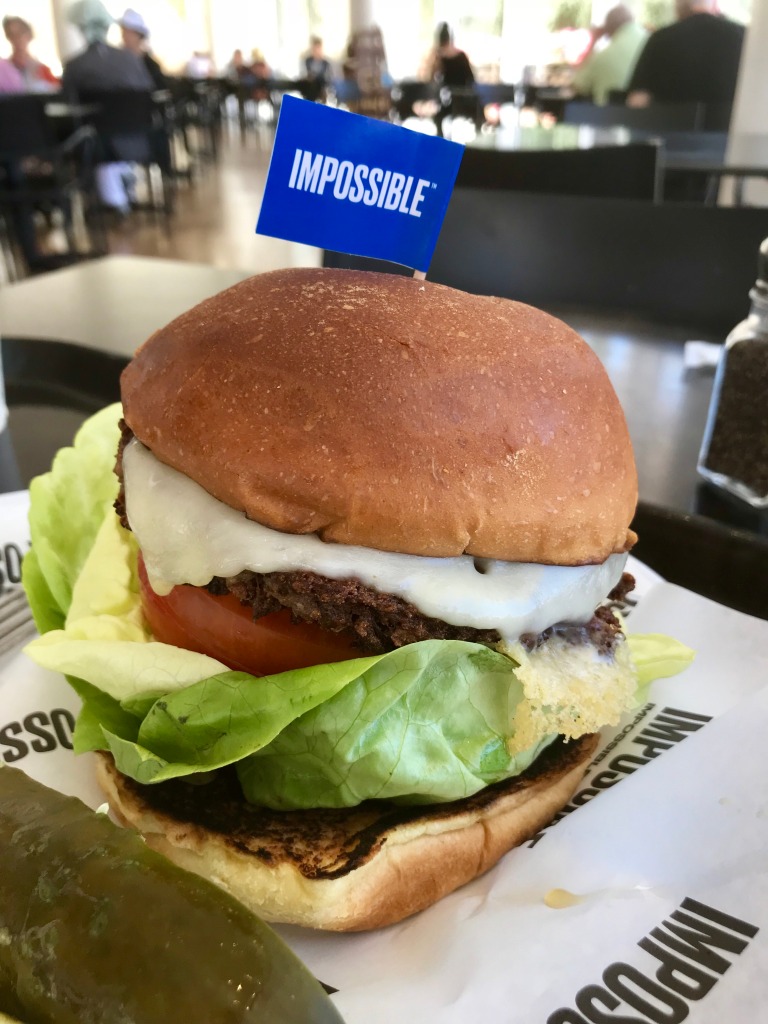 The Impossible Burger, the vegan plant-based patty that tastes like beef, was available at the grill. Even though the patty is healthier than your typical burger, it might make your heart stop because of its $15 price tag –  that’s without fries or any sort of side, except for a pickle. Adding cheese will cost a $1 extra. One of the interesting features of the Impossible burger is that the “meat” “bleeds,” but this patty was so crisp and overdone that it was more like a hamburger that had spent too much time on the grill, rendering it quite dry.

I thought Mexican food would be a good bet, after reading the descriptions of the various fillings. Ha. Joke was on me. Both the pork and the chicken were pretty bland, despite their descriptions, as was the rice. I could have had a much better meal for half the price at a taco truck. However there were no taco trucks at The Getty, so this beggar had no choice. 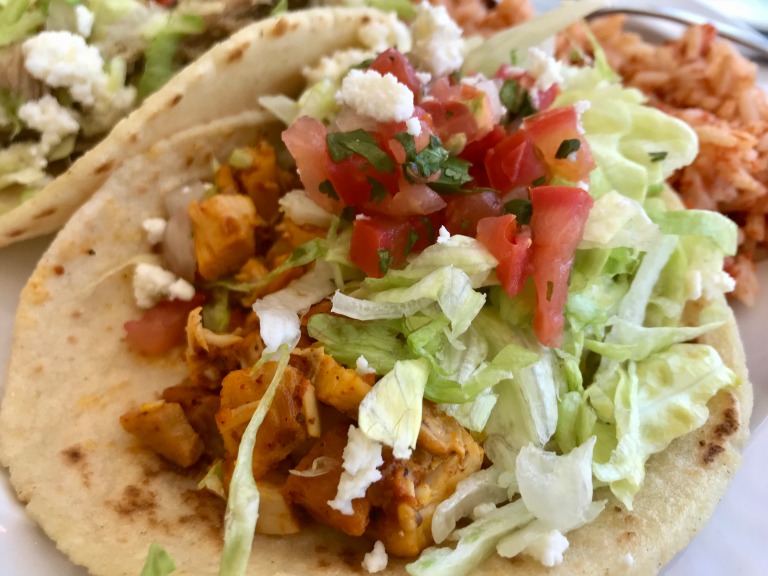 My favorite part about eating at The Cafe is bussing my table afterwards to this conveyor that whisks my tray away on a rubber hose. If you’re going to The Getty Center and want a dining experience on par with the art, visit The Restaurant at The Getty Center. If you’re on a budget, stick with the classics at The Cafe. Or better yet, prove that beggars can be choosers and plan your visit so that you can eat somewhere else.