Your broth will be vegan, but you can still have pork and slurp your noods at Rakkan Ramen. Rakkan Ramen got its start in Tokyo by Ryohei Ito, whose vision was to serve a 100% plant-based broth at his four-seat ramen shop – a huge departure from the typical fatty tonkotsu. Composed of kelp, onion, donko mushrooms, ginger, carrots, garlic and fermented seasoning, the broth is incredibly flavorful (and according to their website has 40% less calories than a typical tonkotsu ramen). 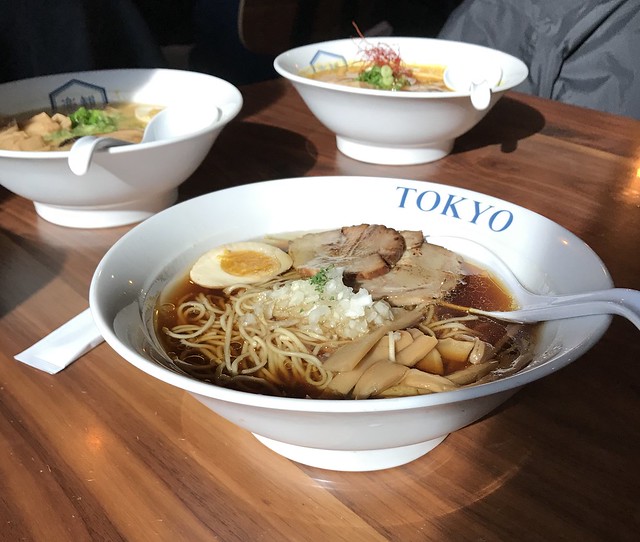 During lunchtime on a weekend, chances are a small line will be out front. You’ll have to write your name on the waitlist and patiently bide your time.

There are five different ramens to choose from, along with some appetizers, sushi and rice bowls. Four of the ramens have grilled pork and egg, though all can be made completely vegan with the substitution of tomato, corn and tofu (for the pork, egg and bamboo shoots). 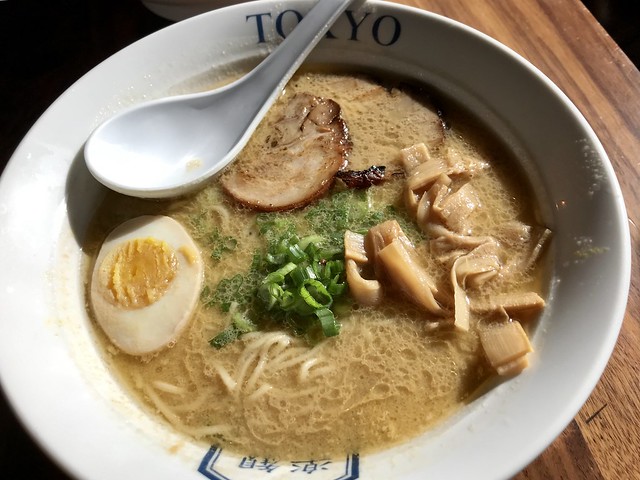 The Garnet (pictured above) blends several different miso with the fermented sesame paste and is topped with grilled pork, bamboo shoots, scallions and seasoned egg. 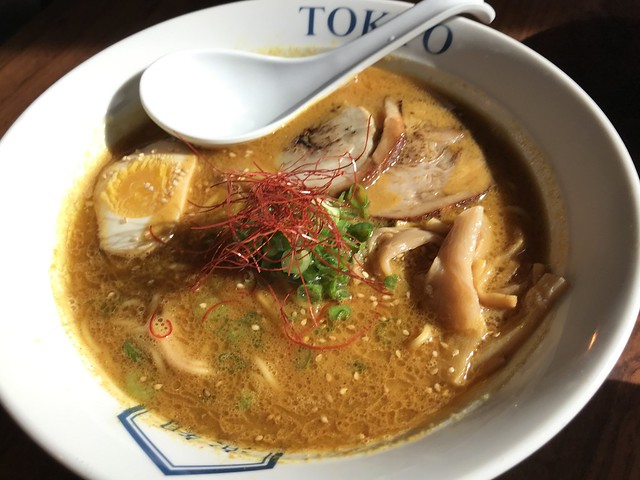 Likewise, the Spicy Garnet has the same ingredients, plus spicy miso to give the broth a little kick, black pepper and garlic. 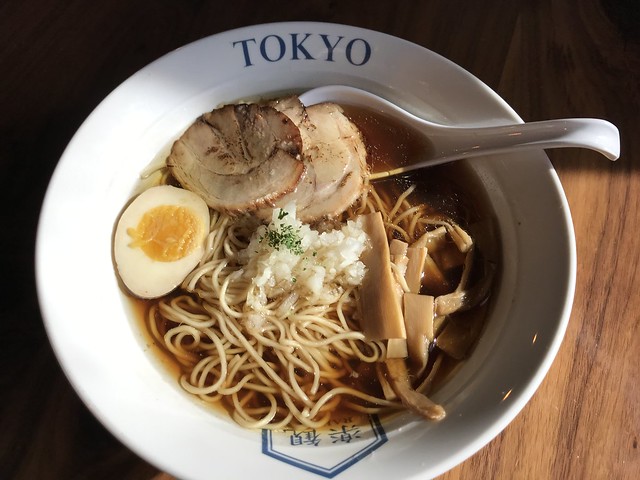 If you’re looking for a clearer broth, the Amber uses soy sauce in the broth instead of miso, and comes with grilled pork, onions, bamboo shoots and seasoned egg. 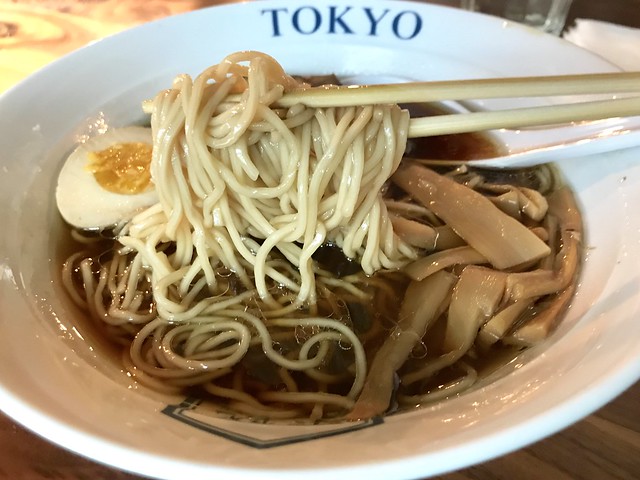 The broths were all incredibly flavorful, a considerable accomplishment since none had meat as a base. There was a layer of olive oil on the top though, which was a bit of a surprise. The grilled pork and noodles were pretty standard, but that seasoned egg stole the show. If you’re looking to eat healthier, you can swap out the pork, but definitely keep that egg.

Usually plant-based broths tend to be pretty bland, but at Rakkan Ramen their tasty vegan broth will make you forget about that pork based broth and is much better for your arteries. That’s pretty rockin’.