The battle between Shake Shack and In-N-Out over who has the best burger wages on, but in terms of best veggie burger, Shake Shack wins, hands down. While their competitor lacks a veggie option (other than grilled cheese or a patty-less burger), Shake Shack has their ‘Shroom Burger and their Veggie Shack, which debuted last year at select locations. 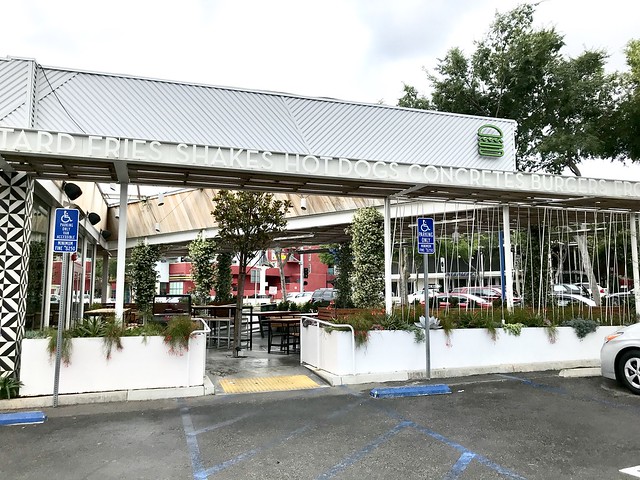 We had been eager to try the Veggie Shack, but after waiting a year without it appearing at our local Century City Shack, we ventured further to West Hollywood. The WeHo Shack is considerably larger than Century City’s, with a good-sized parking lot. 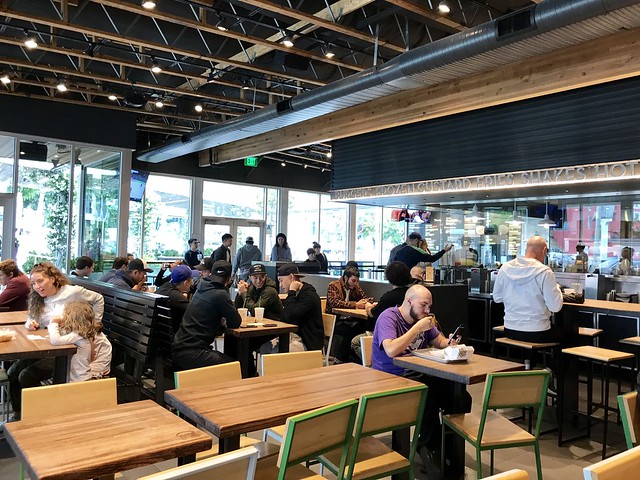 On a rare drizzly day in LA, there was no line inside during lunch. When we placed our order for the Veggie Shack, our cashier made sure that we knew that it came with provolone cheese and the bun contained dairy, just in case dairy was an issue (it wasn’t). We were given our buzzer and found a table and waited. And waited. 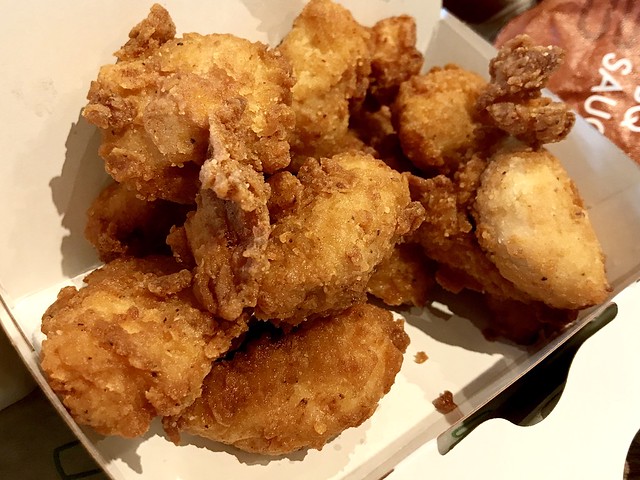 My daughter, who, I am convinced, is the only person in America who doesn’t eat burgers in any form, got the 10 piece Chick’n Bites with BBQ sauce. They were fairly standard, made with chicken breast meat. 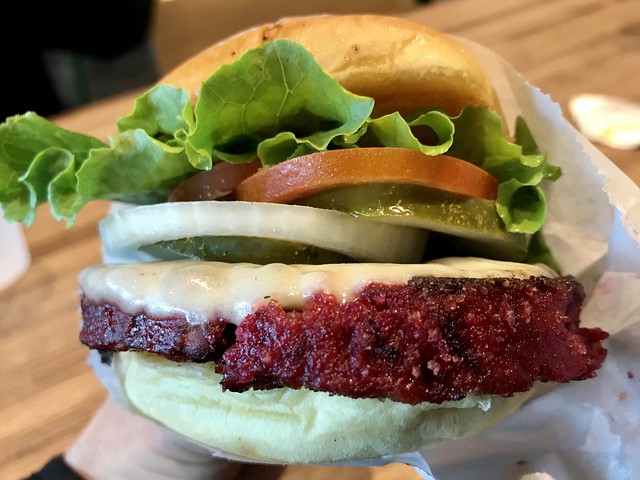 The Veggie Shack had a veggie patty, topped with provolone cheese, lettuce, tomato, onions, pickles and vegan mustard mayo. I liked that the patty was not one of the fake meat kind and used black beans, brown rice and roasted beets, which gave it a reddish-purple color. It felt more substantial and healthier than the cheese-filled deep fried ‘Shroom Burger. 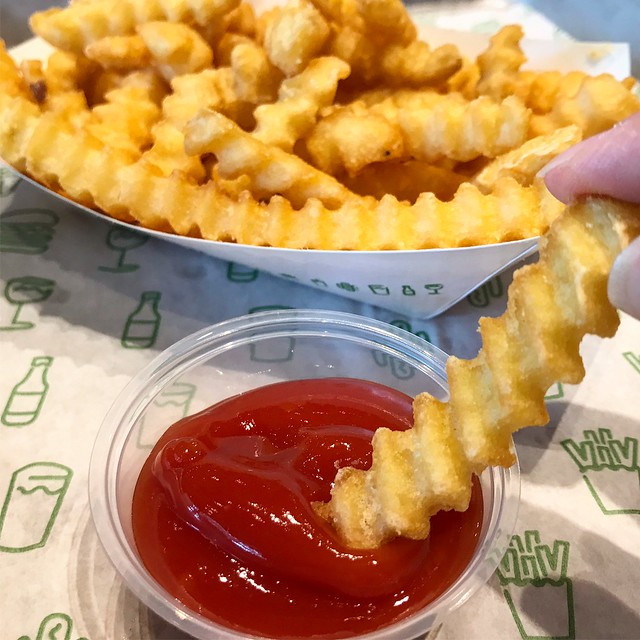 No visit to Shake Shack would be complete without an order of their crinkle cut fries. We were trying to be good and ordered them without cheese (that cheese sauce, tho), making do with ketchup and the BBQ sauce from the chicken bites.

My only complaint is that the burgers at Shake Shack always seem a little small, so if you don’t get fries and/or a shake, you may be hungry afterwards (#firstworldproblems). I am not a vegetarian, nor ever will be, but eating the Veggie Shack, I don’t feel like I’m being deprived – just as long as I have some fries to go with it.