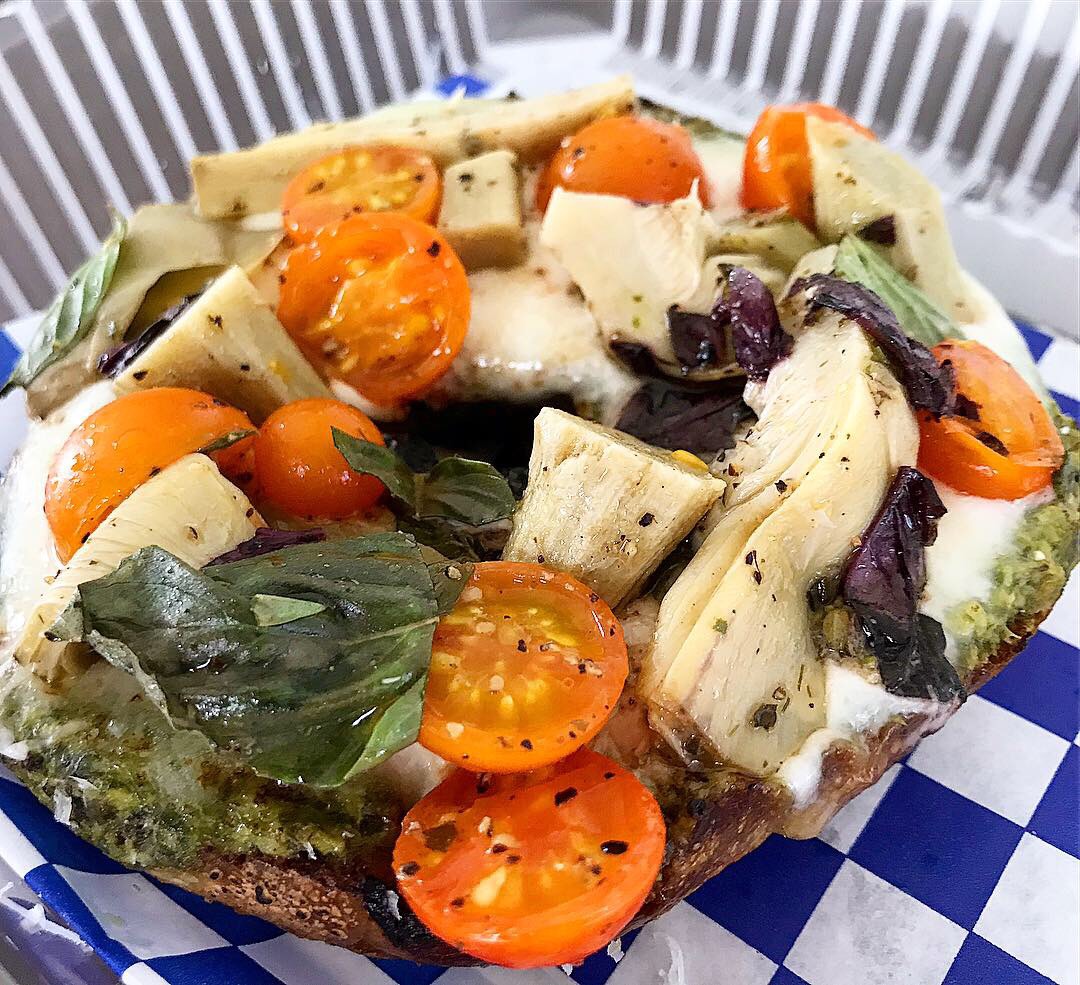 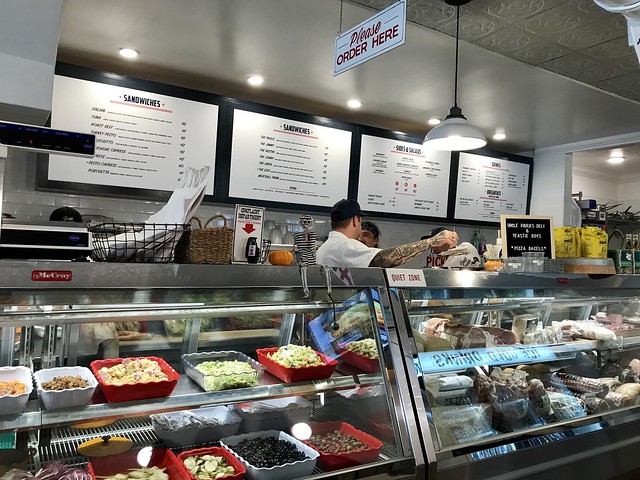 Uncle Paulie’s bring a bit of New York to LA, with their submarine-style sandwiches. Stepping into the deli, you could hear loud rap music playing, the perfect complement with the Yeastie Boys pop-up. 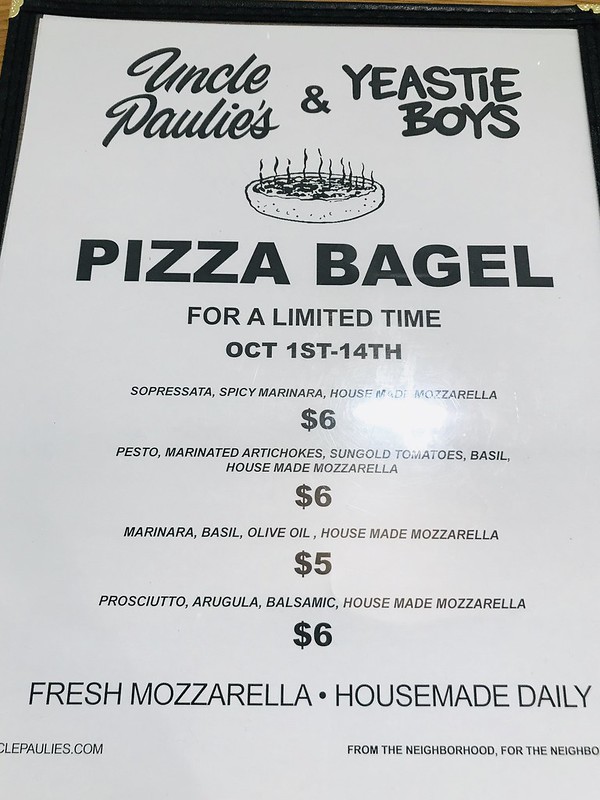 The pizza bagel menu had four different varieties – from the basic with marinara sauce, cheese and basil to the more interesting ones with sopressata or prosciutto. All came with Uncle Paulie’s fresh mozzarella, made in-house daily. After you place your order at the counter, you pay at the register and then patiently wait. There’s no seating inside, but there are a few tables set up out front for your al fresco dining pleasure. 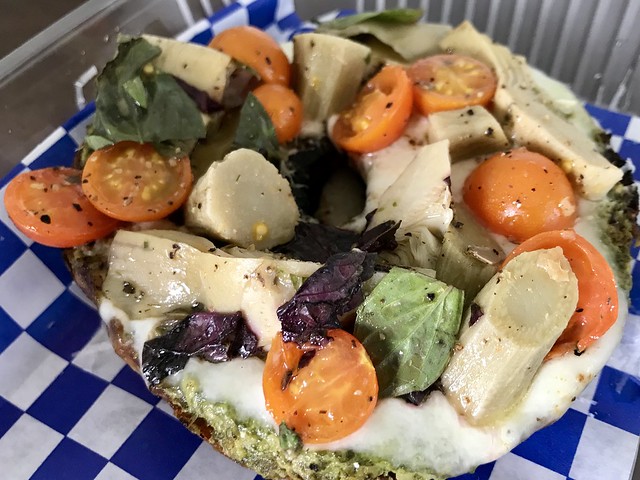 The vegetable pizza bagel had marinated artichokes, basil, tomatoes, mozzarella and pesto. Biting into it, the sweetness of the sun gold tomatoes were like little burst of sunshine, contrasting with the vinegary artichokes and pesto. 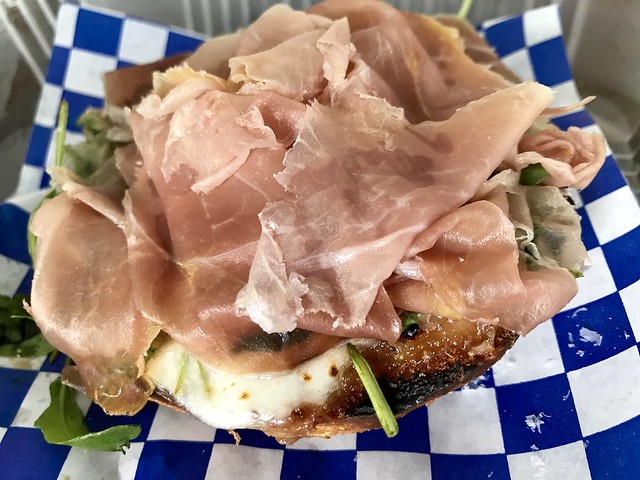 At the same price, the prosciutto pizza bagel  was a much better bang for your buck, with an almost obscene amount of thinly sliced prosciutto piled high on top of arugula, mozzarella and a touch of balsamic vinegar. It was well worth the trip. 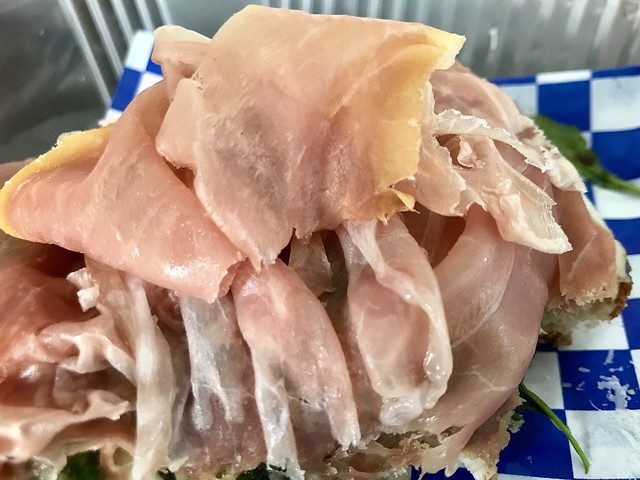 I can’t comment on the bagels, since they were toasted, not the best way to judge a bagel’s quality, so I’ll have to check out the truck to get a bagel unscathed by the oven. I can, however, vouch for Uncle Paulie’s Deli. The ingredients were top notch. 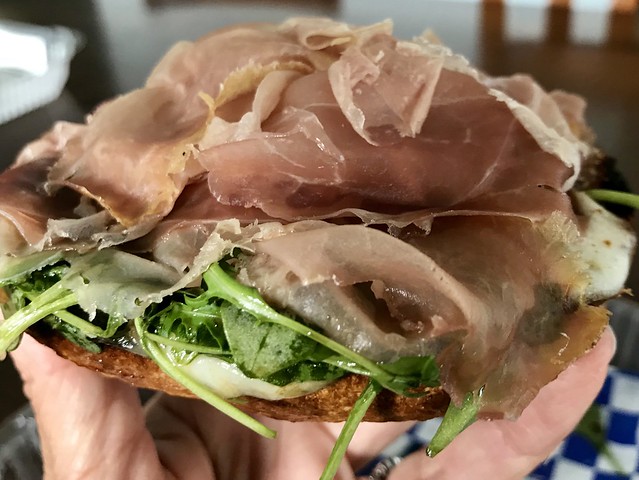 The Yeastie Boys continue their Pizza Bagel Month with stops at Prime Pizza LA and Purgatory Pizza – check them out if you get a chance. Me, I’ll be obsessing about bringing one of those bad boys from Uncle Paulie’s home (the subs, not the guys that work there).