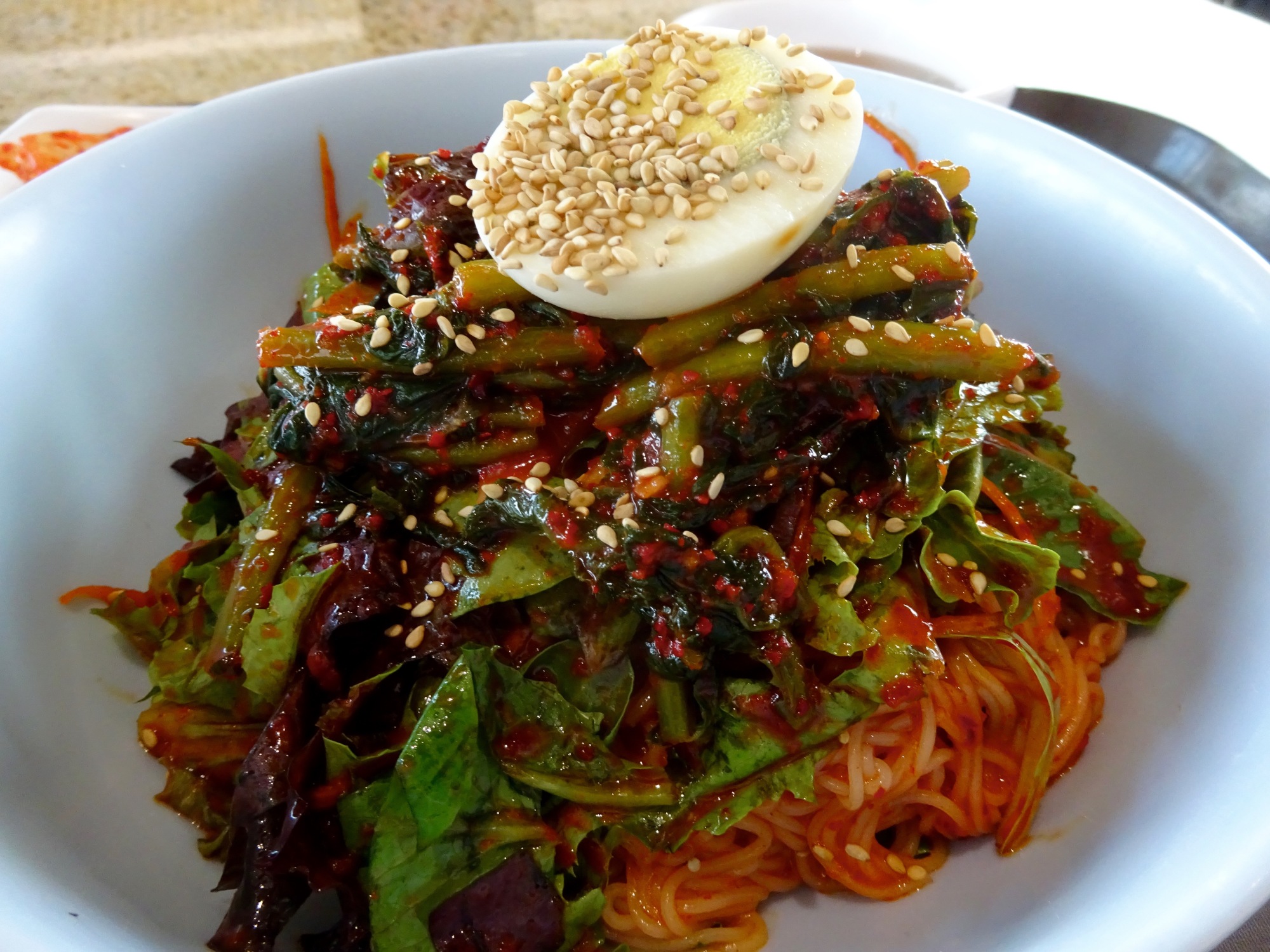 Located in the self-proclaimed “best food court in Koreatown,” Yooni in the Koreatown Galleria offers generous portions at a reasonable price. For those who are unfamiliar with Korean food (like me), the menu items are also written in English, with symbols indicating vegetarian and/or spicy items. 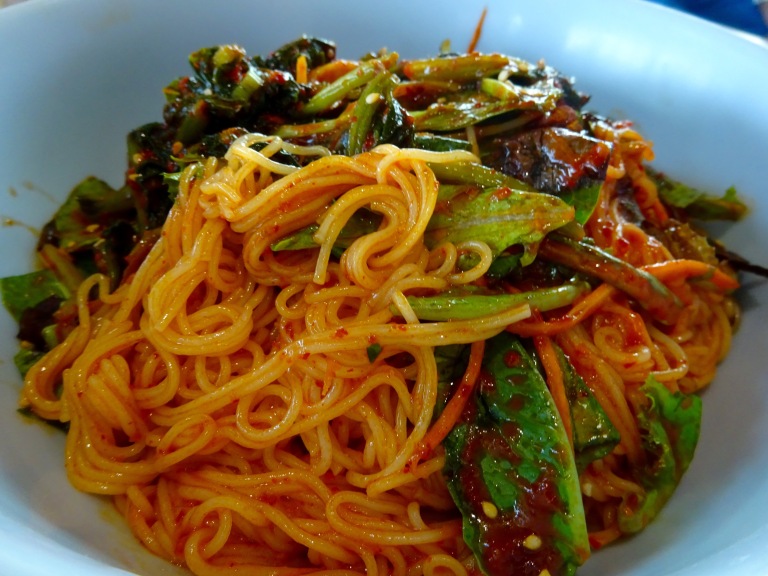 Los Angeles was in a heat wave so cold noodles seemed to be the perfect dish on such a hot day. The yeolmu noodles, which differed from the bimbim noodles with the addition of kimchee, came piled high in a bowl. Vegetarian and spicy, it was perfect for my pescetarian husband. He liked the sweetness of the vegetables, which offered an interesting contrast to the spiciness of the dish. A couple of banchan dishes, kimchee and pickled veggies (which were pretty spicy, thanks to some chiles), and soup rounded out the meal. 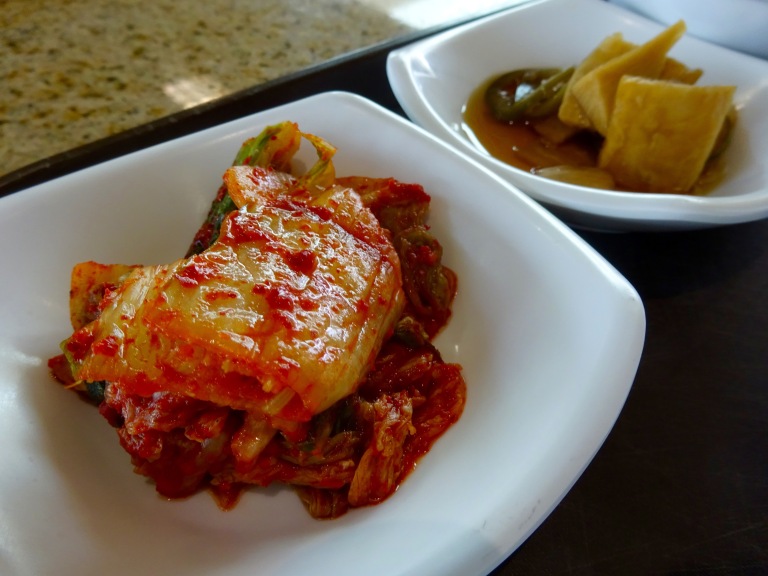 I was curious to try kimbap, the Korean version of sushi. At Yooni, the kimbap consists of egg, imitation crab, sausage, carrots, cucumbers and pickled veggies.

The kimbap, priced at $4.99, came with soup and a couple of plates of pickled veggies (would it be a Korean meal without banchan?). Normally cheap sushi would scare me, but since the meat and fish products were cooked, those fears were eliminated. Unlike sushi, kimbap does not come with wasabi nor soy sauce. It tasted like eating a cucumber or vegetable roll.

For my daughter, the world’s least adventuresome eater, the choice was simple – the chicken bowl. It came with a bunch of vegetables (which she did not touch, except for moving them to the side) and soup.

The kimbap and chicken bowl were perfectly portioned, just enough to fill our bellies. The yeolmu noodles portion was huge and could have easily served two. My husband ate as much as he could, and still there was enough for another serving.

If you come to Yooni, bring your appetite, or better yet, bring a friend and share one of their gigantic bowls of noodles.