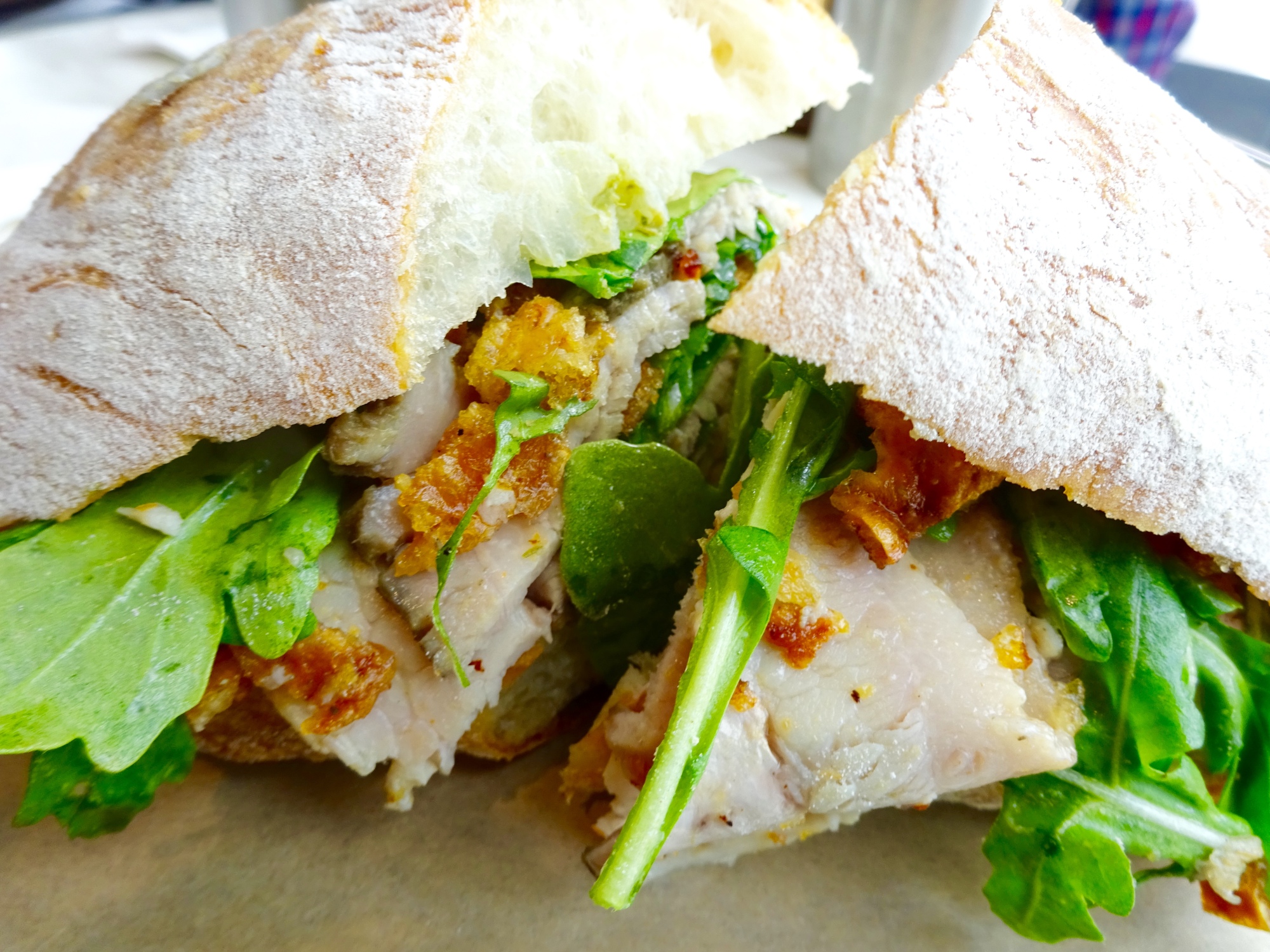 Rarely do I see a menu where I would happily eat every single item. However, at B on the Go in Pacific Heights, everything looked so appealing that I could throw a dart at the menu board and win (I was going to say blindly throw, but I’m lousy at darts and would probably wind up accidentally injuring someone).

B on the Go is the sister restaurant to the sublime B Patisserie across the street. B on the Go specializes in sandwiches, and the skill lavished on the pastries at the patisserie is similarly in action here.

All the breads are baked in house.  The grilled sandwiches are created from a gigantic slice of bread folded in half, reminiscent of a quesadilla.  The Ham & Cheese features a mix of mozzarella and swiss – my extremely picky daughter ate the whole thing, which speaks volumes.

The Tuna Melt was likewise toasted to a golden crisp perfection…

…with just the right amount of tuna salad and cheese, making my husband a happy customer.

After debating between the Cubano and the Porchetta, I chose the Porchetta, with arugula and salsa verde, accented with crispy pork rinds. I gobbled my sandwich up as well.

For vegetarians, there’s a Roasted Vegetable Banh Mi, Grilled Cheese (with mushrooms) and a Greek Salad (for those gluten-free diners).

B on the Go has a limited selection of pastries so if you’re after the famous Kouign Amann, you’ll have brave the crowds across the street. However, if a tasty sandwich is what you seek, look no further than B on the Go.