Little did I know that when I watched Anthony Bourdain (RIP) sink his teeth into a pork chop bun in Macau, it would motivate me to dodge through an army of Postmates drivers during a pandemic several years later. Situated next door to the insanely popular Howlin’ Ray’s, Pearl River Deli in Chinatown was my pork chop bun destination, much closer than a trip to Macau.

You can place your takeout order over the phone or via text. I placed my order early, thinking I’d beat the Howlin’ Ray’s lunch rush. Boy, was I wrong. There were over 25 drivers standing around, staring at their phones in Far East Plaza when I arrived. 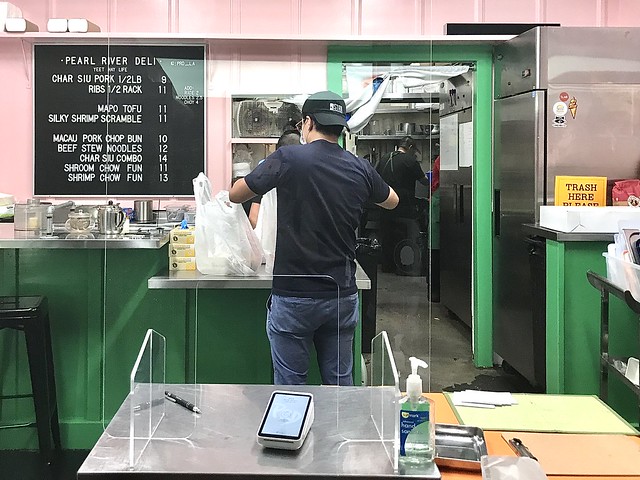 Pearl River Deli is quite small, not currently configured for dining in, with a plastic shield at the payment kiosk where you swipe your card. You will have to sign the credit card slip, but there’s hand sanitizer easily available, should you desire. 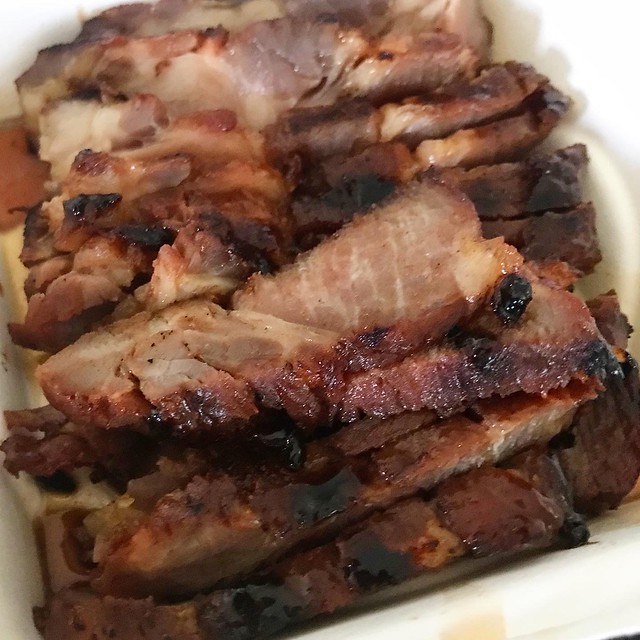 The char siu, sold by the half pound, did not have that bright day-glo red hue, which was a good thing. The pork was not quite what I was expecting, a little on the dry side, with some parts almost jerky-like. (Maybe it was an off day because I’ve seen other posts where the char siu looks perfectly luscious.) 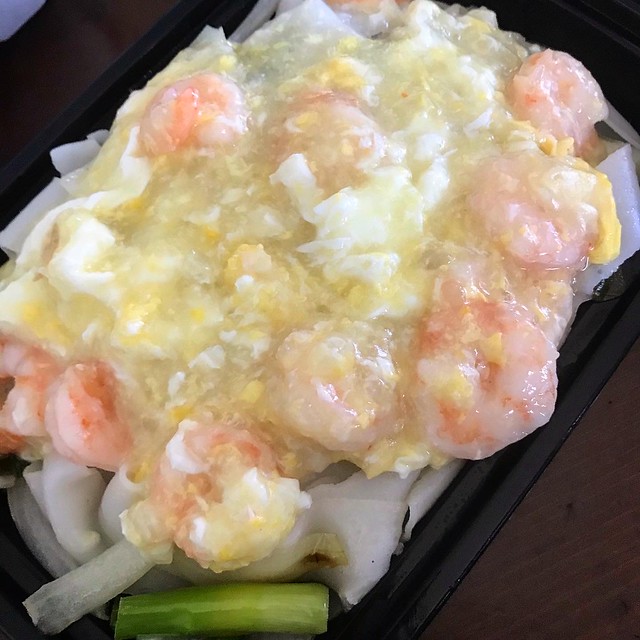 The shrimp chow fun came with the shrimp and egg mixture packaged separately from the rice noodles. The scramble was quite delicate and probably would have been better on its own, its ethereal nature lost with the noodles. 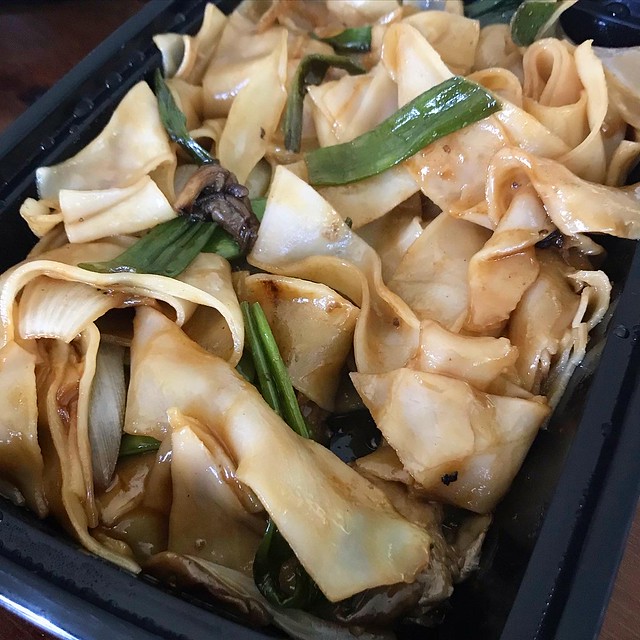 In comparison, the shroom chow fun was a flavor bomb and hands down our favorite dish. A tad on the salty side, the noodles were a little greasy but fantastically tasty, especially when eaten with the mushrooms. 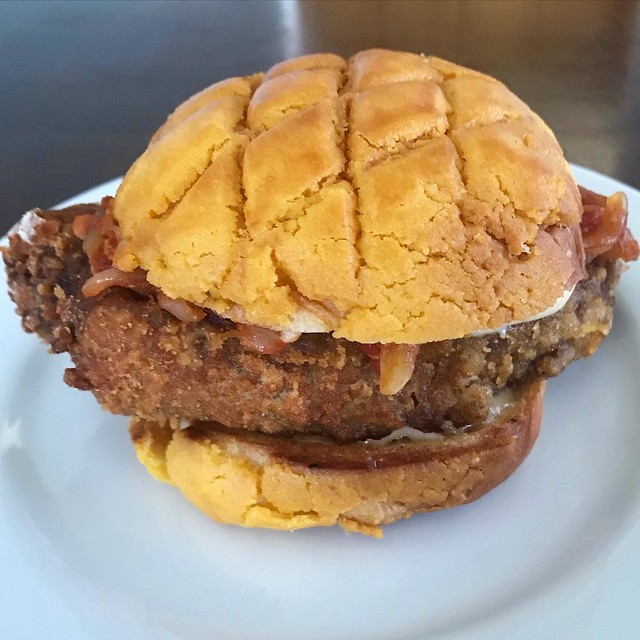 Their Macau pork chop bun is quite a sight to behold – a hefty piece of pork on a sweet pineapple bun. The pork was perfectly fried so it was crispy on the outside and juicy on the inside, not heavy with grease. At $10, this sandwich was a steal, both in size and in the quality of the meat. I was surprised to find that it was boneless (due to  supply issues), dashing my dreams of gnawing at the bone afterwards. 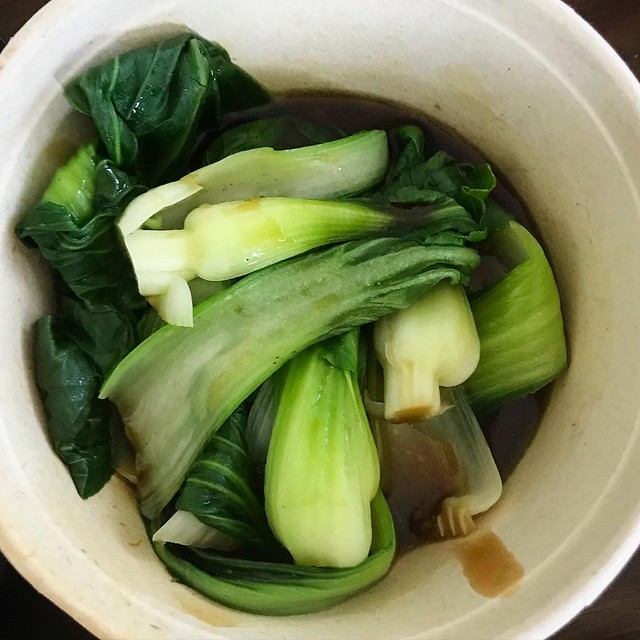 To balance it all out, a serving of bok choy provided a nice break from all the carbs and protein.

They offer mapo tofu as an entree, but I got a container of their mapo sauce and a couple of packages of Meiji tofu out of their deli case. The sauce was on point, with the peppercorns working their numbing magic, both satisfying my husband’s spice junkie needs but without causing me to writhe in pain. 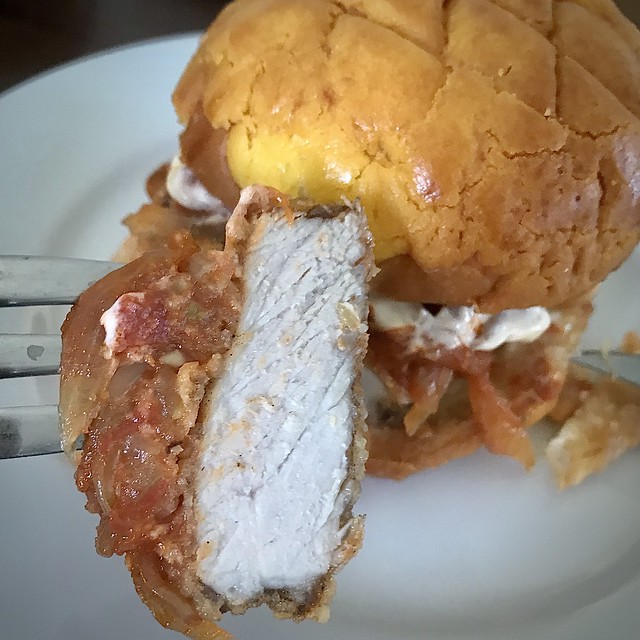 While many may be clamoring for hot chicken of Howlin’ Ray’s, I’ll skip their Postmates madness for the heat of the mapo sauce and tasty mushroom chow fun over at Pearl River Deli.