A vegan diet is suppose to be healthier for you. However, if donuts are involved, does it still hold true? At Donatsu in Little Tokyo, all of their fried delights are vegan, sparing any animals from being harmed in the process. 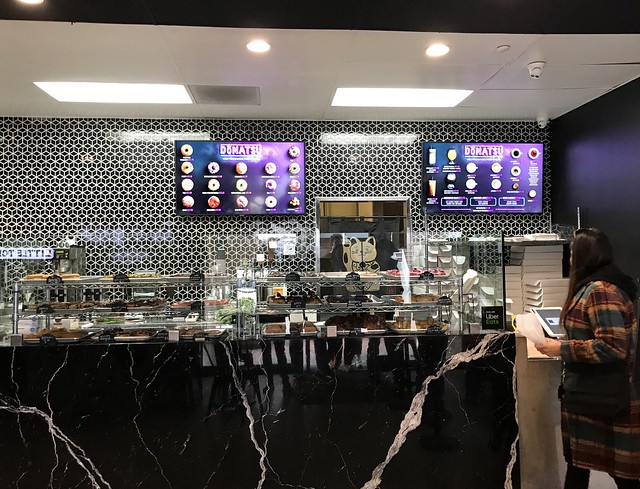 Located across the street from Japanese Village Plaza, Donatsu has a curiously dark gray interior, which is not what you would expect from a donut shop. There was a still a Christmas tree on display on our visit, which gave the room a bit of some much needed cheer. 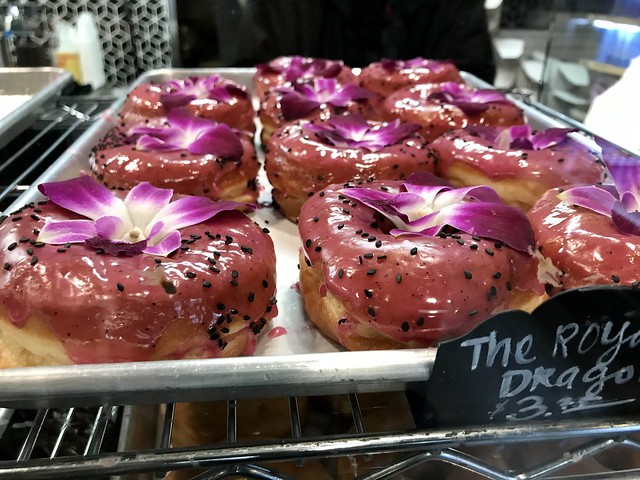 Donuts range in price from $2.75 for the Madagascar Vanilla Bean up to $4.25 for the stunning Royal Dragon, which comes with an orchid (yes, I know it says $3.75 on the photo above, but the menu lists it at the higher price). Flavors trend towards the exotic – like ube and matcha pistachio rose. They were all so gorgeous, that it was hard to decide. 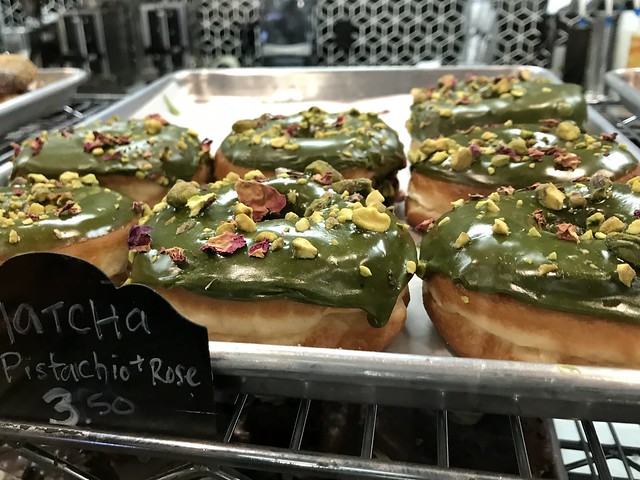 After much debate, the Samoa was one of the chosen – their take on the classic Girl Scout cookie with coconut, caramel and chocolate. The layer of caramel was overly sweet, sending my blood sugar levels rocketing. 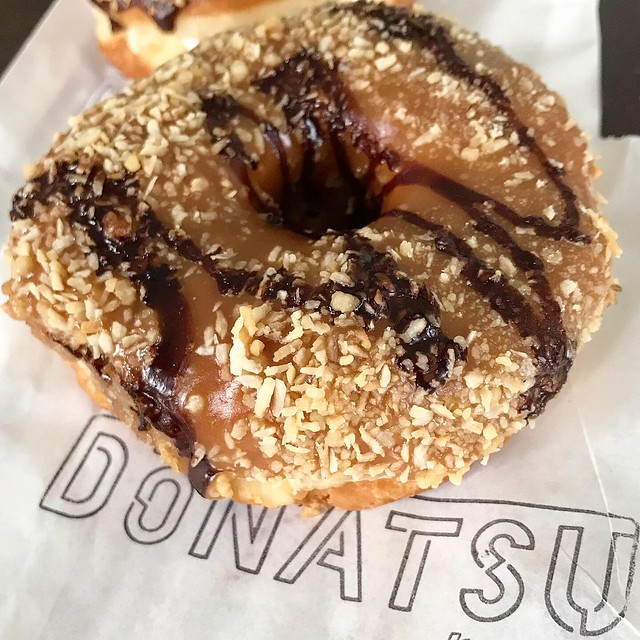 Of the two donuts that we tried, the Smores was the winner, topped with graham cracker bits on top of chocolate glaze, with a layer of marshmallow cream in the middle of the donut. Compared to the Samoa, this one wasn’t quite as a big of a sugar bomb (my sugar fiend daughter thought it was too sweet until she tried the Samoa). I can’t say that either one tasted like their namesakes, which was a disappointment. 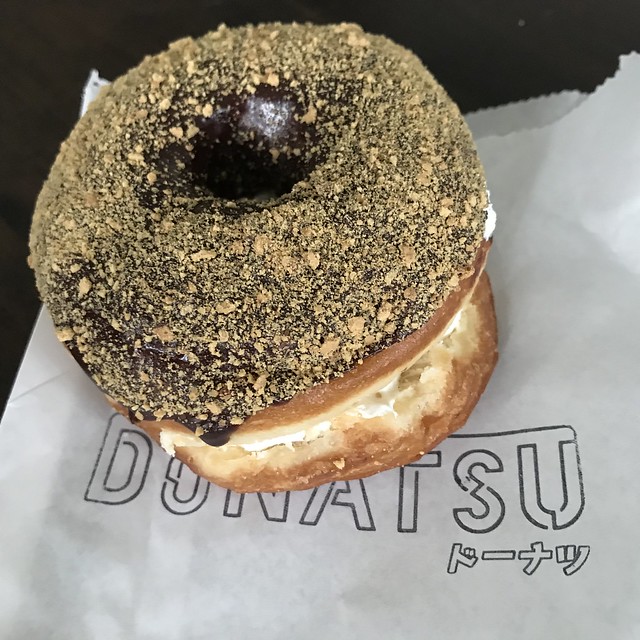 Both donuts tasted like regular non-vegan donuts, though I can’t say that I’m jonesing for another fix. The donuts seem to be more about appearances than flavor and could use some restraint with sugar. If you are in the midst of eating vegan and feeling deprived, these donuts are just what the doctor ordered.