Don’t even consider coming to Tsujita Annex unless you love pork fat. This temple to swine is not for the faint of heart. Even in health-conscious Los Angeles, there’s a never-ending supply of people willing to subject their bodies to porcine pleasure. Luckily the wait for a table is somewhat easier now that Yelp introduced a waitlist function so you can sign up before you arrive. 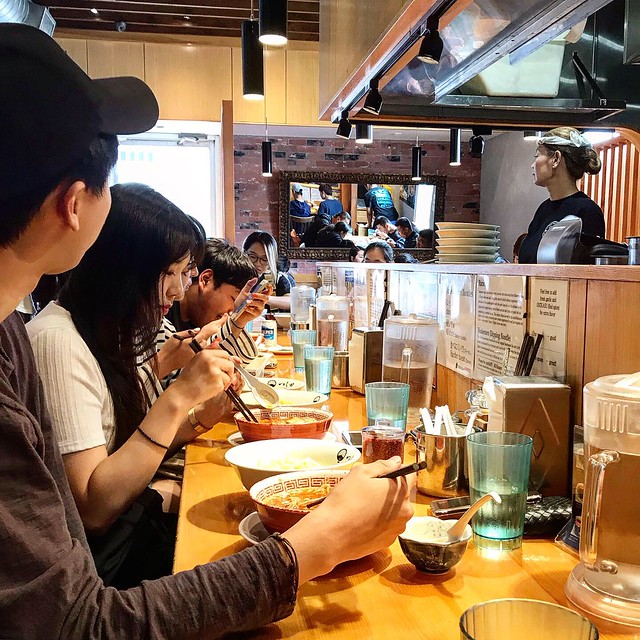 As you enter, you will be practically knocked down by the smell. There’s a definite funk in the air (seriously, this place ain’t for the faint of heart). I was surprised my daughter didn’t turn around and run screaming out the door (a true testament to her being a ramen addict). 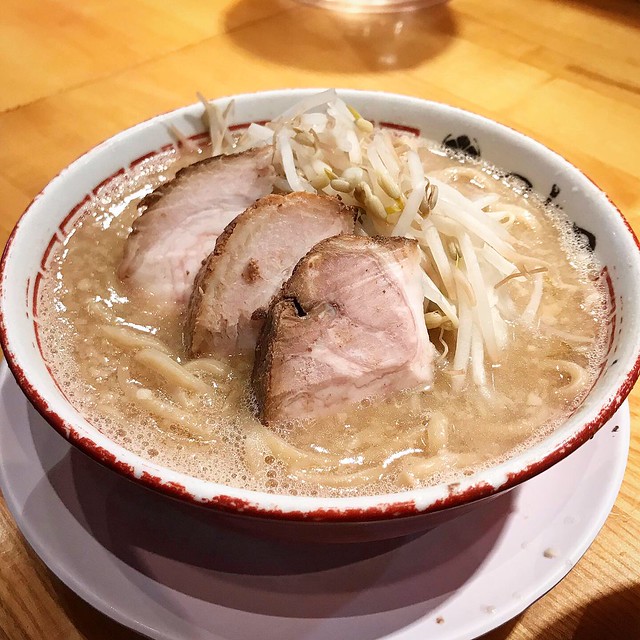 The menu is limited to either tonkotsu ramen or tsukemen, along with a handful of buns. If you don’t eat pork, the chicken or spicy chicken bun will be your meal. Tsujita Annex’s broth is made of simmered pork bones and back fat to create an intensely rich and fatty soup. The medium ramen has a good serving of thick noodles with bean sprouts and hearty slices of char siu. I usually have to stop my daughter from drinking tonkotsu broth, fearing that she’s slowly killing herself, but in this case, it was even too rich for her to consider. 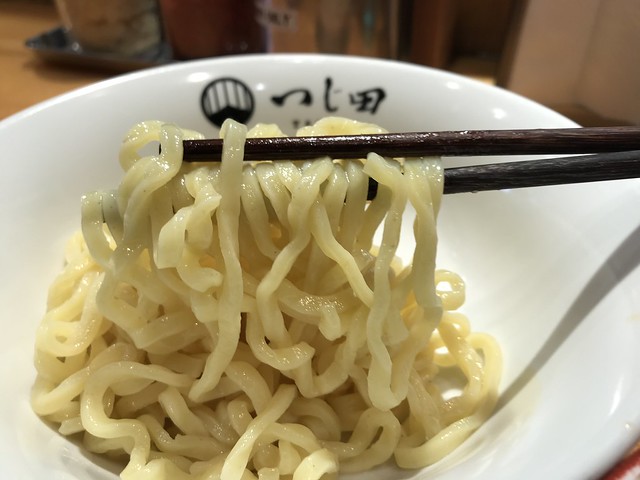 The medium tsukemen came with a generous mound of noodles and a bowl filled with pork broth, cabbage, char siu, bean sprouts and onikasu (Japanese chili powder). I was scared that it would be spicy, but I managed. If it’s not enough onikasu for you, there’s a jar readily available. The guy sitting us next to us put in a few scoops, tasted it, and then dumped in a quarter of the jar. It turned out to be way too much, as he had to pour half a glass of water into his bowl to temper the heat. 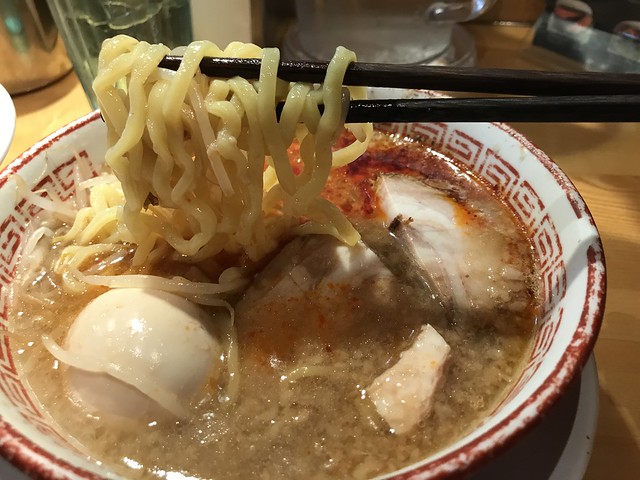 The broth was as fatty as the tonkotsu, but not quite as pork-intense as the one at Tsujita across the street, perhaps due to all that fat. At least the veggies helped cut through some of that fat. The char siu came scored, making it easier to eat the nice thick slices. 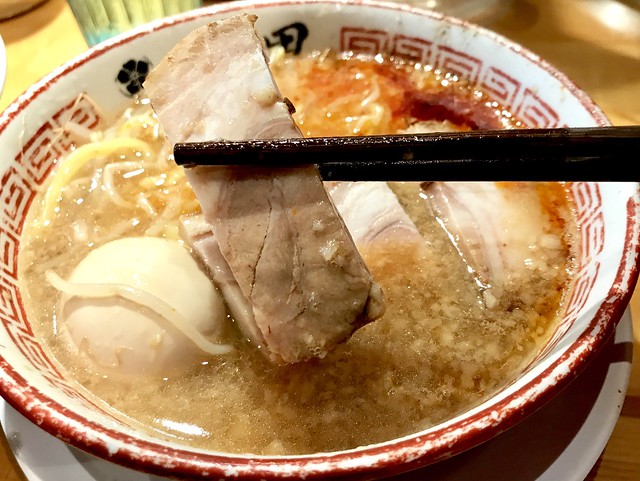 My soft boiled egg turned out to be a bit overcooked, which was a bummer. 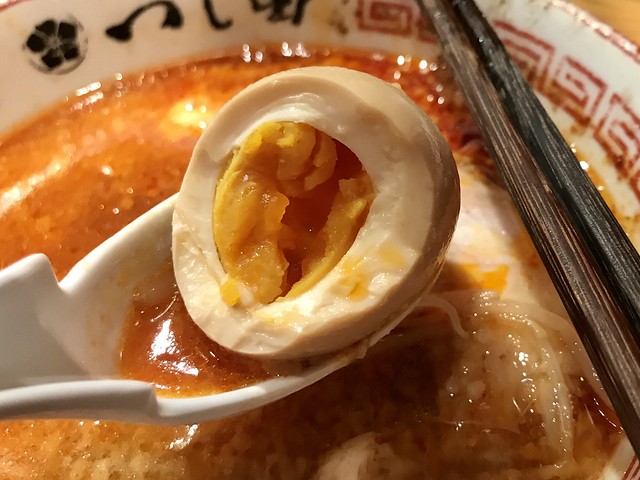 I love pork fat, but Tsujita Annex had me questioning my devotion. I was glad to have tried it, but can’t imagine subjecting my arteries to such punishment. Plus, there was that weird odor in the air, which put a damper on my eating enjoyment. Not that they need my business, as the crowd outside will attest. Because at Tsujita Annex, you go pig or go home.