Usually the words “cheap sushi” strike fear in my heart, afraid that the price is an indication of quality. However, Sushi Mania was recommended to me for reasonably priced sushi, so I figured it was worth a try. 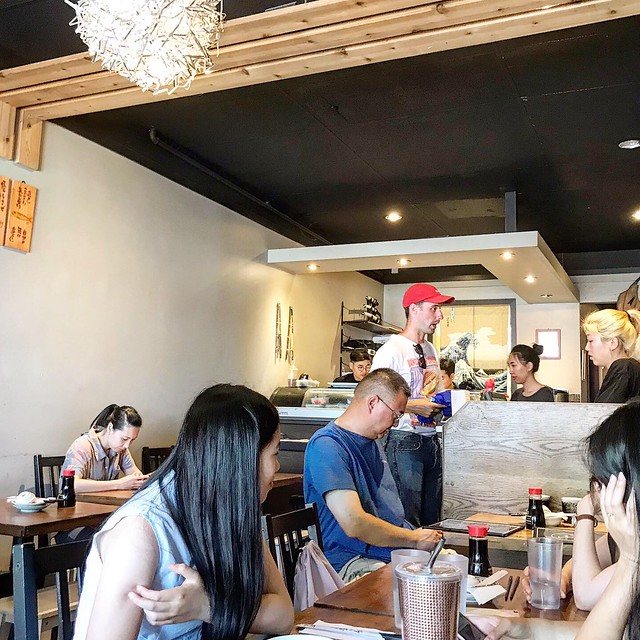 Sushi Mania is a tiny restaurant. They have two-item and three-item combos for $5.95 and $8.95 and various sushi combos starting at a mere $7.95. 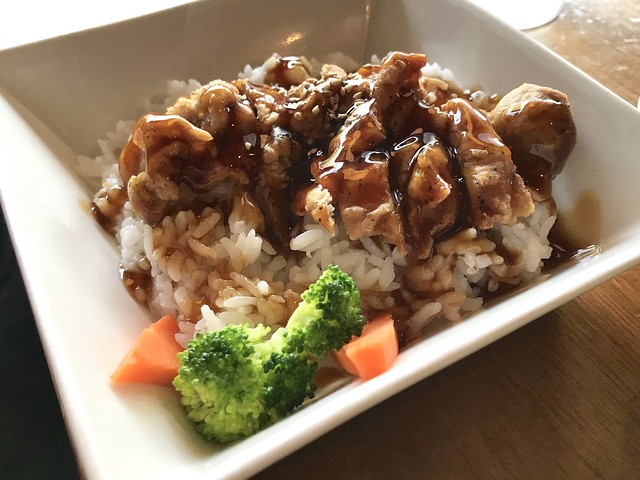 My daughter, who does not eat sushi, got a two-item combo of avocado roll and teriyaki chicken. The chicken even came with rice. She was happy. 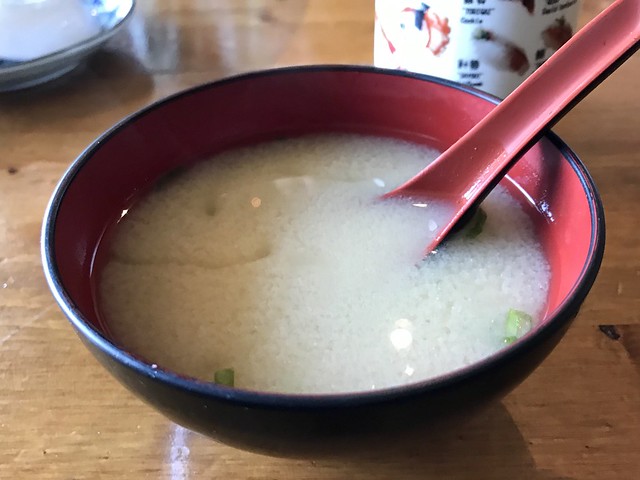 Combinations come with miso soup, which was served with a spoon. This was a first for me.

I NEVER eat sashimi because of the cost and could not pass up the opportunity to get a sashimi combo. The combo had 3 pieces of salmon, two tuna, and a few pieces of sushi (tuna,salmon and ebi). For only 25 cents per piece more, you can have wild salmon, instead of farmed. 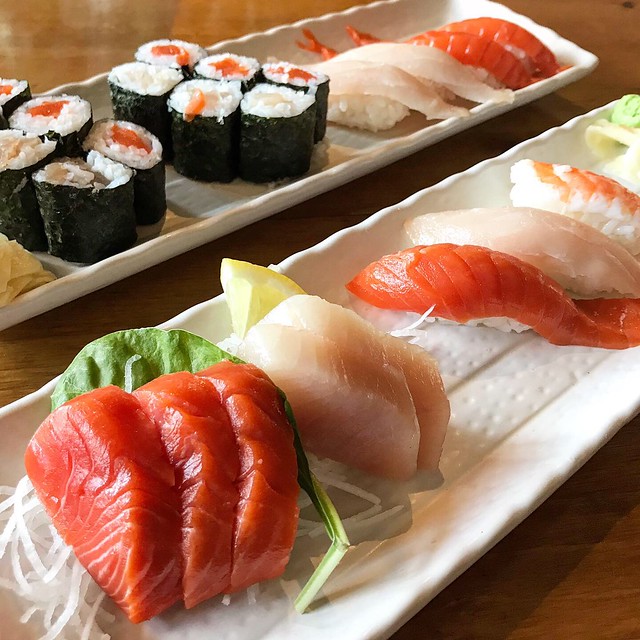 The cuts of sashimi were quite generous. The fish was fresh, so there was no odor, and delicious. 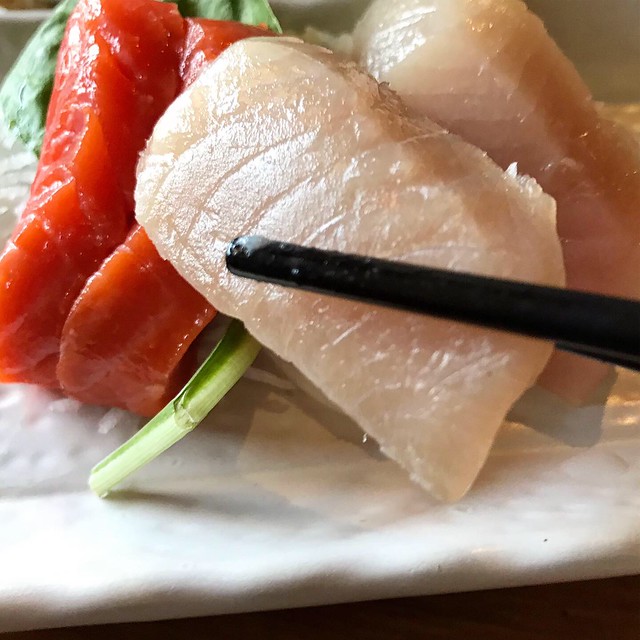 My husband went with the Tuna Salmon roll combo, which came with 6 salmon and 6 tuna rolls,  and a couple of pieces each of tuna and salmon sushi. Each of our combos were $8.95, which using current exchange rates, translated into $6.74 – an unheard of deal.

My only regret about the visit was not having ordered more food! I could not believe that this place wasn’t packed with people waiting outside, but I think we were just lucky.  Vancouver is famed for their sushi, and Sushi Mania proves that you don’t have to pay dearly to enjoy it.

One thought on “Sushi Mania – Vancouver”