Forget that Nashville hot chicken. The subtle charms of Pikunico’a fried chicken reflect an elegance and finesse missing from its spicier counterparts. Tucked away in the Row DTLA (when you reach Tartine’s The Manufactory, keep on walking), Pikunico is a hidden gem. 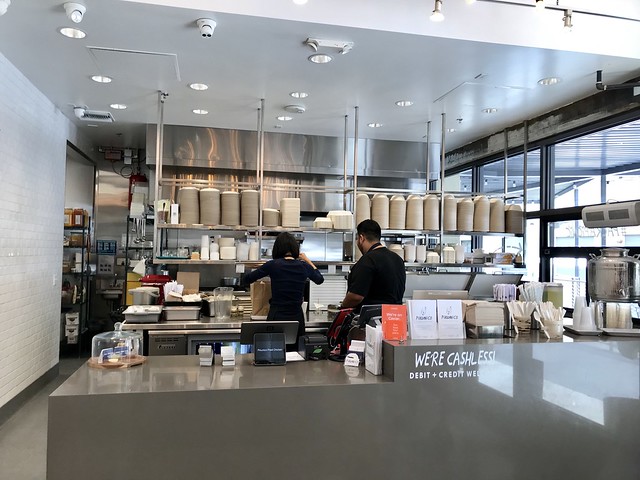 Pikunico, a blend of the words “picnic” and chef/owner Kuniko Yagi’s name, is a casual counter service restaurant. You place your order at the counter, behind which is their clean open kitchen. Chef Yagi, who says she cooks to make people happy, was busy in the kitchen when I was there. 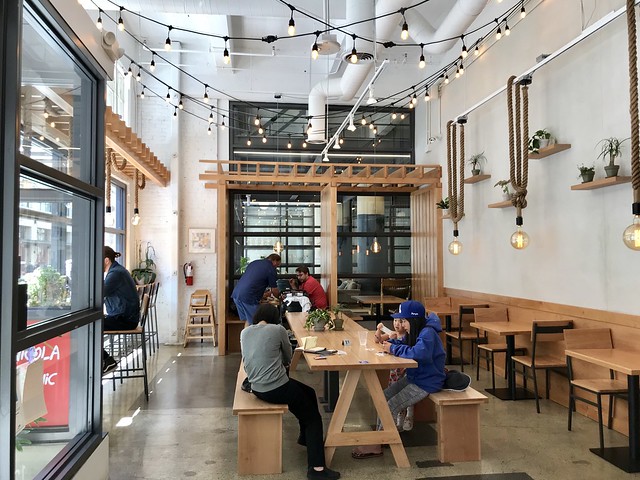 The specialty is karaage, Japanese-style fried chicken. There’s no flour used to dredge the chicken, so it’s gluten-free. You can order thighs, wings, tenders or a mixture thereof, as well as chicken sandwich. If you’re looking for a non-fried chicken there’s a chicken & ginger rice bowl with roasted chicken. Sides range from salads (slaw, sweet potato and seaweed & cucumber) to fingerling potatoes and ginger onigiri. 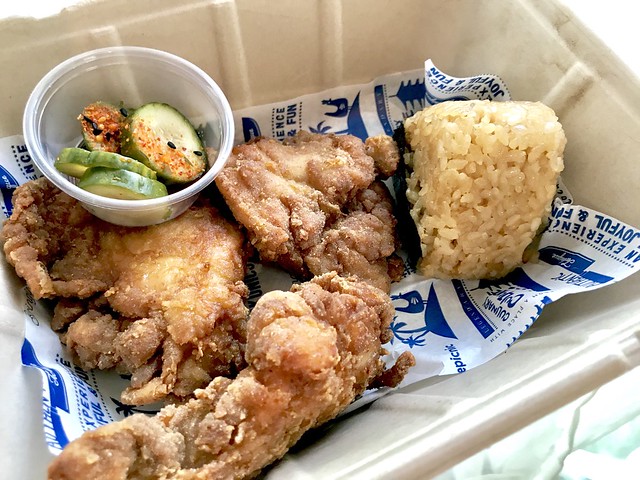 The Classic came with three pieces of thighs, all boneless. They were lightly spiced, very moist and incredibly delicious. The skin wasn’t too crunchy and was hard to resist eating. A side of pickled cucumbers with togarashi powder, giving them just a touch of heat, accompanied the chicken. 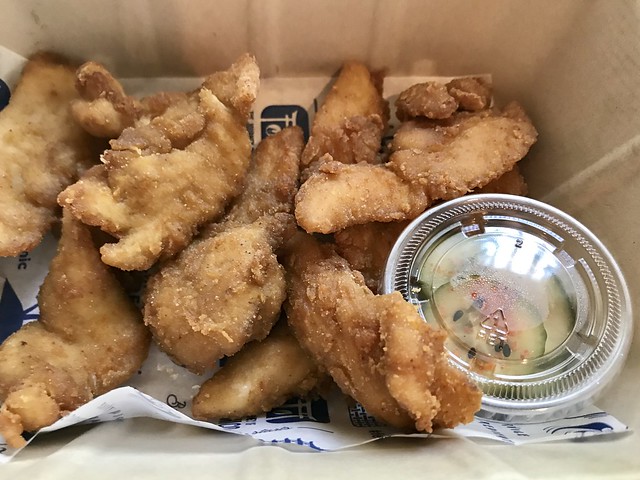 Order the tenders and you’ll get five pieces, lightly fried, seemingly less spiced than the thighs, making it perfect for dipping into the sauces that come with your chicken. 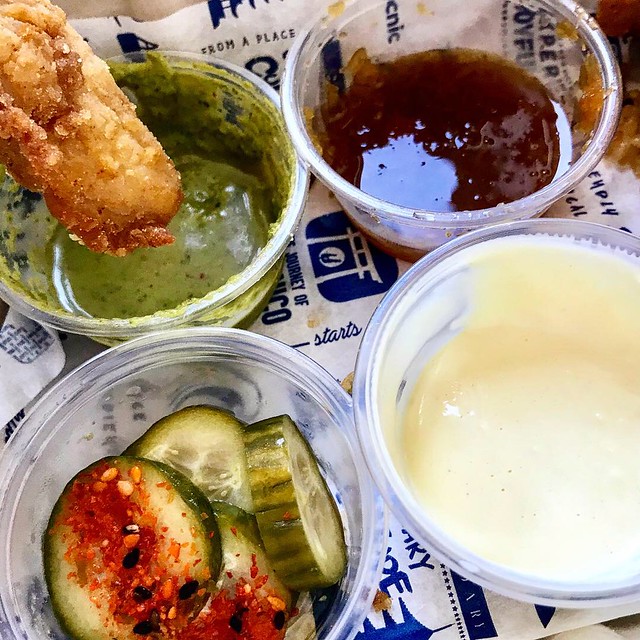 Lemon aioli was the blandest of the bunch, though the charms of mayonnaise are not lost on me. There’s also a zingy daikon ponzu and a sesame, which tasted familiar and yet not. Even though I thought the tenders were a little boring compared to the thighs, once we started eating, we couldn’t stop. 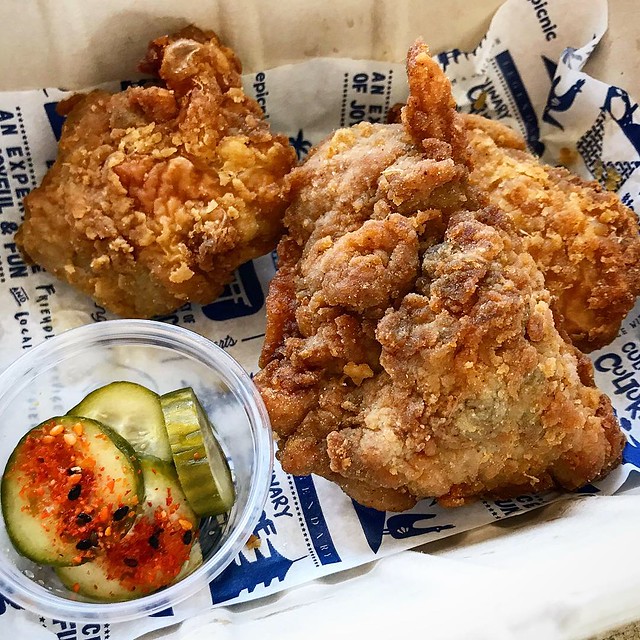 Usually onigiri relies on the fillings to give the rice ball some flavor. Pikunico’s ginger onigiri, which had no filling, was surprisingly savory, seasoned with soy sauce, ginger and garlic –  a more sophisticated take on the typical rice ball.

Pikunico does not accept cash, so be prepared. Parking is a breeze with free 2 hour parking with validation at The Row DTLA parking garage. While others are masochistically enduring long waits and subjecting themselves to chicken that they will regret eating the next day (as my coworker keeps doing), you can enjoy the pleasures of Pikunico’s expertly created meals. The only regret you’ll have is not having tried it sooner.