The vowels aren’t the only thing missing at STRFSH, Top Chef Michael Voltaggio’s fish sando counter in Santa Monica. Located on the second floor of the super awkward Gallery Food Hall, STRFSH specializes in upscale fish sandwiches – like the fancy relative of a Filet-O-Fish. 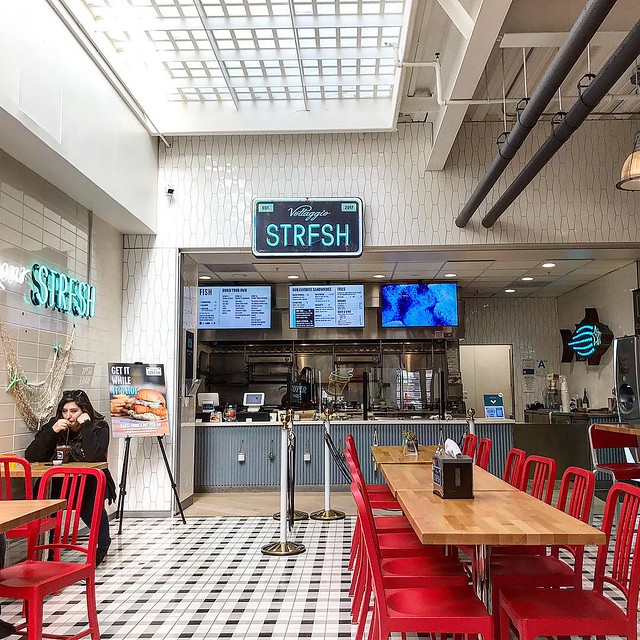 Grilled salmon or swordfish and fried beer-battered cod are your fish choices, along with a fried chicken option. You can either build-your-own sandwich on a bun or gluten-free tortilla or have it on a bed of greens, selecting a spice and 3 toppings or choose one of their favorites. 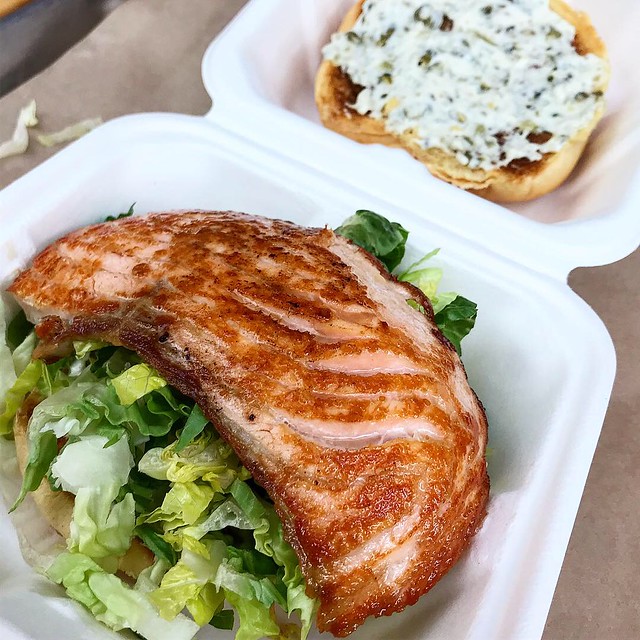 Since the name isn’t STRCHCKN, we ordered one salmon and one swordfish. The namesake STRFSH was pretty basic – salmon, sea salt, lettuce and tartar sauce, served on a bun. The piece of salmon was a  decent size and grilled nicely, but a little pricey at $11 as there were no sides, not even a little cup of coleslaw, for a fast casual place. It was a little bland too, especially considering it was named after the restaurant and should be their signature dish. 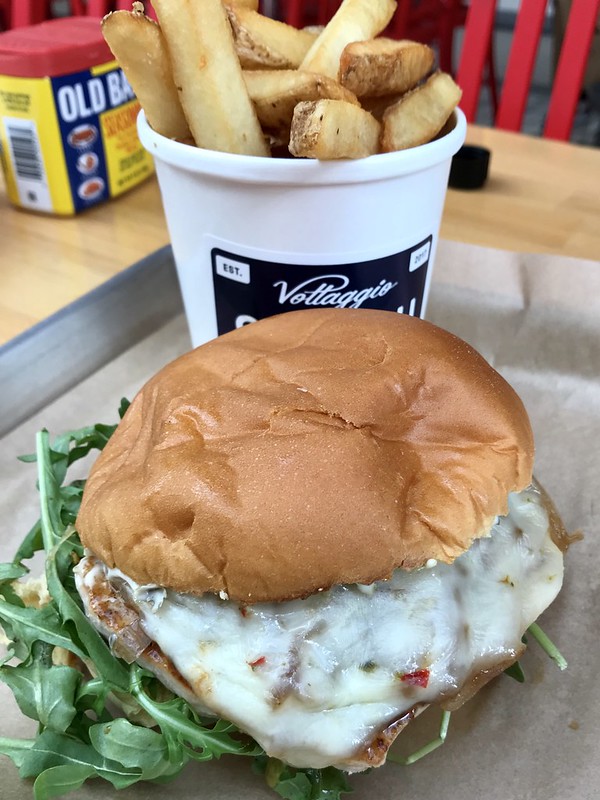 The Michael’s – swordfish, sea salt, pepper jack cheese, caramelized onions and arugula – fared better in terms of flavor, though the large amount of tartar sauce kind of overwhelmed the sandwich. 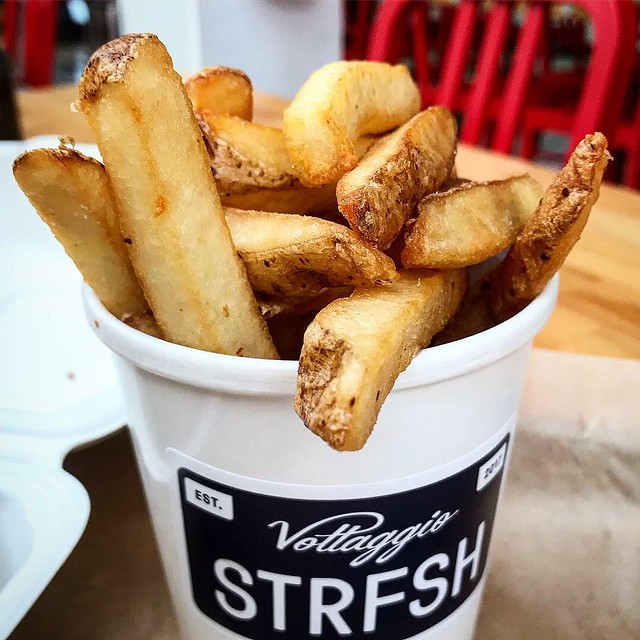 Our fish may not have been fried, but we did get a side of french fries which were thick cut, not as crispy as I would have liked them to be, but did a good job of mopping up the malt vinegar and Sir Kensington ketchup.

Since this is Michael Voltaggio’s creation, you’d expect more than a decent fish sandwich that you could find at any number of stands. What’s missing is that creative vision – maybe it’s on holiday along with those missing vowels.