Who in their right mind goes to the food court at Koreatown Galleria and orders Japanese food? Uh, me (though it might be argued that I’m not right of mind). Tired of the many meals at Tonkatsu House, my daughter, who doesn’t like Korean food (but loves their music and their boys), chose Plaza Sushi. 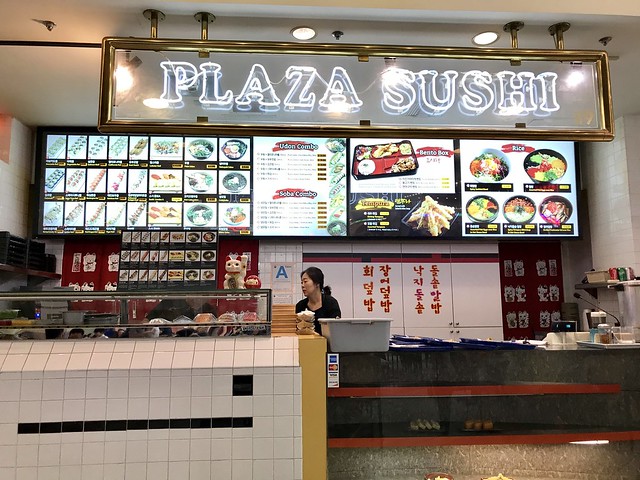 My non-adventuresome offspring went the safe route and got the udon, while her more sophisticated friend got the same with tempura. 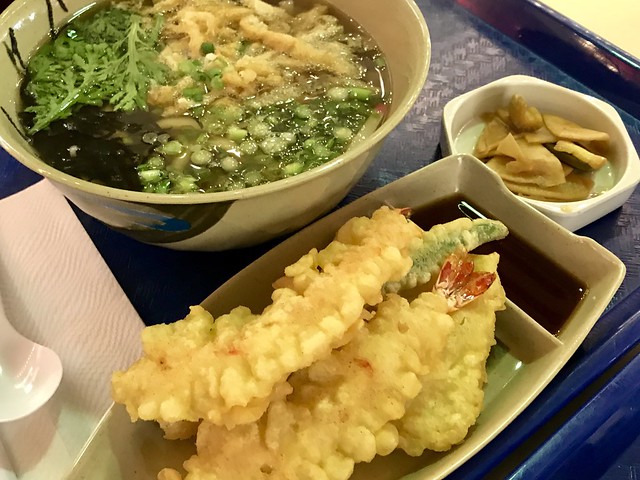 The udon was pretty basic and probably the least challenging dish in the whole food court, but it made my daughter happy. 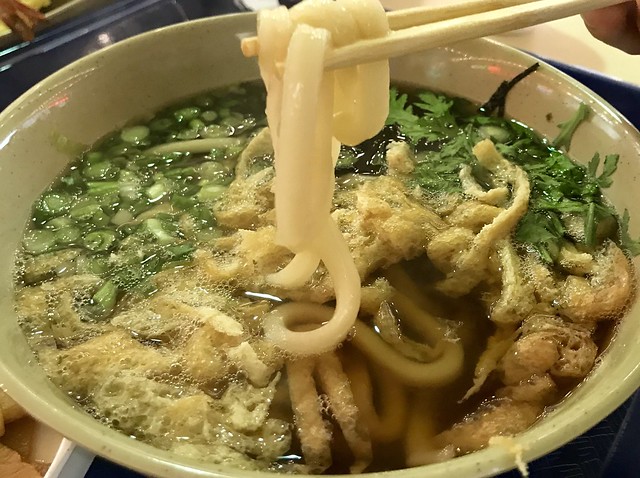 I wasn’t about to take my chances with food court sushi, though other customers did, and wanted something a little more exciting than your typical Japanese food. After scanning the menu, I saw they had bibimbap – one of a handful of Korean dishes available. 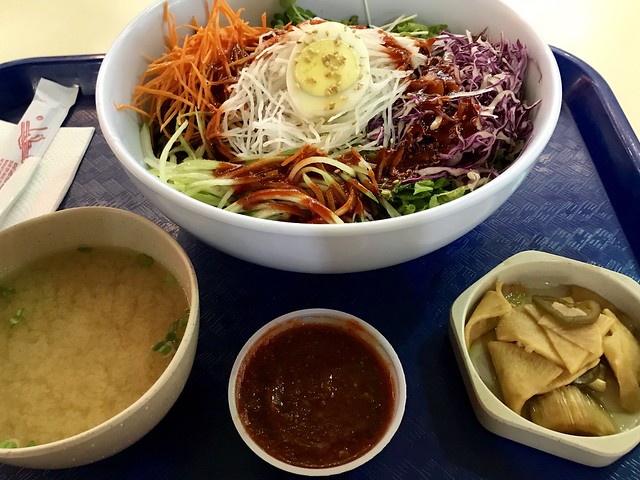 It must not be a very popular dish because my daughter and her friend got their food and had already finished by the time my order was ready half an hour later. I like to imagine that the cooks were painstakingly julienning the vegetables. To my surprise, it was a completely vegetarian dish, with carrots, cabbage, radish, cucumbers, lettuce, and noodles, topped with half a hard-boiled egg. It came with miso soup and pickled radishes. 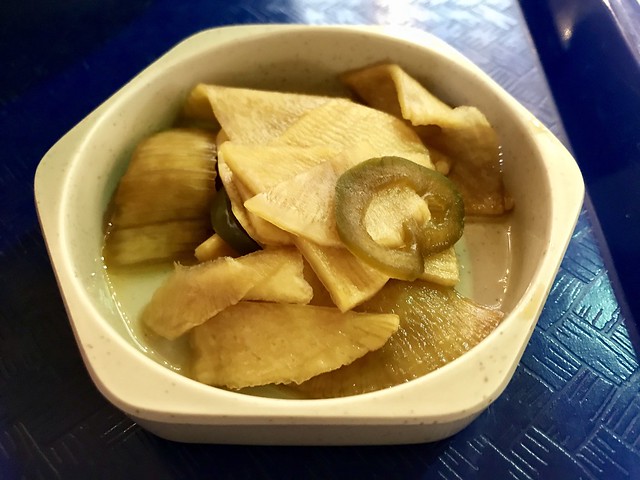 Like many of the dishes in the food court, the bibimbap was enormous and could feed two. The dish itself was pretty bland, but it came with a spicy gochujang sauce that could be poured on top. Even with my appetite, I barely managed to make a dent. It did feel super healthy though with all those vegetables, sparing my arteries from additional clogging from Tonkatsu House. 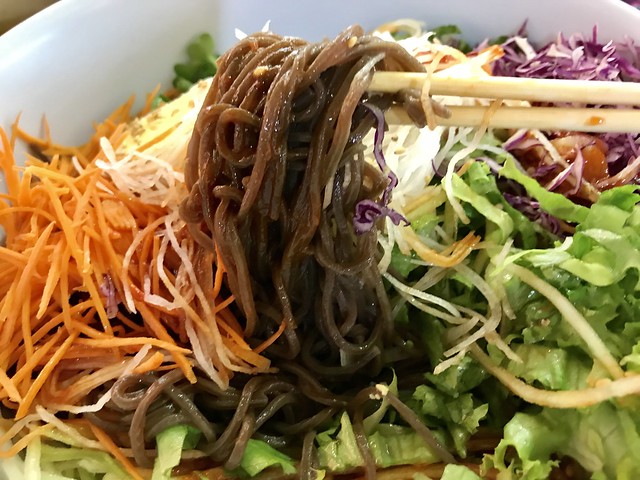 If you’re wandering around lost in the food court at Koreatown Plaza, I’d recommend taking a chance on one of the other vendors. However, if you’re in need of something bland and safe, Plaza Sushi’s got what you need.