If waiting is not your thing, stay away from Eataly. This Italian marketplace and restaurant emporium opened their first location on the West Coast last weekend, attracting foodies from near and far. On Saturday, the wait time to just get into Eataly (which doesn’t even include the wait time to get a table) was over two hours. To update foodies on the wait, Eataly even has a Twitter feed indicating the approximate wait time measured in peppers.

We arrived shortly after 8am on Sunday, right when Eataly opens. We were lucky enough to make it inside, but by 8:30am, they stopped letting people in and a crowd formed outside.

At that hour, the only place open is Lavazza for coffee and pastries. They were so overwhelmed by the turnout that they had to open the upper floor seating area for customers to sit.

After waiting in line, we bought a couple of pastries.

The dark chocolate in the pain au chocolat was so generous that it oozed out the sides.

The cornetto with prosciutto, on the other hand, held just a couple of thin slices of prosciutto. The prosciutto, so fragilely delicate, was a bit overwhelmed by the dough. 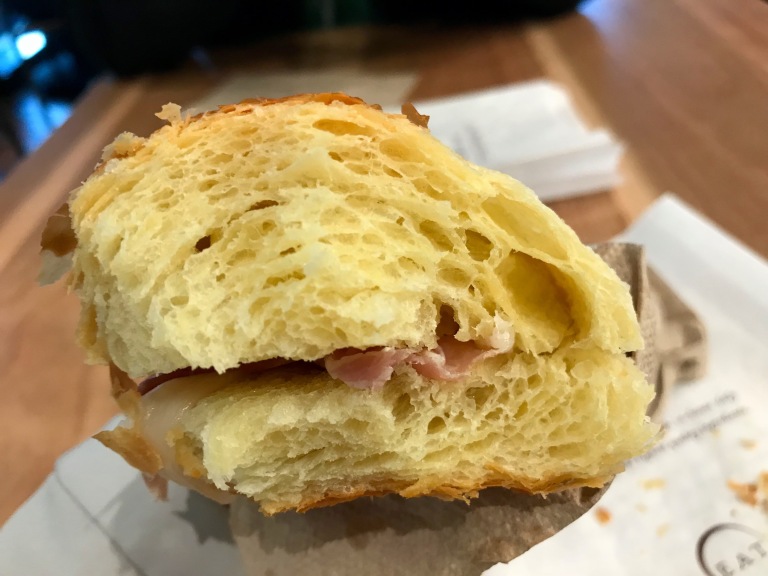 The cornetto was not as buttery as a croissant but was appropriately flaky, covering my table with its shards. Were they good? Yes, but not life-changing and certainly not worth waiting in any ridiculous lines for. 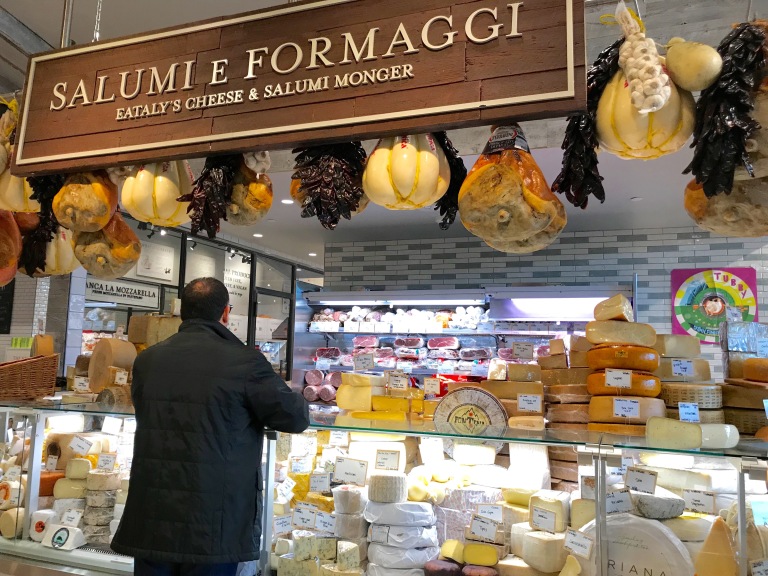 The marketplace opens at 9am, causing a flurry of activity as everyone seated starting standing up and made a beeline over to the market. I was still brushing off croissant crumbs while the crowd descended upon the marketplace. 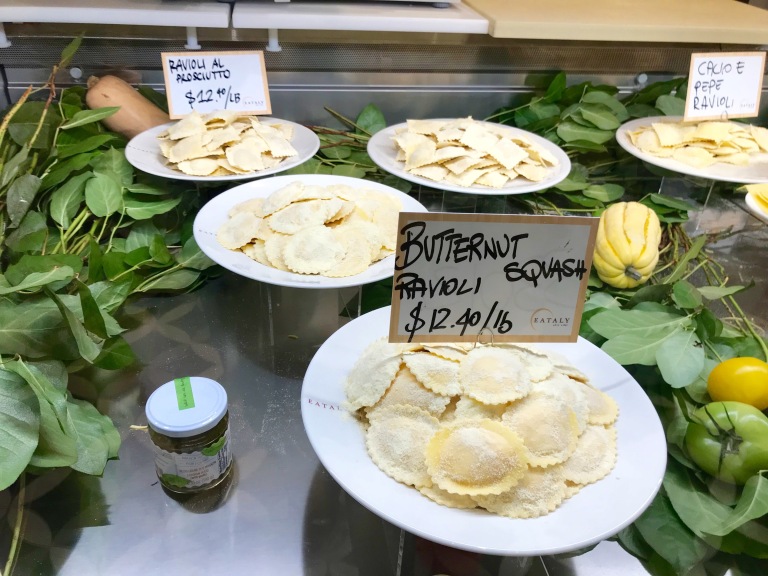 Inside the marketplace, there are several food counters, including pasta, fish, bread and cheese.

The restaurants don’t open until 11am. Were we tempted to wait two hours inside Eataly until they opened? Um, no. 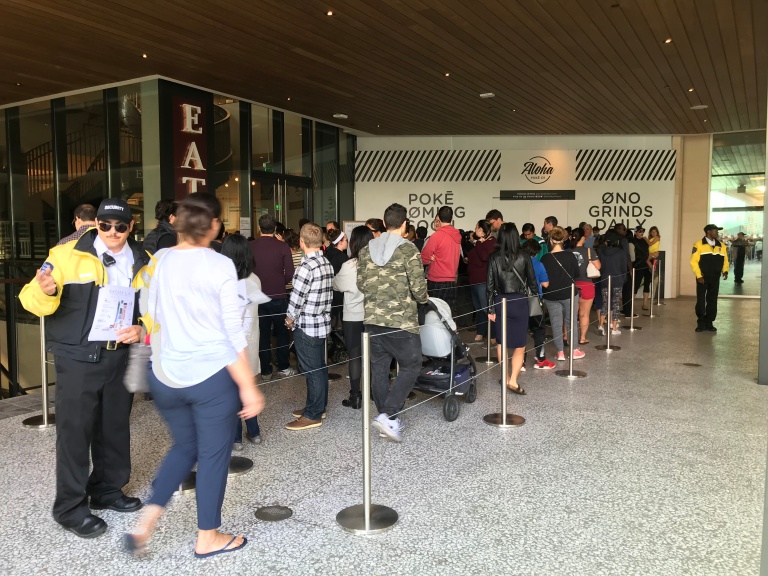 When we left shortly around 9:15am, the line had managed to start meandering down the corridor. As one person put it, “it was worse than a line at Disneyland.”

Am I curious to try the restaurants? Well, yes, but I think I’ll have to give it a few months until the initial curiosity has worn off.

If you’re interested in checking out Eataly, you may want to arrive early in the morning (if you’re not interested in eating at the restaurants) or time it just before or after the lunch rush. Otherwise, bring a fully charged phone, or better yet, good company and lots of patience.

After the first month, the crazy crowds at Eataly have disappeared. While popular, there are no longer lines outside to enter.