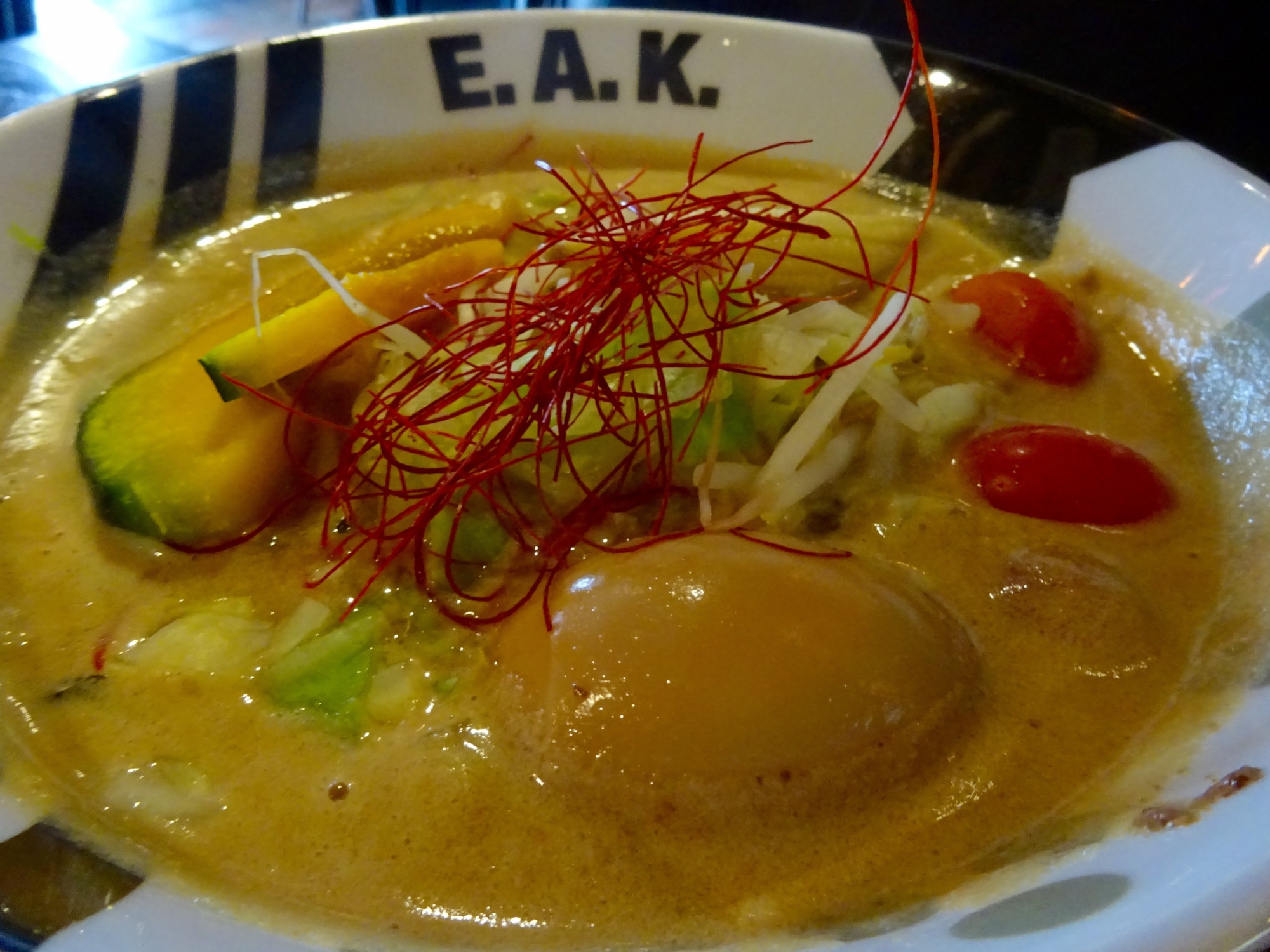 According to a sign in EAK Ramen, there are more ramen shops in Japan than McDonald’s worldwide. Whoa. With that number, it’s no wonder regions developed their own style of ramen.  EAK Ramen on Melrose, which recently opened a few months ago, specializes in iekei ramen (pronounced E-A-K, hence the name) from Yokohama, blending the tonkotsu pork style with the shoyu soy sauce style.

If you’re vegetarian or vegan, fear not. EAK Ramen offers the vegetarian Go Green! (pictured above) and the vegan Green House, both in a flavorful vegetable broth. The Go Green broth is enriched with soy milk, giving it a creamy flavor, with thin noodles, seasoned egg, kabocha squash, baby corn, cabbage, bean sprouts, and cherry tomatoes.

Unlike the other ramen shops in town, EAK Ramen uses a noticeably thicker ramen noodle, making it a little heartier than the norm. The pork and chicken broth is much lighter than the pork-fat laden tonkotsu broth, more flavorful than a regular shoyu broth. 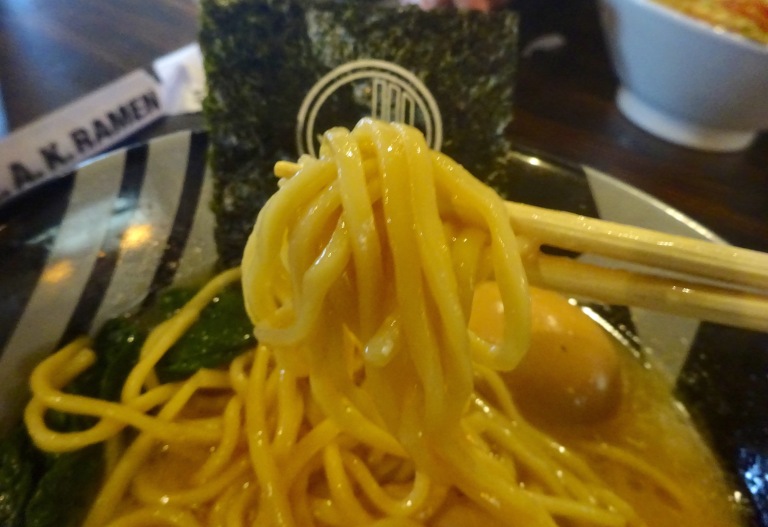 The basic EAK ramen in pork and chicken broth comes with a slice of pork chashu, seasoned egg, spinach and a piece of nori stamped with their logo. The chashu was pretty good – too bad there was only one piece. 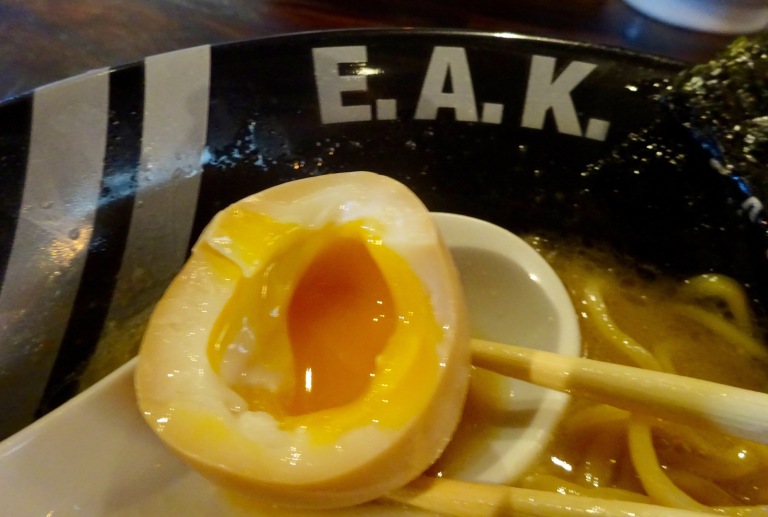 If you are avoiding gluten, there are rice bowls and salads, all wheat-free.  EAK Ramen also has several appetizers which range from karaage fried chicken to “Asian fries” to Adegasahi tofu” and a daily Happy Hour with $5 draft beers. However, if you’re like me, you’ll cut straight to the chase. As the staff’s shirts say, “But First, Ramen.”