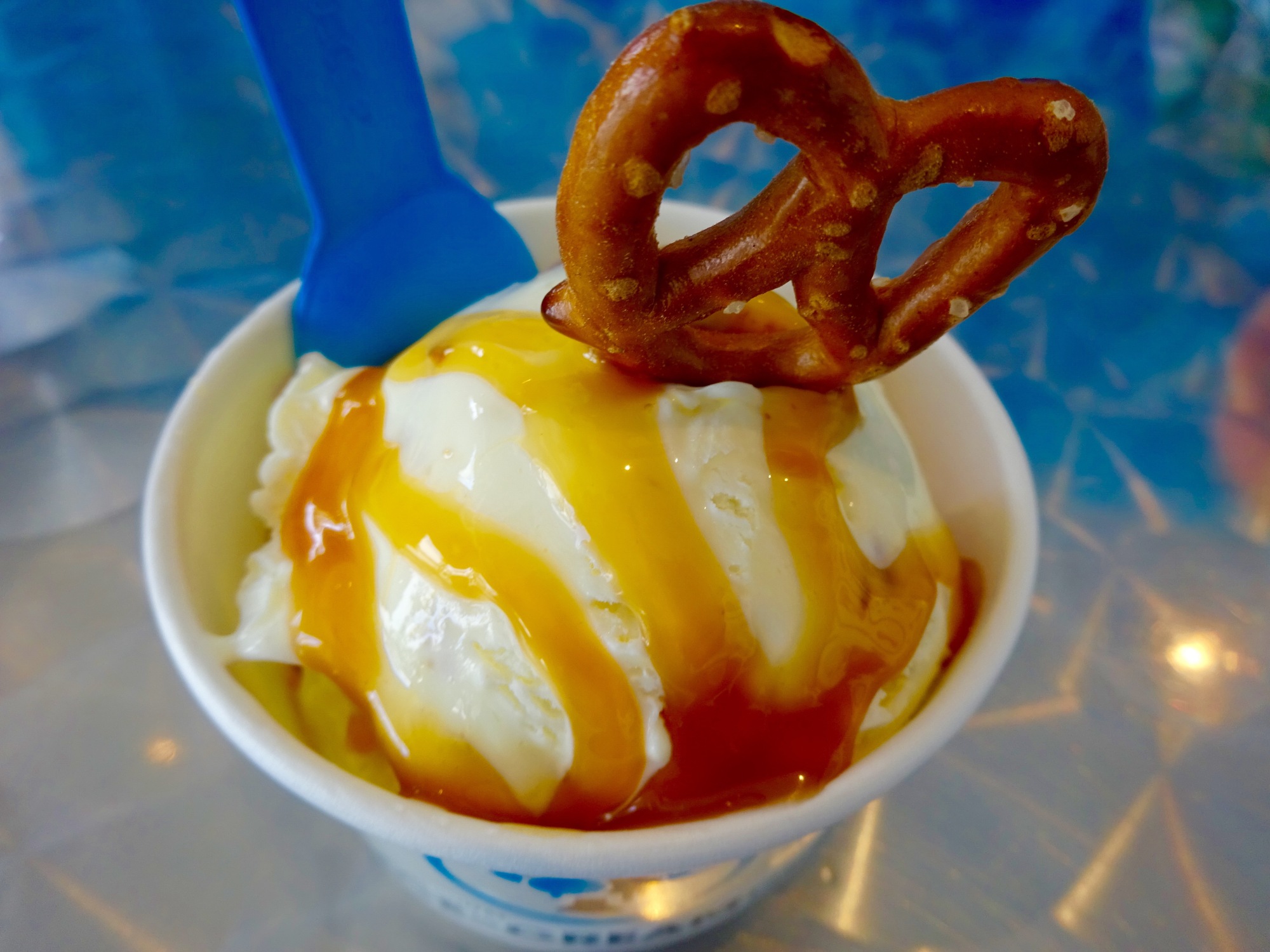 The latest food fad that seems to be sweeping the city, other than poke, is the proliferation of liquid nitrogen ice cream shops. Ice Cream Lab, the first of the bunch, opened two years ago in Beverly Hills. Each ice cream is made-to-order, with fresh ingredients that are flash-frozen right before your eyes.  Because everything is made fresh, the ice cream is organic, kosher, and does not have preservative, artificial colors/flavors.

When we visited, there were 10 different flavors from which to choose. For those vegans out there, Ice Cream Lab offers a vegan chocolate and a vegan vanilla, both made with coconut milk and agave nectar.  The smallest size offered is a medium, which kind of defies normal logic. Since the medium is the equivalent of a small scoop of ice cream, it’s probably to fool you into thinking the $5.5o price isn’t quite so steep. Once you’ve selected your flavor and toppings, they write your name and selection on the side of a cup, just like at Starbucks.

Based on the name, I thought the place would have leaned more heavily on the “lab” idea with test tubes and beakers filled with ingredients. Instead, it was much more streamlined with the cream base already premixed and in a container. The base is then poured into a measuring cup, which then gets poured into a mixing bowl, along with any flavor add-ons.

Even though there were several interesting flavors like Blue Velvet (with Blue Velvet cake and cream cheese frosting) and Banilla (with bananas, Nilla wafers and caramel), my daughter chose Chocolate. At least she added some rainbow sprinkles on top.

I wish I could say that the ice cream was amazing. It was ice cream, soft and creamy, but nothing mind-blowing.  At least it was nice to know, that it was organic and free of artificial stuff (of course, I can’t say the same for the rainbow sprinkles). 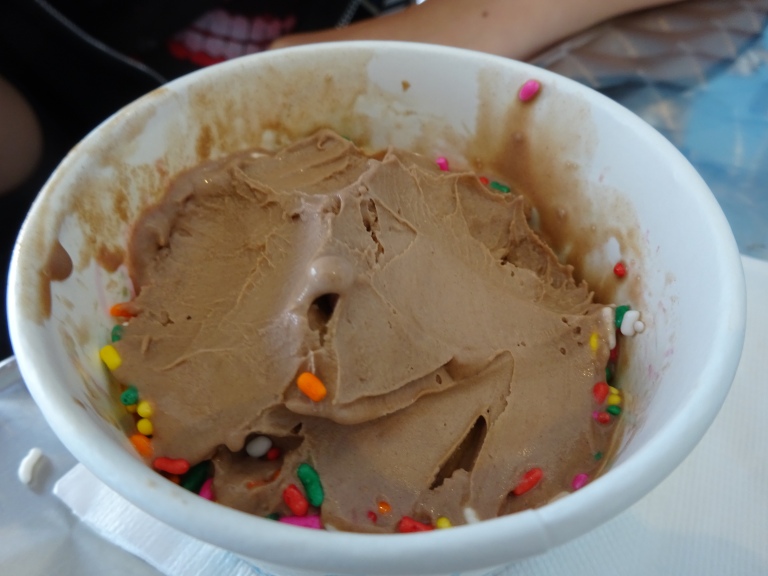 I almost went for the Movie Time Crunch (caramel popcorn base with chocolate drizzle), but the Salt Lick Crunch won. The Salt Lick Crunch consisted of vanilla ice cream with pretzels, caramel drizzle and a dash of sea salt. I enjoyed the salty-sweet combo and may start making pretzels a regular add to my ice cream at home.

If you are thinking about going to Ice Cream Lab, Groupon regularly offers deals on Ice Cream Lab – typically two medium ice creams with one topping for $7. I bought mine when there was an additional discount on Groupon offers and only paid $5.25, which was a relative bargain. At the normal price, Ice Cream Lab is a little on the expensive side, but might be worth it if you have kids that might get a kick out of the whole experience. Otherwise, grab your Groupon first and go.

As of June 2017, this location is closed. Additional location in Little Tokyo renamed Molecular Creamery.