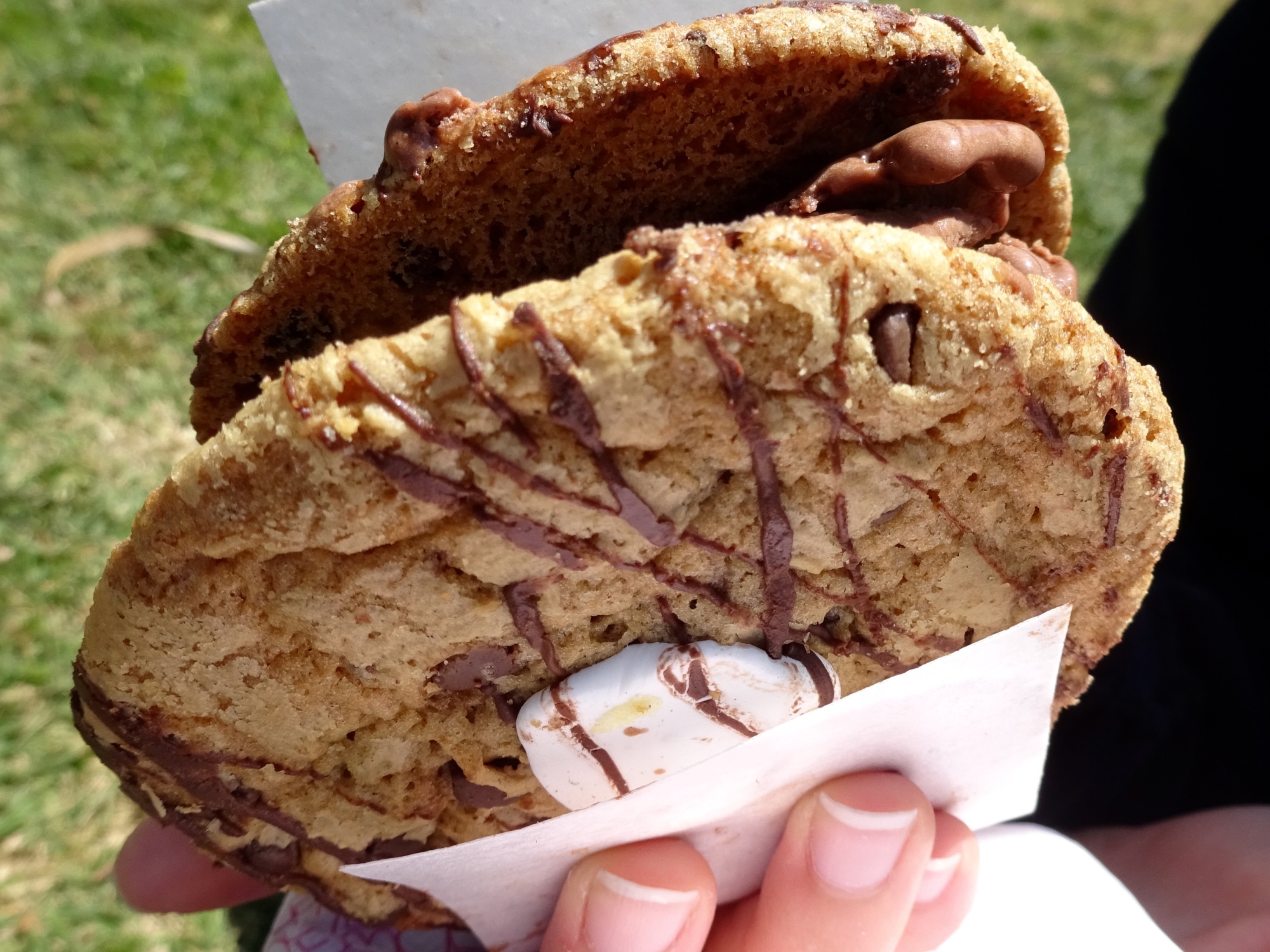 COOLHAUS started as a food truck back in 2009, but somehow I never managed to try one of their ice cream sandwiches. The truck and I never seemed to cross paths – except once, a few years ago. The truck was parked across the street at the Westfield Century City Mall as a promotion for some radio station, giving away FREE ice cream sandwiches. I ran across the street on my lunch break, but to my disappointment, they had already cut off the line. I sadly retreated back to work.

This past weekend we went to the YALLWEST (a book festival devoted to young adult fiction) in Santa Monica. They had advertised that there would be food trucks, and there, in all its glory, was the Coolhaus truck. We went to see a panel about Strong Female Characters moderated by Veronica Roth of Divergent fame and met up with one of my friends. We saw someone who had an amazing looking ice cream sandwich from Coolhaus – if ice cream sandwiches could give a “come hither” look, this one sure did. My friend had never tried Coolhaus either because she couldn’t bring herself to spend $5 on an ice cream sandwich – not when Diddy Reese sells them for $1.75. We parted ways, and I ran to catch up to my husband and daughter. When we returned to where my friend had been, she was nowhere in site. My daughter said she wanted to go to the food trucks so off we went.

A line had formed at the Coolhaus truck, and there standing in line was my “I’m-never-spending-$5-on-an-ice cream-sandwich” friend! That’s how good that ice cream sammie looked. We joined the fast-moving queue.

My daughter opted for chocolate chip cookies with sea salt caramel ice cream. My friend and my daughter said the sea salt ice cream was delicious.

I got the gingersnaps with coffee kahlua and donuts ice cream.  I scarfed it down in about 6 bites. When I looked at my daughter’s progress, she had only made it halfway through her ice cream sandwich. In my defense, I think the guy was a little stingy with my ice cream scoop.  The ice cream was a little light in coffee flavor, but the cookies were soft and tasty.

The sandwiches come with an edible rice paper wrapper. My friend thought the guy at the truck was just messing with her when he told her that the wrapper could be eaten. When I told her that it was true, she tried it. “What does it taste like?” someone asked. “Like nothing,” she replied. She was right.

My husband made the best bang for your buck choice and got a float with cola and nutella and almonds ice cream. The floats come with your choice of Boylan’s black cherry, cola, root beer or cream soda and a generous scoop of ice cream. 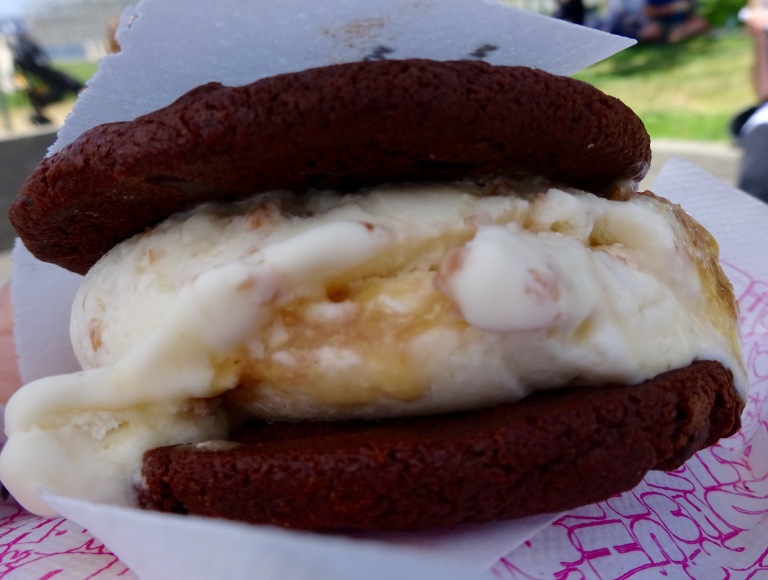 My verdict?  I would happily go to a Coolhaus truck again. My husband and daughter would agree.  The ice cream sandwiches taste better off the truck than they do prepackaged from the freezer at the market (although those taste pretty damn good too). 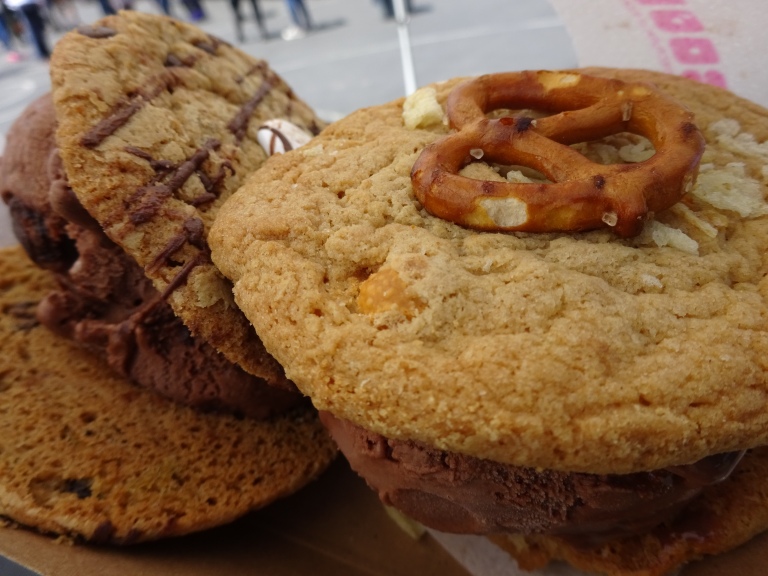 Are they worth $5? By Westside standards, yes. Plus Coolhaus uses organic ingredients wherever possible and hormone-free dairy products.  So really, eating a Coolhaus ice cream sandwich is like eating health food – you’re doing your body a favor (at least this is the excuse I’m using).

The flavors change frequently.  The mint chip ice cream, if they have it, is fantastic, with bits of fresh mint leaves dancing throughout the ice cream. If the trucks are too hard to find, there are two store locations in Culver City and Pasadena to satisfy those ice cream sandwich cravings.